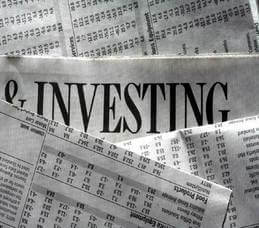 Bond investors may have noticed that there’s something going on in Greece about the country being broke.  Perhaps investors haven’t paid much attention because Greece is a little country that is far away, and they don’t hold any Greek bonds, anyway.

Why has the global economy boomed over the past several decades?  Debt.  The world has been borrowing up to its eyeballs and using that money to spend up a storm, creating non-organic prosperity.

It isn’t just Greece.  It’s every developed country and a lot of undeveloped ones, as well.  Even worse, the debt in one country is purchased by other countries, while those other countries sell their debt to others countries. It’s one big spider-web of borrowings that has gotten wildly out of control.

Meanwhile, every government jams its head in the sand and pretends they won’t have to pay the Piper.  When one country finally gets so bad it has to institute austerity measures, the people cry and whine over why they must suffer, even though they are the ones who voted in the deadbeats in the first place.

So they do what they always do, vote for a government that promises to push the irresponsible policy of getting a bailout, cleverly disguised as “debt reduction,” from other richer countries…even though those countries are in debt up to their eyeballs, as well.

In Greece, the radical left-wing Syriza party won the election, on a platform rejecting austerity and focusing on getting some “relief” from the country’s creditors. It got so ridiculous that Syriza’s candidate repeatedly demonized Germany’s leader, Angela Merkel, for daring to support the notion that Greece actually suffer through austerity in exchange for a 240-billion-euro bailout.  Shame on Merkel for being responsible!

Syriza has now forced a showdown with “the troika,” consisting of the IMF, European Central Bank, and European Commission. The troika has inspectors that are supposed to review Greece’s austerity progress. If satisfied, Greece gets cheap financing and its banks get cheap funding from the ECB.

Except Syriza doesn’t recognize the troika’s authority, and when a 7-billion-euro loan from the ECB is due this summer, Greece isn’t likely to have the money to repay it.

Some of it is political theatre, of course.  Syriza is trying to split the bailout into pieces, asking that “only” 30% of the bailout should be replaced by 10 fiscal reforms to be agreed upon with the Organization of Economic Cooperation and Development.

Uh huh.  The old “we promise to reform if you don’t make us pay back the whole thing” routine?  That’s a sucker’s bet and the EU knows it.

Greece may have to leave the Eurozone, to whom it owes 60% of its debt.  That will require Greece to return to a national currency, and lose monetary support from the troika.

Here’s why it matters: while Greece is small, it could create a contagion, encouraging other debt-laden countries to do the same, ripping apart the euro, and creating havoc in the currency and financial markets.

This all occurs as the Athens stock exchange is already down 25% in recent weeks. Greece’s bond yields have spiked above 9%, as investors sell them off. The euro fell again, closing in on the one-for-one U.S. dollar exchange rate.

This comes in conjunction with the ECB’s own quantitative easing program, partially instituted to help contain any contagion, but which will likely have the same effect on European markets as the U.S. plan did – namely, lowering bond yields so much that it will force investors in stocks to seek higher-yielding investments.

So what does this mean for you, the U.S. investor? First, stay far away from Greece.  If you think you are in a bond fund or ETF that might have a lot of Greek exposure, sell it. If you are going to invest in Europe, then you better have a long-term horizon.

I spoke to a former Eurozone mutual fund manager.  She believes there is some merit to investing in a broad basket of European stocks, such as the iShares MSCI EAFE (NYSE:EFA), which has bounced off its 52-week low.  I would buy in now and be prepared to average down, or to set stop losses.

Another move is to buy the WisdomTree Europe Hedged Equity ETF (NYSE:HEDJ), which gives you exposure the biggest and best brand names in Europe but is hedged against the euro in case it craters.

You may also consider going long the U.S. dollar by purchasing the PowerShares DB US Dollar Bullish ETF (NYSE:UUP).

About Lawrence Meyers – Larry is regarded as one of the nation’s experts on alternative consumer finance. He consults for hedge funds and private equity via his Council Member status at Gerson Lehman Group, and as a member of Coleman Research Group’s Executive Forum. He also consults for Credit Access Businesses and Credit Services Organizations in Texas. His Op-Eds and Letters to the Editor have appeared in over two dozen major newspapers. He also brokers financing, strategic investments, and distressed asset purchases between private equity firms and businesses of all stripes. You can reach him at [email protected]