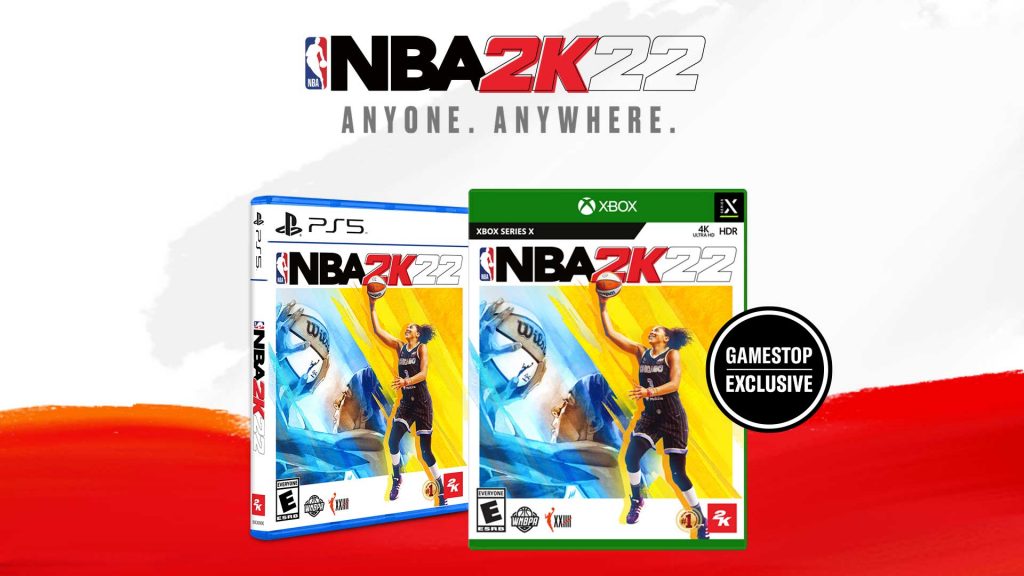 GameStop is set to release its fiscal second-quarter 2021 earnings on Wednesday after the close of markets. What should investors expect from the gaming retailer’s earnings?

GameStop stock has been very volatile in 2021. The stock trades at less than half of its peaks but is still up over 1,075% for the year. GameStop, along with AMC Entertainment, has been the two most popular stocks on Reddit group WallStreetBets. Pumping from WallStreetBets and the subsequent short squeezes have led to a steep rise in GameStop stock.

For the last two earnings calls, GameStop hasn’t been taking analyst questions. The earnings calls provide analysts an opportunity to question the management on the performance of the business as well as the outlook. However, while GameStop has announced impressive plans and expects to increase the TAM (total addressable market) fivefold, we don’t have much granularity.

Analysts polled by TIKR expect GameStop to post revenues of $1.12 billion in the fiscal second quarter, a year-over-year rise of 19.2%. If analysts’ estimates are right, this would be the second consecutive quarter when it would report a yearly rise in revenues. Prior to the fiscal first quarter, the company’s revenues had fallen for nine straight quarters. That said, the increase in revenues is coming from a low base as the company’s sales had plummeted in 2020 amid the store closures.

Analysts expect GameStop’s sales to rise 18.1% in the fiscal third quarter but then fall in the next three quarters. As the favorable YoY comparisons would not be there in the coming quarter, the company would have a tough time reporting YoY increases in sales. Meanwhile, GameStop is expected to post an EBITDA loss of $14.2 million in the fiscal second quarter.

Like fellow meme stocks, GameStop has also been on a capital raising spree and last sold 5 million shares in June to raise over $1.1 billion. It said that it “will use net proceeds from the ATM Offering for general corporate purposes as well as for investing in growth initiatives and maintaining a strong balance sheet.” 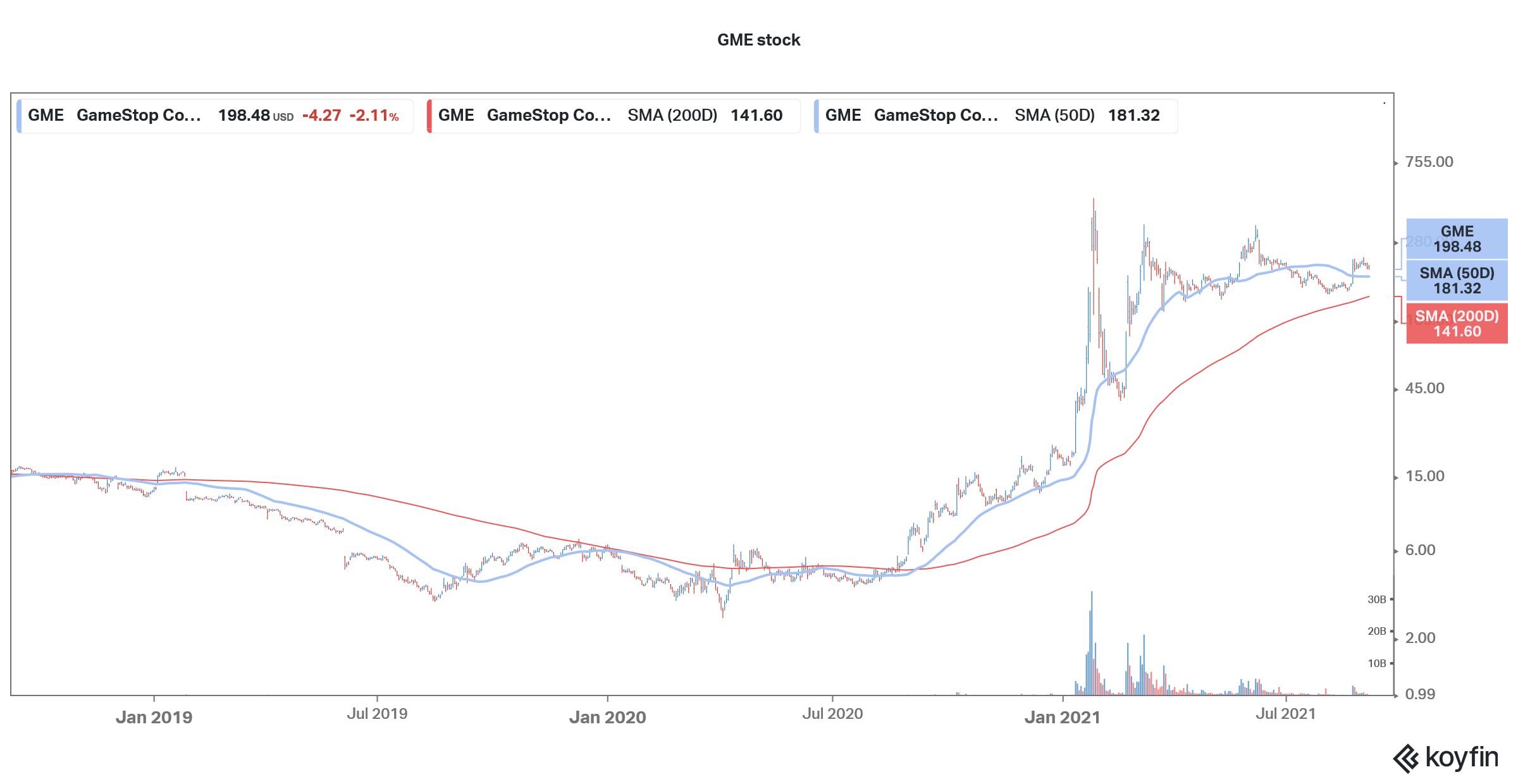 None of the Wall Street analysts has a buy rating on GameStop stock. Almost all the analysts see the rally in the stock as speculative. Brokerages like Bank of America and Baird even suspended their coverage on the stock. The management’s refusal to take analysts’ questions could also be frustrating for some analysts.

Wedbush also issued a bearish note on the stock and said the price action is detached from fundamentals. “GameStop is well-positioned to be a primary beneficiary of the new console launches, and we remain quite optimistic of its return to profitability by FY:21. The short squeeze and retail investor enthusiasm seen in recent months have spiked the share price to levels that are disconnected from the fundamentals of the business,” it said in its note.

The fundamentals of GameStop have been weak, just like AMC Entertainment. While GameStop is primarily a gaming retailer, AMC is a cinema chain company. Both the businesses face secular tailwinds. While streaming is taking away revenues from cinema chains, gaming has been moving online. On their part, GameStop has been trying to pivot towards e-commerce and increase the TAM.

The company has also been hiring executives with tech backgrounds. Both its CEO and CFO have previously worked with Amazon. However, some analysts are skeptical of how much of a change hiring tech executives will make to the company.

Loop Capital analyst Anthony Chukumba took a swipe at the leadership changes at GameStop. “It’s great that these guys worked at Amazon. Amazon is a very successful retailer that I do cover, that I’m very familiar with, but at the end of the day, GameStop’s problems have very little, if anything, to do with e-commerce.”

Chukumba said that gaming is moving online and users are increasingly downloading games instead of buying them from retailers like GameStop. On GameStop hiring ex-Amazon employees, he said “Look, they can hire Jeff Bezos when he comes back from space. … It’s not going to make a difference. The symptoms are not aligned with the medicine that the doctor is giving them. You can hire anyone you want from Amazon — not going to make a difference.”

Meanwhile, retail traders love GameStop stock, just like they love AMC Entertainment. To be sure, Ryan Cohen is working on a turnaround plan for GameStop and we’ll see the results in the long term. However, for now, investors should tread with caution as the stock is very volatile. It went as high as $483 but was soon back below $40. The stock now trades above the $200 price level.

GameStop stock remains a speculative and risky bet and the current valuations seem to factor in every known positive. However, buying support from Reddit traders or another round of short squeeze could help the stock move higher. While not a good long-term investment, GameStop stock might appeal to day traders considering the massive volatility in the stock.