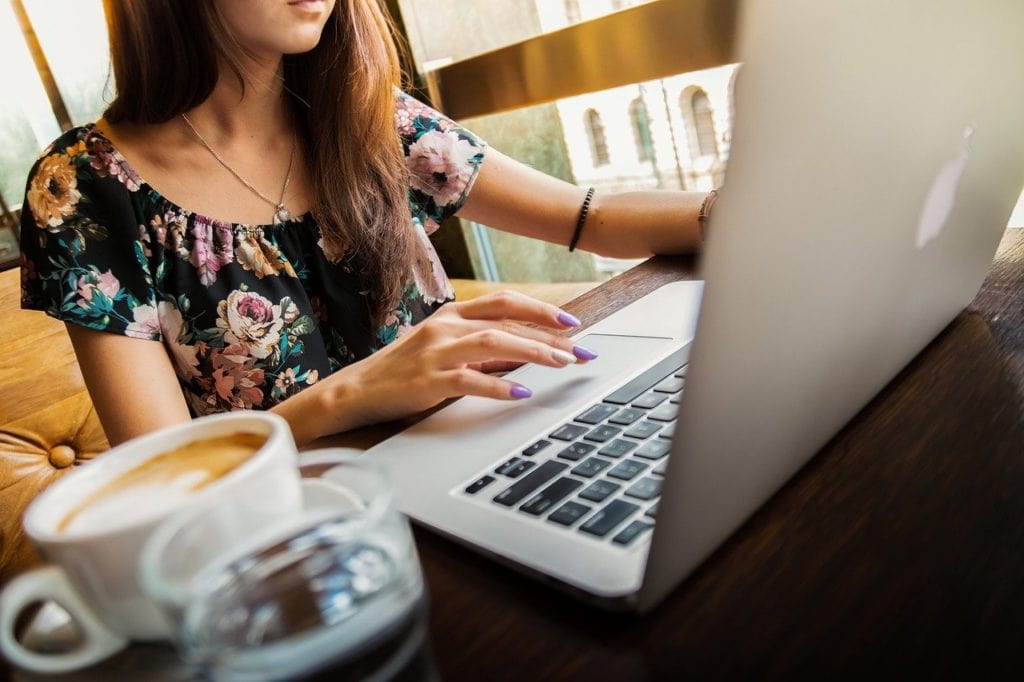 Almost a third of the S&P 500 and Dow Jones components including Apple are set to release their earnings this week. What should investors expect from Apple’s earnings and what’re analysts projecting?

So far, only Netflix from the FAANG (Facebook, Apple, Amazon, Netflix, and Google) has released its quarterly performance. Netflix’s earnings disappointed the market on tepid growth in subscribers.

Apple would release its fiscal fourth quarter 2020 earnings on 29 October. Amazon, Facebook, and Google-parent Alphabet would also report earnings on the same day. Analysts polled by Tikr expect Apple to report revenues of $63.7 billion in the quarter, down 0.5% from the corresponding quarter last year. 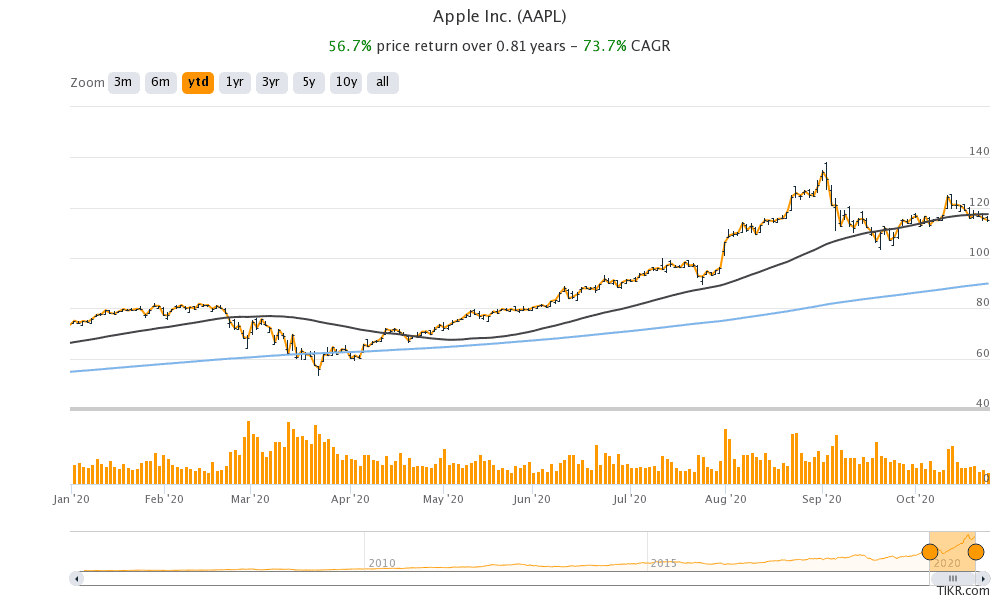 Analysts expect Apple to post an adjusted EPS of $0.70 in the quarter, 7% lower than what it posted in the corresponding quarter last year. Apple hasn’t provided guidance during the last two quarters like many other US companies due to the uncertainty over the COVID-19 pandemic.

Dan Ives of Wedbush Securities is expecting Apple to provide quantitative guidance instead of a hard number this quarter also. “I believe this time around they will some directional guidance around iPhone 12 demand and the trajectory into the December quarter,” said Ives. He added, “Given it’s a massive iPhone product cycle, I would be surprised if Cook did not give some color around demand expectations for the holiday quarter.”

Ives, who has a $150 price target on Apple stock with an outperform rating, expects strong demand in China. “We are seeing considerable strength from the China region over the last few months (should be a source of relative strength in the September quarter) with positive trends heading into the all-important holiday time frame,” said Ives.

After Apple’s “Hi-Speed” event on 13 October, several analysts raised their target prices. Argus upgraded Apple to a buy with a $150 price target while Credit Suisse raised it from a sell to neutral and assigned a $106 price target. Jefferies also lifted Apple’s target price after the event.

Apple has an average 12-month price target of $108.44 according to the estimates compiled by MarketBeat, a discount of 7.7% over the current prices.  Of the 46 analysts covering the stock, 27 have a buy rating while 15 have a hold rating. Four analysts have a sell rating. 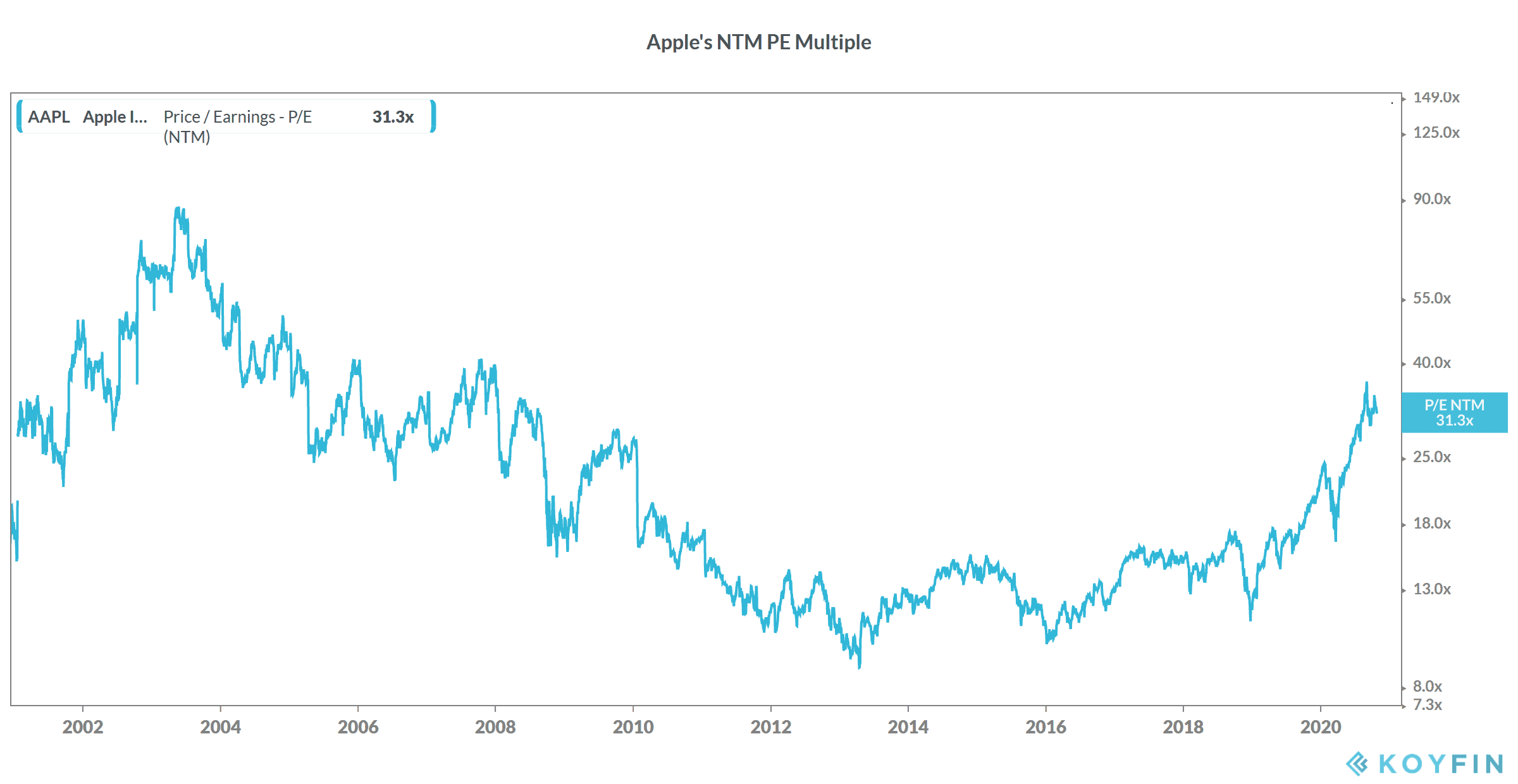 Connected homes could be the next big driver for Apple

At the “Hi-Speed” event, Apple showcased its HomePod Mini before the iPhone 12s. Needham analyst Laura Martin said that “Given AAPL’s hyper-produced videos we believe presentation order signals that AAPL is committed to turning individual iPhone owners into ‘iOS Homes.’”

She added, “We believe that AAPL’s pivot toward maximizing value per home is supported by its introduction of 4 new [iPhone] models intended to extract the most value per person in the home, based on their age and income levels.” “Plus, low priced iPhone choices attract new consumers to AAPL’s ecosystem.”

From a valuation perspective, Apple stock trades at an NTM (next-12 months) multiple of 31.3x. This year, Apple’s valuation multiples have surged to the highest level since 2007 making some investors apprehensive about the valuation.

That said, the valuations in US tech stocks has been elevated this year amid the increasing pace of digitization during the pandemic.

You can buy Apple stock through any of the reputed online stockbrokers. Alternatively, if you wish to trade derivatives, we also have reviewed a list of derivative brokers you can consider.