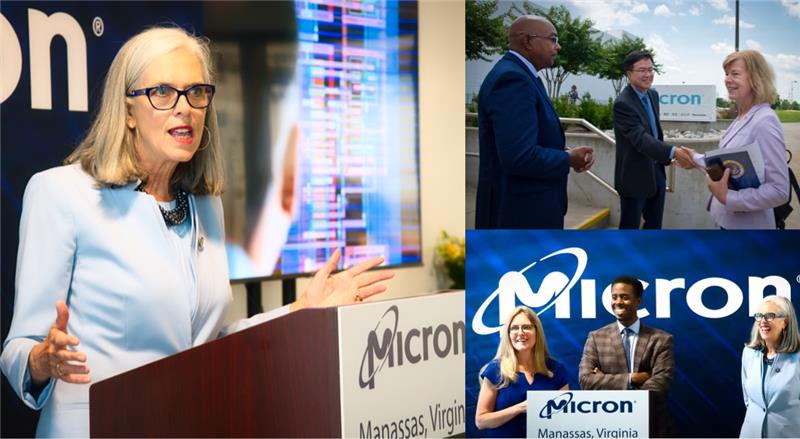 Micron would release its fiscal third-quarter earnings today after the close of US markets. Here is what Wall Street analysts are expecting from the chipmaker whose stock is trading near its 52-week lows.

Analysts polled by TIKR expect Micron to report revenues of $8.6 billion in the fiscal third quarter which ended in May, 16.6% higher than the corresponding quarter last year. The company’s sales are expected to rise 10.8% and 24.3% respectively in the next two quarters.

Analysts expect Micron to post an adjusted EPS of $2.45 in the quarter—30.2% higher than the corresponding period last year. Despite showing sharp earnings growth over the last few quarters, Micron stock has sagged. While this is partially due to the broader market sell-off, concerns over a slowdown in chip sales are also weighing down sentiments.

Notably, the chip industry is cyclical in nature and demand depends on the sales of end products like gadgets and other goods. The usage of chips has expanded over the last decade and gadgets are using more chips than before. The 5G supercycle is also fueling the demand for chips, and so is the transition toward electric and autonomous cars.

Over the last two years, we saw a severe shortage of chips globally and automakers and gadget companies lost billions of dollars in sales. Companies were left with half-built products amid the chip shortage. The situation is now easing and with expectations of a demand slowdown, there are concerns that the industry could see a supply overhang.

Chipmakers have announced massive investments and countries too have been supportive of setting up chip plans, known as fabs. The global supply chain crisis highlighted the importance of onshoring and several chip companies are setting up plants in the US. Micron has also announced $150 billion in investments to set up plants across the world.

Sanjay Mehrotra, Micron’s CEO said, “Micron’s leadership in both DRAM and NAND technologies and the strength of our roadmap enable us to invest more than $150 billion with confidence to extend our industry-leading memory innovation into the next decade, and deliver differentiated products to our customers.” He added, “We look forward to working with governments around the world, including in the U.S. where CHIPS funding and the FABS Act would open the door to new industry investments, as we consider sites to support future expansion.”

While these investments would help Micron strengthen its market position, there are fears that the new plants that companies like Micron are setting up could lead to long-term oversupply. 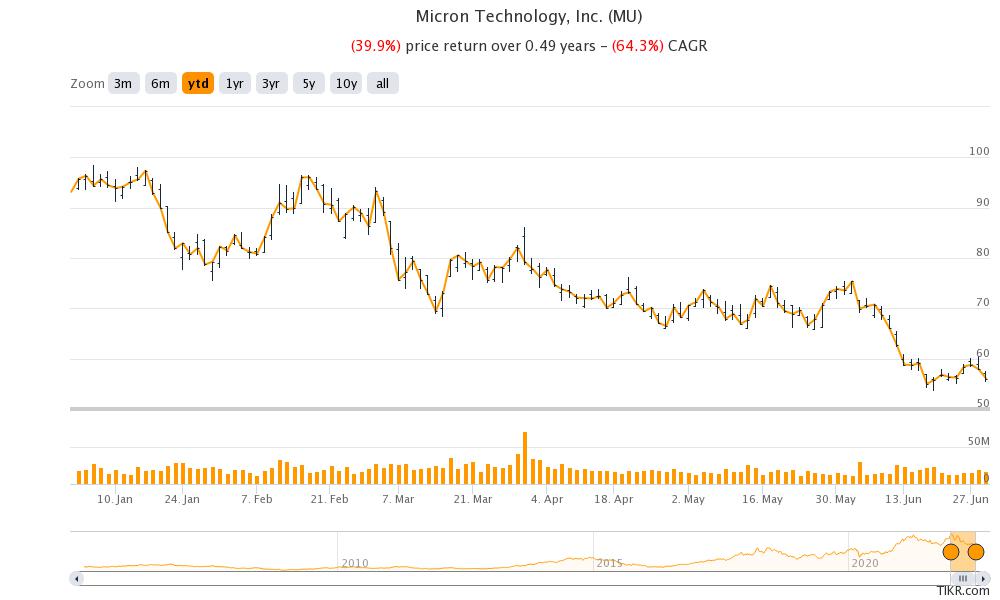 Earlier this week, Barclays lowered Micron’s target price from $105 to $75 while reiterating its buy rating. It said, “We think this is a much better company than it was last cycle but struggle with how the name works over the coming 6 months with additional end markets turning over. Long term, we do think the stock can work again but we see no catalyst near term.”

Mizuho also reiterated similar views last week when it lowered Micron’s target price from $113 to $95. The brokerage is bullish on 5G and Server driving the company’s long-term growth.

The data center market has been strong

The data center market has been particularly strong for Micron and in the previous quarter, it sold more chips to data centers than in the mobile market. Meanwhile, Micron’s earnings would be closely watched by markets as it would provide insights into the global demand. Nvidia was the last chipmaker to have reported earnings and the stock had crashed after the release.

With the slowdown in China, markets would watch the commentary on Micron on its guidance. Notably, Nike, which counts China as its second-largest market, also reported a slump in sales in Greater China due to the lockdowns. The company also sounded cautious about its outlook amid the slowdown in China.

Micron might provide an update on the demand environment

Micron’s commentary on the demand environment would be crucial not for Micron investors but also for the wider chip industry. Many analysts are concerned that since many end users overbought chips amid tight supplies and rising prices, the demand might take a hit as companies clear inventory amid the slowing sales.

Micron stock has lost almost 40% in the year and is underperforming the S&P 500 by a wide margin. The stock has a dividend yield of only 0.71% which is much lower than peers like Intel whose dividend yield is almost 4%.