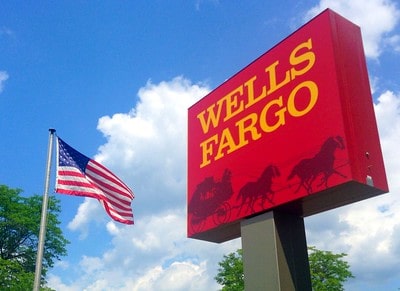 Wells Fargo & Co has been involved in a dispute over the company’s unconventional methods of forcing employees to meet unrealistic sales targets. As part of the settlement, the company has accepted to pay $3 billion, as decided by the U.S. Justice Department’s Civil division.

Since the scandal broke, the bank has changed its CEO twice. The most recent change was in October last year when the bank appointed Charlie Scharf, a former JP Morgan executive. When he was appointed, he promised to clean up the mess and rebuild the reputation of the bank. The unconventional practice forced workers to provide millions of products or accounts to customers without consent or using false pretenses. Most times, employees misuse customers’ identities or create false records in order to meet the unrealistic goals of the company.

According to Nick Hanna, United States Attorney, “This case illustrates a complete failure of leadership at multiple levels within the bank”.

The investigation of identity theft and false bank records is still underway, as it has been decided that Wells Fargo will not face prosecution during the 3-year term of the agreement only if it respects and abides by the rulings.

The payment of $3 billion will take care of the three charges against Wells Fargo, which also includes a $500 million penalty SEC will distribute to investors.

The ruling takes account of 15 years of unconventional practice

The ruling on the case looked at the unconventional activities of Wells Fargo for the past 15 years. During the proceedings, Wells Fargo agreed that from 1998, it started paying more attention to its sales volume, and relied on annual sales growth. One of the basic strategies it adopted was the “cross-sell strategy”, which is to sell additional financial products to existing customers.

It employed a volume-based sales model where employees were pressurized to sell an enormous amount of products to existing customers. Most times, there was little or no regard to expected use or customers’ needs. The employees also offered fake accounts and made unrealistic promises to businesses for loans. They used various forms of methods to enable them to reach unrealistic sales targets.

The strategy, known as “gaming”, varied but it included the use of customers’ personal identities without seeking consent from them.

With the strategy, the employees were able to use customers’ identities to open savings without seeking the approval of the customer.

The top management team of the bank was aware of this unscrupulous practice since 2002. They also knew there was pressure from management to meet the sales goals, which were not realistic.

In 2014, when some senior managers questioned the implementation of the strategy, one senior manager said the situation is “getting out of control”. However, the senior managers at the bank refused to change the sales model, until investigations about it began in 2016.