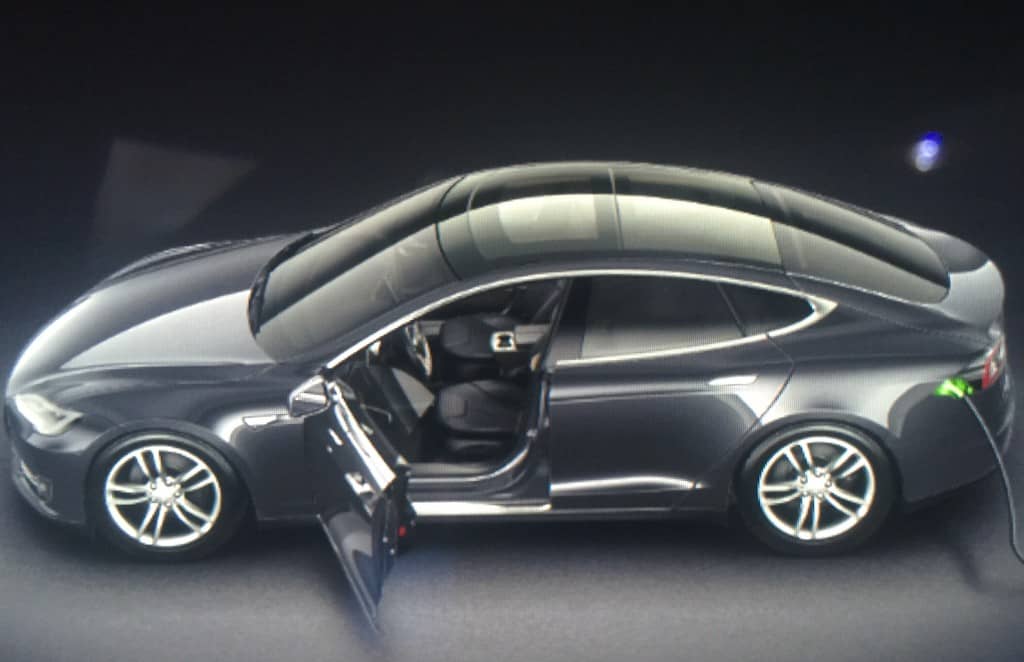 Tesla Motors Inc is disrupting the automobile industry with its electric vehicles and self-driving tech. In fact, Tesla’s success is pushing traditional automakers to start their own EV projects as emission standards continue to rise. Tesla’s success is attracting other tech companies and startups into the automotive space as they try to piggy back on Tesla Motor’s success. Among those joining Tesla are Apple Inc. and upstart Faraday Future.

The latest startup riding on Tesla’s shoulder is a firm that calls itself Mosaic. AutoBlog reports that Mosaic has created software that works with Amazon.com Inc. ‘s Alexa to give voice instructions to Tesla’s Model S.  Amazon and Tesla Motors are miles apart in most areas of interest and the only thing that both firms have in common at this point  is that their founders have interests in space travel.

Have you met Alexa yet?

Mosaic wants to bridge the gap between cars and humans by making it for people to give voice commands to their cars. Tesla’s Model S is the car of choice for Mosaic since the car is as much of an automobile (hardware) marvel as a software marvel. Amazon’s Alexa is Mosaic’s digital assistant of choice because it is independent of a mobile OS unlike Apple Inc. ‘s Siri, Google’s Google Now, and Microsoft ‘s Cortana.

In June 2015, Amazon unveiled the public sale of its Amazon Echo voice-controlled Bluetooth speaker. The voice-controlled speaker, which prefers to be called Alexa does much more than play music via Bluetooth. A user review of the device says, “Amazon Echo (Alexa) is designed around your voice and is hands-free and always on—ask for information, music, news, traffic, weather, and more from across the room and get results instantly“.

A Voice controlled Tesla is on the horizon

A two-minute video on YouTube shows a demo of Mosaic’s technology at work. The video shows an Amazon Echo device and a Tesla Model S communicating through Mosaic. With the Mosaic technology, a man asks Alexa to “wake up” the Model S and Alexa proceeds to wake up the car. The man then asks Alexa to tell Mosaic to do a number of things that includes unlocking the car, opening the roof, closing the roof, opening the charge port. Alexa also confirms the battery level and driving range from Mosaic.

The Mosaic technology is not yet available to the public but it shows how well Tesla has designed its cars to be adaptive to tech upgrades. Tesla has not been very visible in the acquisition space, but it wouldn’t be wrong to expect Tesla Motors to buy up Mosaic in order to bring the voice command software in-house.

Tesla Motors is miles ahead of the competition

Tesla Motors has kept the tech space abuzz with its cars as the owners of its cars continue to push the limit on the cars. Last week, Bjørn Nyland (the guy that won a Model X in Tesla’s referral program) displayed Tesla’s keyless driving feature all the way from Thailand while his Model S was in Norway. In the video, Bjørn uses the keyless driving feature on his smartphone app to start his car in Thailand while his friend enters the car in Norway to take the car for a drive to a charging point.

The Model S is equipped with the keyless entry feature and the ability to access and monitor your car from another country lends credence to Elon Musk’s claim that you’ll be able to Summon your car from the other side of the country and have it drive itself to you when the autopilot feature is fully operational.

Two weeks ago, we talked about how Tesla has equipped the Model S with hardware (cameras, sensors, and radars) for autopilot, years before it unveiled its autopilot software. We also talked about Tesla’s edge over traditional carmakers – Tesla Motors can upgrade its cars with over-the-air updates but traditional carmakers must unveil a new car model to bring upgrades to the market.