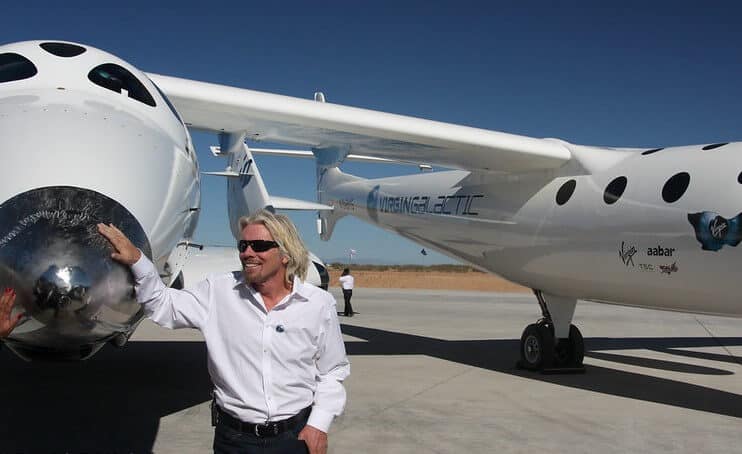 The successful launch of SpaceX’s Dragon spacecraft has lifted the shares of rival Virgin Galactic as investors dream of commercial flights into space.

Stocks of the New Mexico-based Virgin Galactic (SPCE) surged by more than 7.9% during early morning trading on Monday, once again seeking to remain above their 50-day moving average line, a technical indicator that tracks short-term price trends. 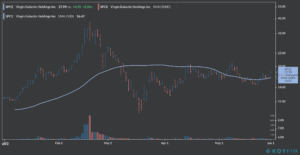 Investors seem to be hoping that the feat of its rival spacecraft manufacturer SpaceX at the weekend can be replicated by Virgin Galactic, a business venture owned by British billionaire entrepreneur Sir Richard Branson (pictured).

Eric Stallmer, the President of the Commercial Spaceflight Federation, said the SpaceX mission “is the beginning of a burgeoning commercial business in human space flight that won’t be limited to one provider, but instead will open up opportunities for tremendous growth in the commercial human space flight industry”.

SpaceX’s program, currently a joint venture with the US National Aeronautics and Space Administration (NASA), managed to launch astronauts from US soil to the International Space Station (ISS), the first time in history this had been done by a privately-owned carrier.

Branson’s enterprise, lags behind in the race towards space tourism compared to SpaceX, as the company only offers suborbital flights for passengers into the lower reaches of space.

Meanwhile, SpaceX, owned by US-based billionaire Elon Musk, has already achieved a key milestone in the race by sending astronauts into the ISS, even though it still has to fly them back safely, another accomplishment that could further fuel the company’s long-term outlook.

Virgin shares were trading at $17.75 this morning while the S&P 500 started the day with mild 0.1% gains as investors weigh the impact of various news including increasing riots in the US and China’s decision to cut agricultural imports from the North American country.

You can buy shares of Virgin Galatic (SPCE) by using one of the brokers on our list of best stock brokers or you can also trade CFDs that track this stock.