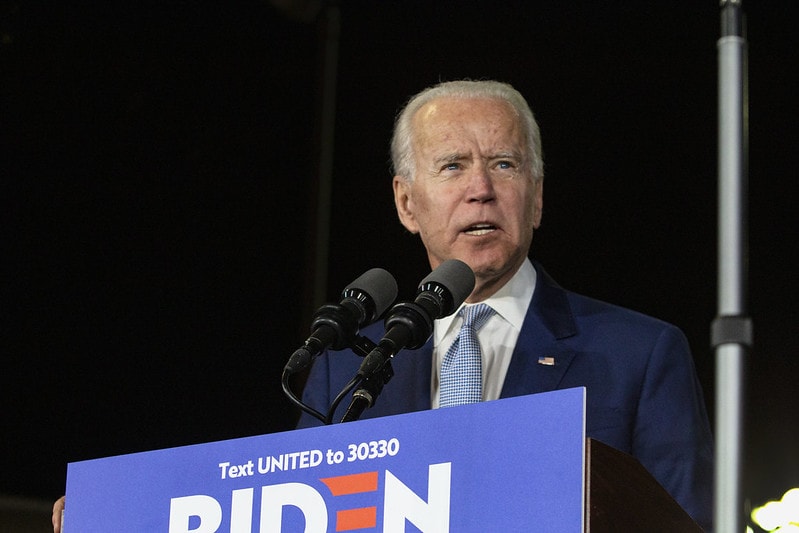 The “everything goes up” rally is resuming on Wall Street this morning as US stock futures are pointing to a higher opening during the European futures trading session following Joe Biden’s victory in the race for the US presidency.

European markets are also trading higher this morning as the world reacts positively to Joe Biden’s win – despite Trump not conceding to the results yet – with the Italian FTSE MIB broad-market index rising 2%, following by the German DAX and the Spanish IBEX 35 which are up 1.7% and 1.8% respectively.

US stock futures have posted gains in five out of the past six sessions after rebounding strongly off their October lows – following the reintroduction of lockdowns in Europe and as market participants braced for higher levels of volatility resulting from a potentially contested US election outcome. That said, markets actually reacted positively to Trump’s refusal to acknowledge the results.

This positive performance has been primarily fueled by the prospect of a gridlock in US Congress, which means that Democratic legislators will likely face strong opposition from Republicans to pass any meaningful bills – especially one concerning potential tax hikes.

“A Biden presidency with a Republican Senate would be unlikely to see any increase in taxes, which was arguably the biggest fear investors had about a Biden presidency” Brian Levitt, global market strategist for Invesco, told CNBC during an interview this morning.

Meanwhile, on the virus front, cases in the North American country keep surging to all-time highs, with more than 130,000 contagions reported last Friday – the highest daily tally since the outbreak started – while the number remained above the 100,000 mark during the weekend.

Moreover, the number of hospitalized patients, as reported by the COVID Tracking Project – a website put together by The Atlantic – rose to nearly 57,000 and keeps approaching levels only seen during the peak of the first and second wave in April and July this year.

Today’s early gains are pushing S&P 500 futures above an upper trend line that dates back to the index’s September all-time highs – with the benchmark trading at close distance of that milestone as of this morning.

This break could lead to further gains if market participants decide to keep riding this wave of upbeat sentiment, although a significant number of risks are looming in the backdrop, including a potentially out-of-control virus situation in the United States.

Meanwhile, from a technical standpoint, the index’s ability to move above its all-time high would determine if this bull run is set to last, or, it could lead to a potential double-top formation that might result in a sharp short-term pullback.

With that in mind, traders should keep an eye on a bearish divergence in both the RSI and the MACD, which indicates that the momentum is not as strong as it was back then.