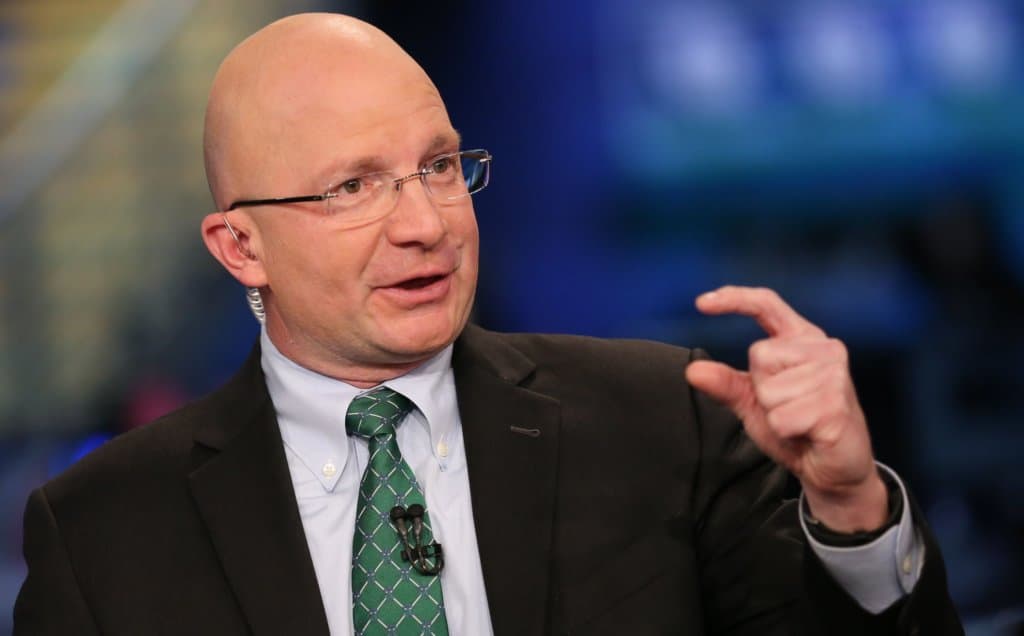 Tony Dwyer, chief market strategist Canaccord Genuity believes S&P 500 is in bull market territory, despite admitting that stocks face greater risks in the second half of the year.

The S&P 500 rose almost 20% in the second quarter, recording its best quarter since 1998. The index is now down only 4% for the year and had briefly turned positive for the year in June.

However, Dwyer (pictured) sees more volatility in the second half of the year amid rising coronavirus cases and an increasing probability of Joe Biden’s victory in the upcoming US presidential elections.

“The resurgence of the virus in the southern states and the lead by Joe Biden in the polls is probably pulling forward some of that volatility that may have happened later in the year,” Dwyer told CNBC’s Trading Nation on Tuesday.

Dwyer is underpinning his optimism on the US Federal Reserve’s unprecedented easing.  Dwyer said: “The Fed has made it very clear they are going to continue to print money to support the credit market until they get their dual mandate of full employment and 2% core inflation.” He added: “That’s not going to be for a while.”

Dwyer believes that if Joe Biden rolls back Trump’s tax cuts, the US central bank would resort to even aggressive policies to compensate for the impact, which would stoke a bull market.

He expects the S&P 500 to rise to 3,300-plus over the next 12 to 18-month period, implying an upside of 6.5% over current levels. “It sounds kind of weird. What does plus mean? The reason is I have no idea what valuation to use when I have an unlimited printing press,” said Dwyer referring to the Federal Reserve’s plan to pump $2.3trn into the US economy.

While the world’s most famous investor Warren Buffett applauded the Fed for its swift actions he warned in May of “consequences” from the massive easing.

Calling them “post-recession trade” Dwyer is bullish on cyclical stocks like materials, industrials, consumer discretionary, and financials. Cyclical stocks have lagged the S&P 500 this year as tech stocks have taken the lead.

Investing in an ETF give customers returns that are linked to the underlying index after accounting for the fees and other transaction costs. There is also a guide on how to trade in ETFs. You can also refer to our selection of some of the best online stockbrokers.