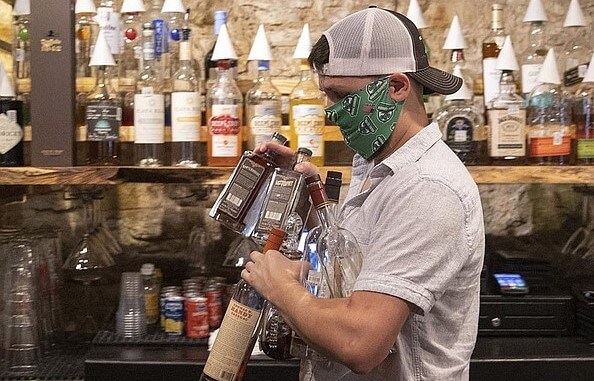 The US dollar index (DXY) have been trading steadily over the last few days, after climbing to 97.41 on 25 June, due to safety buying as fears grew over a rapid rise in coronavirus infections across some US states.

The American currency, which is considered a safe harbor during times of economic turbulence, had been under pressure lately as virus cases have spiked in the country, putting a potential halt on its short-term economic recovery.

By contrast, European and Asian nations appear to have successfully eased restrictions with little changes in the number of daily virus cases reported, although some lockdowns have been renewed, increasing the appetite for riskier currencies like the Swedish Krona and the New Zealand dollar.

However, investors seem to be cautiously optimistic, as reflected by the steady US dollar index which has only yielded 0.04% gains from 26 June to 1 July, while gold futures rose above the $1,800 mark for the first time since 2011, indicating that this acceptance of more risk has not driven demand off safe-haven assets just yet. 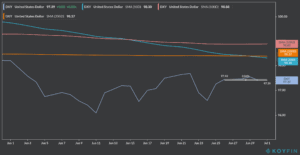 These mixed signals appear to be influenced by recent warnings from the World Health Organization (WHO) about the current status of the pandemic, with the head of the global organization saying that the “worst is yet to come”, as virus cases continue to surge in many countries around the world including India, the US, and Brazil.

Meanwhile, positive economic data from Europe and China have brought hope and appetite towards eurozone currencies, with both public and private manufacturing data from the Asian country indicating a recovery, while Germany’s IHS Markit PMI index – which tracks the sentiment of purchasing managers in the continent – came in at 45.2, up from the 44.6 analysts were expecting, still pointing to a contraction but significantly better than the 36.6 reported on May.

As of this morning, the US dollar is losing ground against the yen, with the USD/JPY pair down 0.48%, while the EUR/USD pair is down 0.3%. The pound sterling is also shedding a few pips, trading 0.1% lower against the greenback at 1.2390.

Meanwhile, the North American currency is up against riskier currencies like the South Korean Won and the Singapore Dollar during today’s forex trading session.