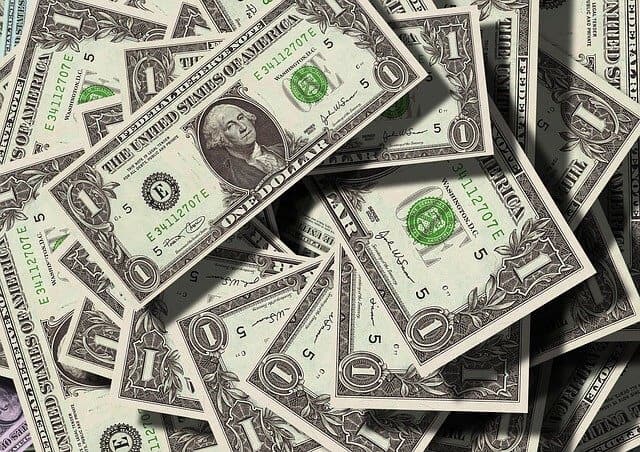 The US dollar – tracked by the US dollar index – is taking another breather this morning after losing 0.37% yesterday, currently sliding by 0.16% in early forex trading activity ahead of the European Central Bank policy meeting taking place on Wednesday and Thursday.

However, the greenback is only losing against the euro and the Swiss franc this morning, dropping by roughly 0.3% against both currencies, while gaining as much as 0.2% against the pound sterling, the Australian dollar, and the Canadian dollar.

Prior to these last two negative sessions, the US dollar recorded six consecutive days of gains, which led to a break above a downward price channel that the North American currency had been on since late July.

Expert forex traders highlighted that the US dollar may be rising ahead of the ECB’s policy meeting, as the central bank is expected to show signs of further loosening their monetary policy in response to the strong appreciation of the euro against the greenback recently, which increases the price of European goods for export.

As a result, these professionals believe the ECB could increase their inflation target, a decision similar to what the Federal Reserve announced on 27 August, when the central bank said it would allow for inflation to spike above 2% while keeping that cap as a target but on an averaged basis across a multiple number of years.

“The appreciation of the euro is starting to become a headache for the ECB”, said Dirk Schumacher, a forex expert for Natixis.

He added: “While it has not reached a point yet where a majority in the Governing Council sees a need for action, we expect some ‘verbal intervention’ from President (Christine) Lagarde during the press conference, signaling the ECB’s willingness to ease policy further, should this be deemed necessary”.

Is the US dollar heading higher?

The latest price action in the US dollar index shows a break above the upper trend line of a downward price channel that started in early August on the back of a bullish divergence in the RSI.

As shown in the chart, the US dollar has followed similar structures this year and this break could be signaling a potential upcoming bull run for the North American currency.

Although the last two sessions have been red, the RSI keeps rising higher – which is a positive signal of the strength of this move, while the price continues to trade above that upper trend line.

The ECB meeting could be the catalyst that pushes the dollar higher, as the central bank is expected to keep – or even expand – its expansionary monetary policy to contain the fallout caused by the coronavirus outbreak, while ECB governors may point to further actions to weaken the euro to assist the region’s exports in maintaining their competitiveness in the global markets.