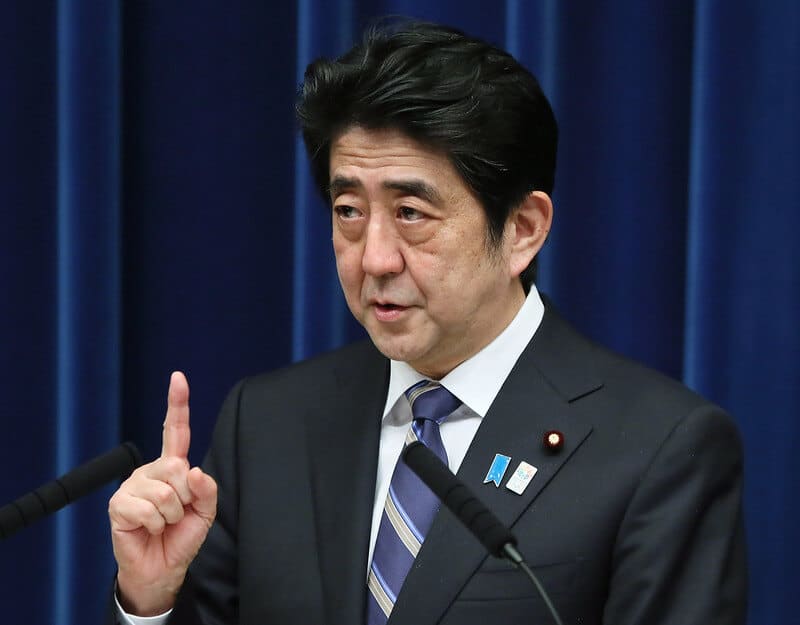 The US dollar is plunging almost 1% this morning in early forex trading against multiple currency pairs following the resignation of Japan’s Prime Minister Shinzo Abe due to health issues.

The US dollar index (DXY) is down 0.8% trading at $92.25 and could be on track to make another record low this year, while the pound sterling and the euro are gaining 0.85% and 0.76% respectively so far in today’s session.

Meanwhile, the Japanese Yen is rallying 1.15% after the PM’s resignation with investors flocking to the yen in an early move that could signal expectations of a policy shift in the Asian country.

Abe, Japan’s longest-serving Prime Minister, has been the promoter of a set of economic reforms – known as Abenomics – to get Japan out of a sustained period of deflation and stalled economic growth.

His resignation comes after his medical condition worsened. He currently suffers from chronic ulcerative colitis.

What does today’s move mean for the yen?

The USDJPY pair has been making higher lows since August started but has failed to cross the ¥107 level twice and the price action is now breaking through a lower trend line that started in early August, a forex signal that could point to a big reversal for this currency pair.

The yen has reacted in a very volatile way after similar breaks have taken place which increases the likelihood of a big move coming for the yen against the greenback, using Abe’s resignation as the catalyst to push the Asian currency higher.

Where is the US dollar headed?

The US dollar continues to plunge as of this morning, primarily driven by news from Japan but also by yesterday’s announcement from the Federal Reserve, which pointed to the central bank letting inflation run higher than their 2% target during short periods, now seeking to achieve that target on an averaged basis over the next few years.

Higher inflation levels would result in a hit for the dollar’s purchasing power, which is another reason why the greenback is depreciating against other currencies, as investors seek to protect their money from a falling dollar.

Meanwhile, the US dollar index’s 4-hour chart shows a potential head and shoulders pattern forming, a bearish price action pattern that could lead to a deeper plunge in the value of the greenback if the price breaks below the neckline.

Finally, gold prices are rising 1.7% at $1,961 per ounce ahead of Wall Street’s opening bell. A weaker dollar would continue to benefit the price of the precious metal, which has recently failed to sustain itself above the $2,000 mark.