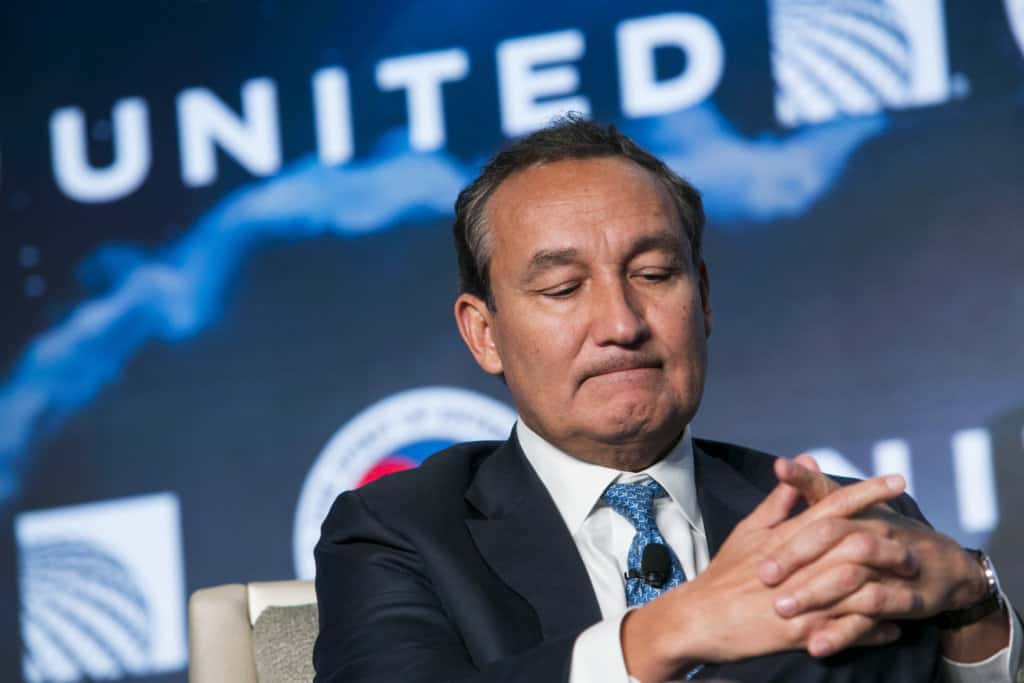 The third-largest US airline flew less than 200,000 people in the first two weeks of April, a 97% drop from the more than 6 million people it flew during the same time in 2019. It expects to fly fewer people during the entire month of May than it did on a single day in May of last year.

“The historically severe economic impact of this crisis means even when travel demand starts to inch back, it likely will not bounce back quickly,” wrote Munoz and President Scott Kirby in a memo to staff.

United expects to get $5bn in payroll support under the CARES Act – barring it from cutting staff until 30 September.

But Munoz told staff “the challenging economic outlook means we have some tough decisions ahead as we plan for our airline, and our overall workforce, to be smaller than it is today, starting as early as October 1.”

So far more than 20,000 United employees have volunteered for unpaid leaves of absence.

Day traders are enjoying big price moves of airline stocks; the shares of airlines rebounded in Friday trade on a broader market rally after posting big losses on Thursday. Airline stocks are among the worst performers during the last two months as they have canceled more than 90% of scheduled flights. United Airlines stock traded 4% higher on Friday afternoon, but it has lost close to 70% of value in stock trading since the beginning of this year.

Meanwhile, American Airlines chief executive Doug Parker came up with a more optimistic tone in an address to customers and employees. Parker said the company is ready to restart flights once the travel-related restrictions are lifted.

You can trade United Airlines stock price swings using the services of our featured stockbrokers.