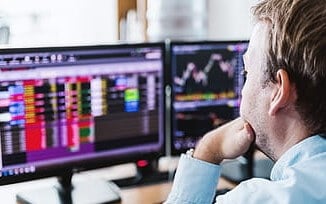 Charles Day, managing director and wealth advisor at UBS, has warned rich investors they should avoid exotic and hot stocks, citing the big risks associated with investing in little-known firms.

“The stocks that I hadn’t heard of three months ago all of a sudden are the most active — that’s not where investors go, that’s where day traders might go or hobbyists might go”, Day told Bloomberg. The Swiss bank controls $2.3trn in assets for wealthy clients.

He pointed to companies such as Nikola Corp (NKLA), an electric truck manufacturer, which has emerged out of the blue, attracting the interest of less experienced investors despite its lack of results.

Day added: “If you’re a wealthy investor, you have to avoid thinking that you’re missing out on huge returns in these stocks”.

The S&P 500 is up more than 30% since hitting March lows, partly driven by day traders, such as those on the commission-free brokerage Robinhood, who pounce on companies with little or no profit and send their stock price surging.

Unheard-of stocks and risky plays have been popular in the stock market lately, as a large number of day traders and mom-and-pop investors have flocked the markets during lockdown, in hopes that they can cash in on the recent volatility caused by the coronavirus outbreak.

Experts have consistently warned about the potential consequences of taking big risks during times of extreme uncertainty, highlighting cases like Hertz, a bankrupted car rental firm whose shares skyrocketed despite the fact that the company had sought Chapter 11 protection from its creditors.

Nikola Corp, one of the stocks cited by Day, has seen its stock grow six-fold since its inception in January, with the stock moving from $10 per share to nearly $70 per share only this year, even though the electric vehicle maker has little to no sales and has generated losses every single quarter since the stock was launched.

Day compared these recent actions with the likes of what happened during the 2000 dot-com stock market bubble “when obscure companies were doubling and tripling monthly”, followed by a sharp sell-off prompted by a wave of bankruptcies of these so-called “hot” tech firms.

The UBS advisor recommended wealthy investors to take refuge on blue-chip growth stocks in the retail and technology sector, while also pointing to cash and gold as potential safe harbors during times of extreme financial turmoil.

“If you’re very wealthy, what you want to have is some protection of your downside so you feel more comfortable with your risk assets”, said Day.