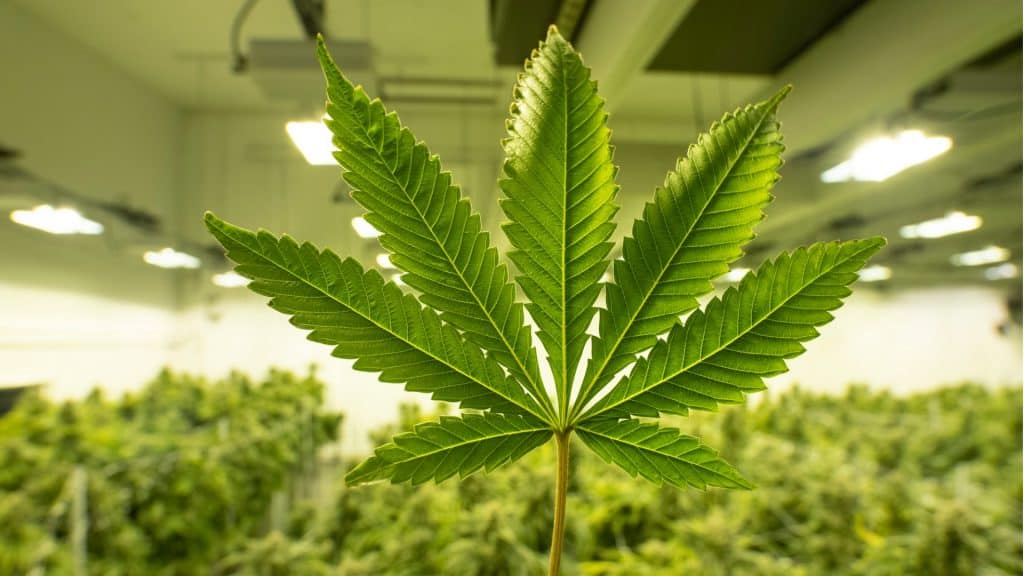 The marijuana industry is becoming a talk of the town because of its growing dominance in both medical and recreational industries. Today, marijuana stocks belong to smaller companies investing in the production, research, and development of cannabis-based products. However, most companies are still lagging behind in profitability. If you have a long-term growth prospect in mind for a growing industry, check out our list of the top 7 marijuana stocks to invest in August.

Cara Therapeutics closed its follow-on public offering at $23 per share at the end of July for $145.5 million. The clinical-stage biopharmaceutical company develops treatments for pain management and pruritus. It works specifically on peripherally acting kappa opioid for the treatment of the two conditions. The company is expected to submit a new drug application to the US FDA soon. The application will be for KORSUVA injection for pruritus treatment. 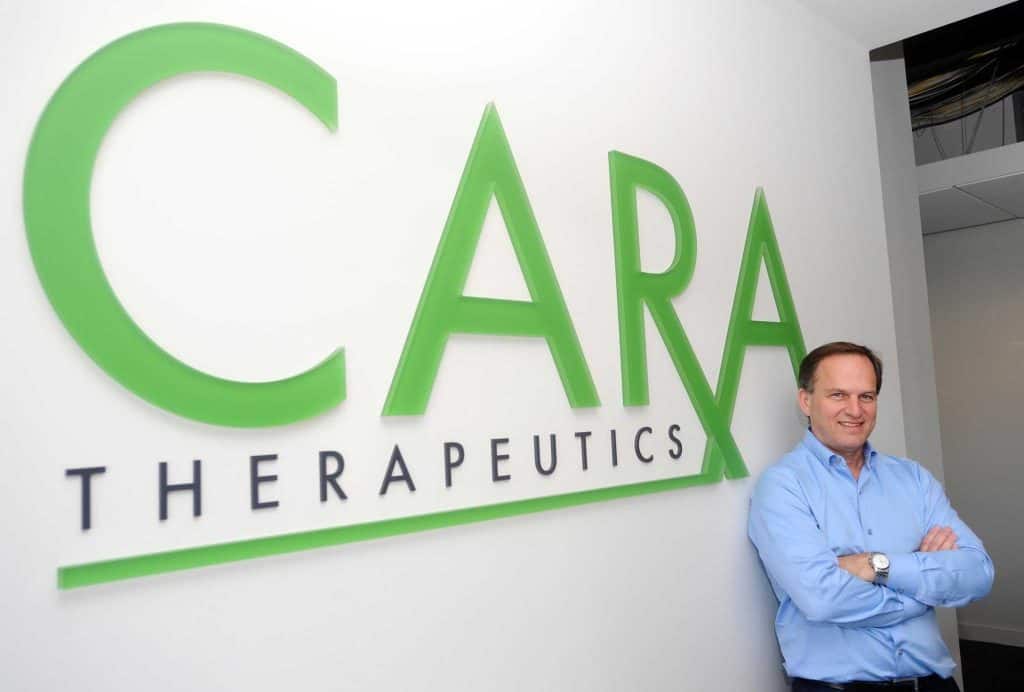 It is also continuing trials of KALM-2, which has shown significant positive results. However, its Q2 2019 report shows a net loss of $23 million, higher than the $17.2 million loss suffered in Q2 2018. Owing to the net increase in the cost of clinical trials, the company spent $24.4 million in R&D this quarter. The company has shown good results in clinical trials and claims to be well funded through 2021, which could make it a good buy.

Zynerba Pharmaceuticals works in a very specific niche of producing transdermal cannabinoid therapies for patients suffering from rare and near-rare neuropsychiatric disorders. The Australian government has agreed to provide the company $7 to $9 million for research and development. The company recently got Fast Track designation from the FDA for Zygel and even received a new patent for CBD. 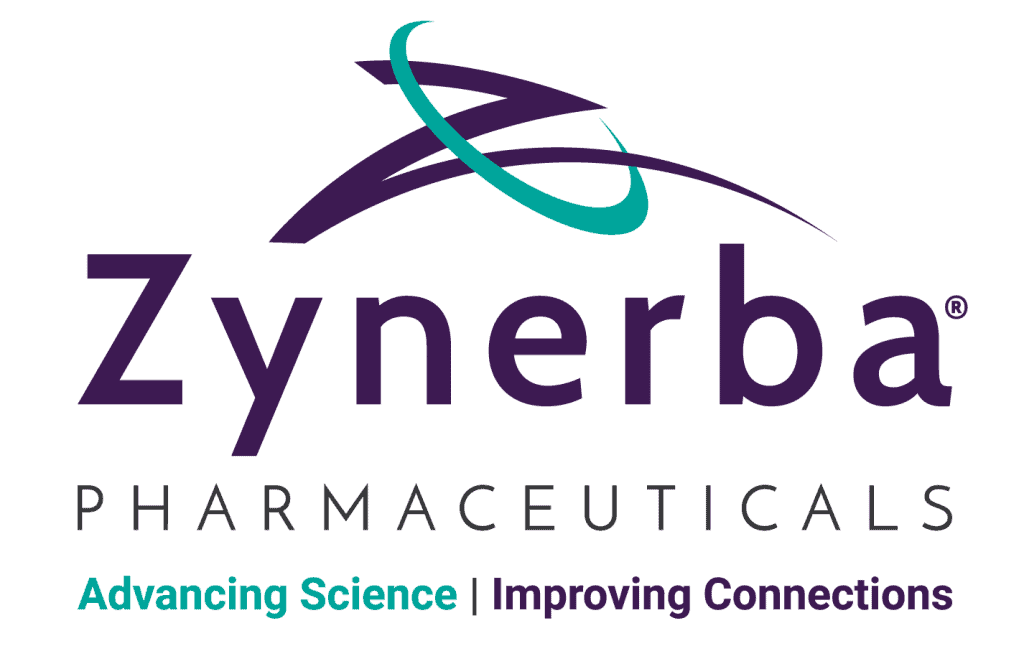 It was also added to Russell 3000, an all-cap index and Russell 2000, a small-cap index. The company suffered a net loss of $11.1 million for the second quarter of 2019 but maintained cash and cash equivalents of $88.7 million, increasing from $59.8 million in Q4 2018. The company’s Australian funding and its recent sale of stock could keep it sufficiently funded until 2021. If you are looking for a niche stock in this market, Zynerba could be a good option.

Scotts Miracle-Gro is a case study in the pot industry as it is one of the most profitable stocks in the sector that doesn’t even touch the cannabis plant. The consumer gardening supply business company is one of the six cannabis stocks covered by Morningstar. The company recently announced an increase in quarterly dividend payments to $0.58 per share, which is good, considering most companies are suffering losses. 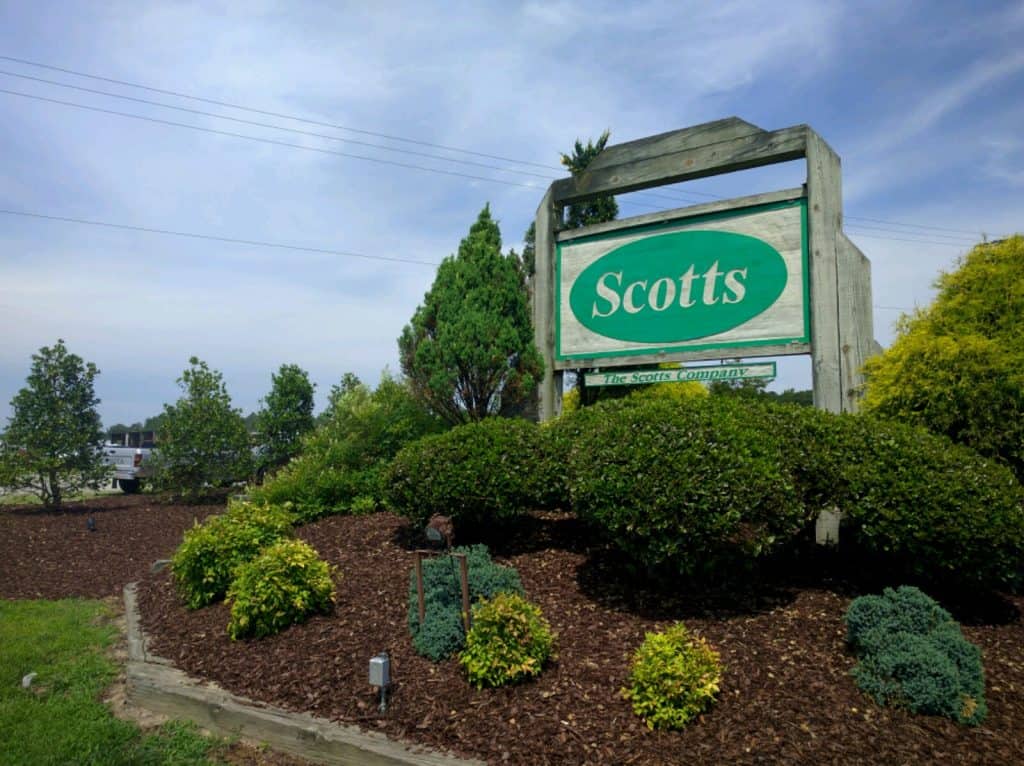 Hawthorne Gardening Co., it’s subsidiary, could directly benefit from its greenhouse business, where it controls over half of the market. If the cannabis market grows by 9x by 2030, Hawthorne will grow by at least 5x. That makes Scotts Miracle-Gro a company that must not be missed by cannabis investors.

Cronos is a well-known cannabis stock focusing on increasing revenue, R&D capability and global footprint in 2019. This year, the company acquired a state-of-the-art fermentation facility and opened a new global R&D Center in Israel. It also acquired US-based Redwood Holding’s CBD platform that utilizes hemp produce. The company earned net revenue of $10.2 million during the second quarter of 2019. 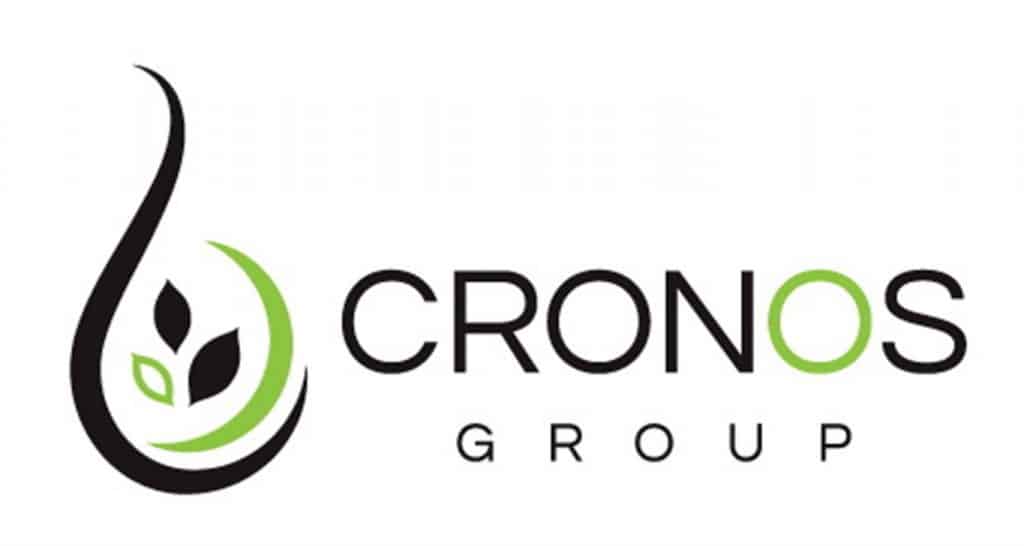 It is a striking 202% increase from the $3.4 million it earned in Q2 2018 and marks a 58% growth on $6.5 million earned in Q1 2019. The profits are driven sales in Canada, and the company wants to further strengthen its position by partnering with Gingko Bioworks and Altria. Its cannabis oil sale also increased during the quarter. Given the strong prospects ahead, especially in the Canadian market, Cronos is a good stock to consider.

The GW Pharma stock has recently experienced a rally, thanks to the increased sales of its epilepsy drug. Its cannabis-derived drug Epidiolex increased sales by 2x this quarter, showing a strong acceptance in the market. The drug made $33.5 million in sales in Q1 2019 after which the Wall Street expected $40.9 million in Q2. However, it brought in a whopping $68.4 million, beating all estimates. 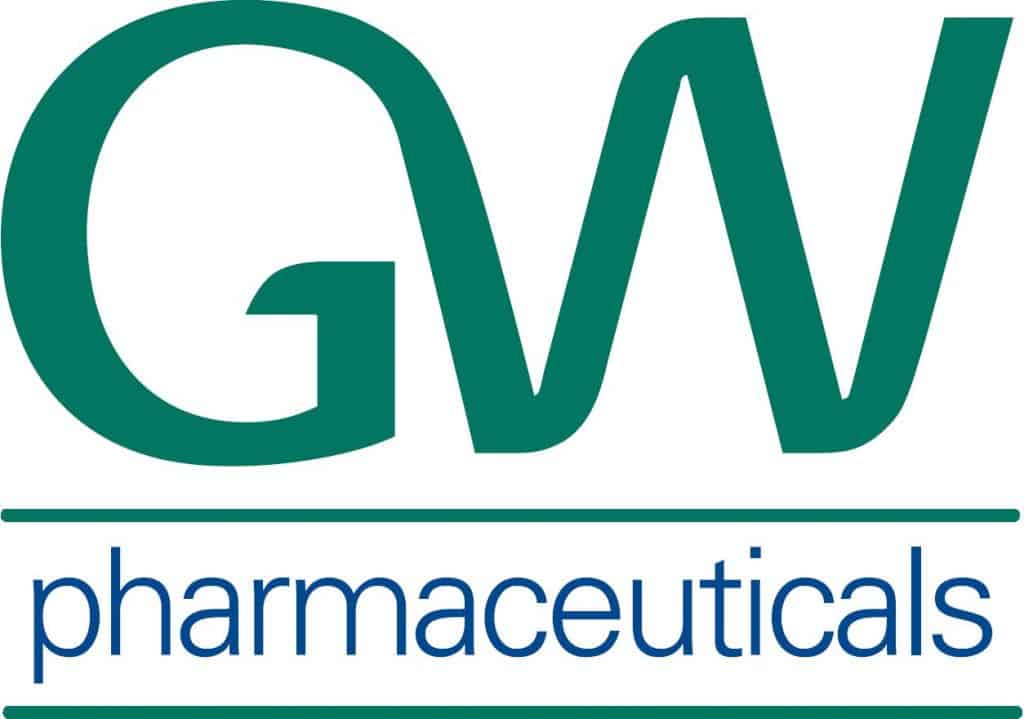 The drug is experiencing a strong demand among US patients. The company claims to have Epidiolex prescribed to over 12,000 patients by over 2,500 medical professionals. Interestingly, it also has extensive payor coverage. Though the total revenue of the company was $72 million (largely driven by Epidiolex), its figures have risen from $3.3 million in Q2 2018. Its cash position is also strong with $583.7 million in liquidity. The company has quickly turned its fortunes and could be a strong addition to your portfolio.

Canopy has become synonymous with the cannabis-industry over time. The company is yet to report its Q1 report for fiscal 2020, but things don’t seem to be running smooth. Canopy has missed Zacks consensus estimates for four straight quarters now, but there is robust growth in its core business of cannabis therapy. 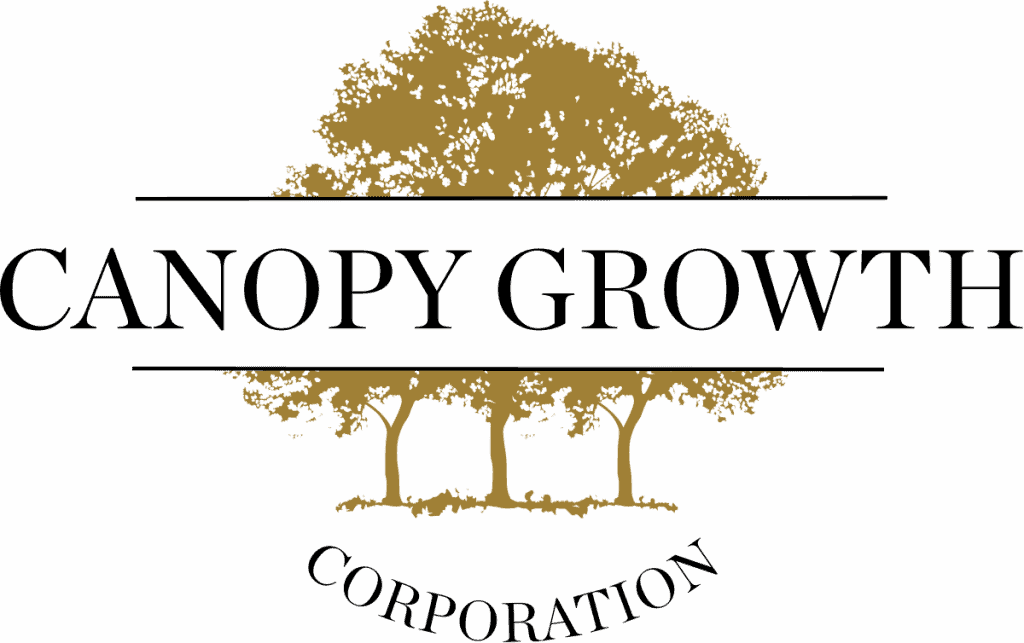 This time’s results could be different since it acquired C3 in May, the largest cannabinoid-based pharma manufacturer in Europe. As the European company has five approved therapies in its kitty, Canopy’s top line could see a significant uptick. Meanwhile, its merger with Acreage Holdings is also going smoothly. Moreover, the acquisition of Storz & Bickel and AgriNextUSA could have a positive effect on the company’s prospects for the quarter.

Aphria is another one of the most popular stocks in the cannabis sector and has been experiencing a great year. It’s fiscal 2019 fourth-quarter results beat analyst estimates for both the top and bottom line. The company is focused on increasing its global footprint as well as its domestic dominance. 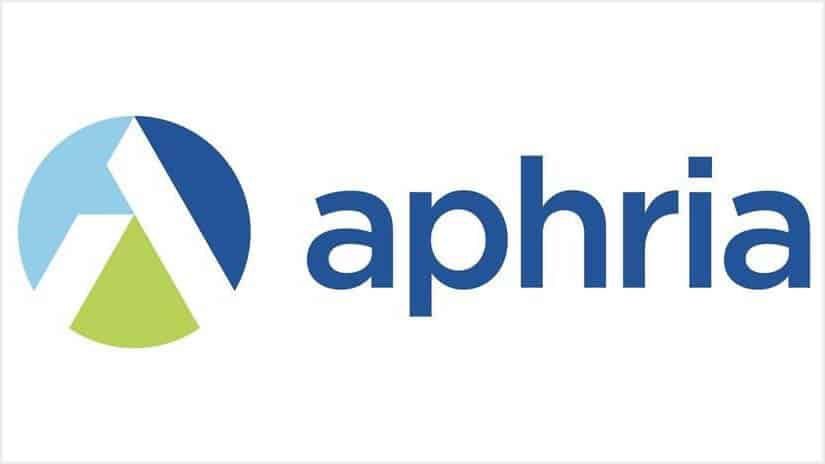 Its second property called Aphria Diamond is a 100-acre space that ready for an operation that could increase total production capacity to 255,000 kg per year. In Germany, the company’s subsidiary CC Pharma is planning on selling a new line of cannabidiol-based products via a network of 13,000 pharmacies. The company is expecting big growth in Europe as well as the Caribbean, which could fuel its growth further.

Buying cannabis stock shouldn’t be too difficult. Apart from companies that either produce hemp or engage in research and manufacturing or cannabis-derivatives, you can also invest extensively in related industries that could get a boost from the increased cannabis exposure. If you haven’t added any pot stocks in your portfolio yet, you are missing out on strong long-term growth prospects. Check out one of the stocks from our list above.