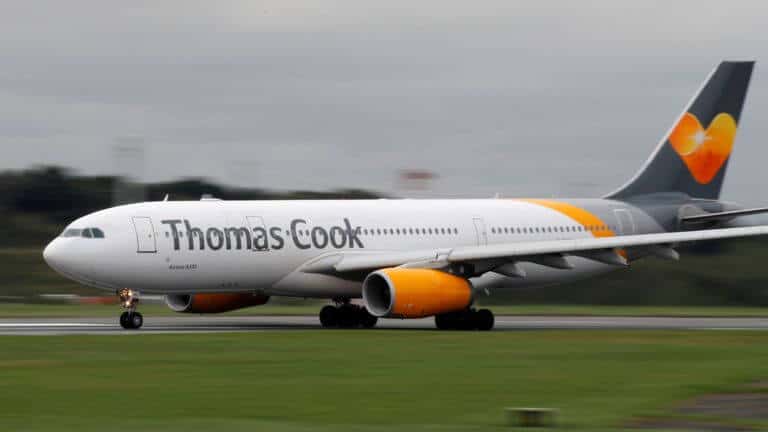 Thomas Cook, a widely known global travel group, isn’t having the best of weeks. The company confirmed in recent hours the details of the £900m rescue deal that will provide Fosun, a Chinese conglomerate, full control of its holiday business.

However, Thomas Cook clarified that its shares might be pulled from the London Stock Exchange market as a consequence of the agreement.

Fosun and Thomas Cook agreed to terms to a deal that will see the former inject considerable capital, specifically £450mm into the latter. In exchange, Fosun will receive a 75 percent stake of the package tour division of the British firm, plus a 25 percent holding in its airline department.

For those regularly checking their stock trading apps following the development of the news, Thomas Cook’s stock fell despite the announcement of the rescue plan. However, only a few hours have passed and it seems premature to jump into conclusions.

Per the terms of the pact, Fosun will have another foothold in the European market. The Shanghai-based company already has businesses there, including the holiday resort chain Club Med and a club in the English Premier League football club: the Wolverhampton Wanderers. Additionally, it maintains an 18 percent stake in Thomas Cook.

Thomas Cook’s financial institutions and bondholders will take care of the other £450m and will take the remaining stake in the tour operator and a 75 percent stake in the airline business.

The British firm hopes that the investment plan is completed by the early part of October, and its primary objective is to prevent bankruptcy ahead of the winter, the moment of the year in which holiday bookings are low.

A Possible Cancellation of the Listing

The company, however, issued a warning: the new owners might cancel publicly traded shares and make the company fully private without notice in advance. Thomas Cook also stated that the pact had the potential of lowering other investors’ shares value.

In a stock market announcement, Thomas Cook explained that the primary intention at the time is to keep the company’s listing, but that the current recapitalization plan may result in the cancellation of that listing.

Thomas Cook has been stumbling ever since it nearly collapsed in 2011. Some attribute the situation to stiffer competition from online platforms, while others point out at specific, one-time events, such as Brexit, as other possible causes. Jet fuel prices have also increased, as have hotel costs.

A £1.5bn loss in the first half of the financial year was reported in May, and that was a sign of things to come.