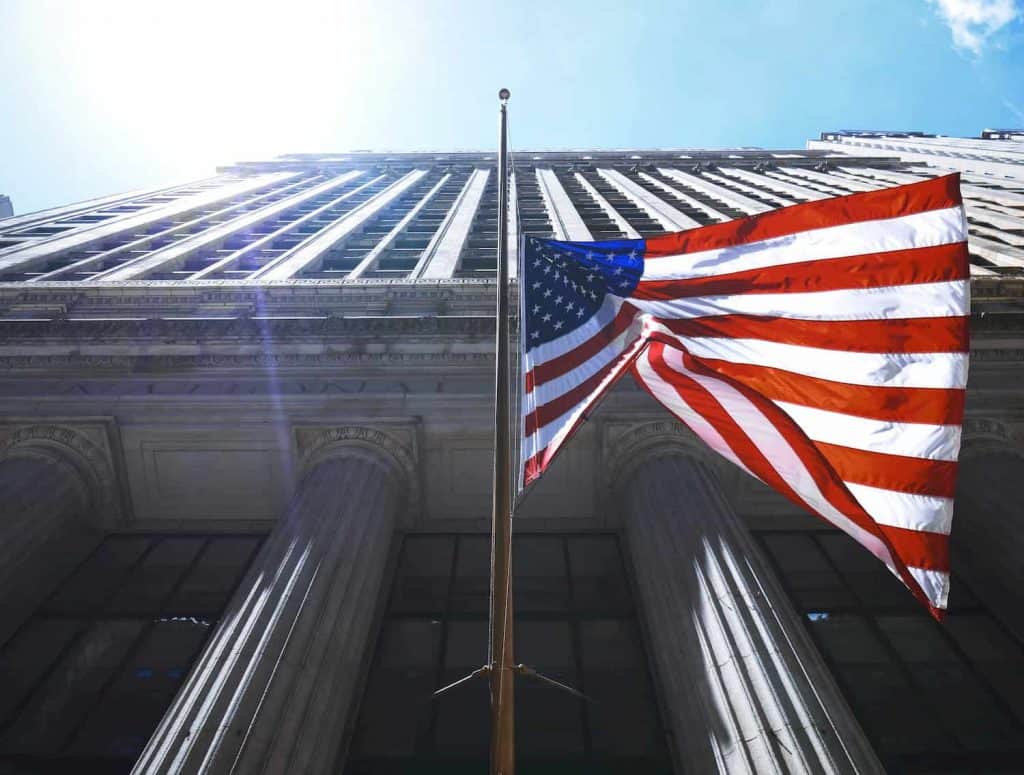 The report by the US Small Business Administration Office of Advocacy shows a significant shift in the number of current community banks compared to 20 years ago. A new report indicates that community banks are on the decline over the past few years across the United States.

Data from the Federal Deposit Insurance Corporation (FDIC) and the Federal Reserve shows that in the fourth quarter of 2018, there were 4,979 FDIC-insured community banks. This is a significant drop from 7,442 recorded during a similar period in 2008 while there were 14,323 community banks by close of 1988.

Why are Community Banks on a Decline?

The decline can be attributed to factors like regulatory changes and bank shutdowns during the economic meltdown. Another contributing factor is the merging of banks and the drop in new bank charters.

This is a worrying trend considering the role played by community banks. These banks offer lending services for small scale businesses compared to large banks. According to the FDIC loans by the community, banks are used to provide small businesses with working capital and capital expenditures. Most of these loans are usually backed by collateral. 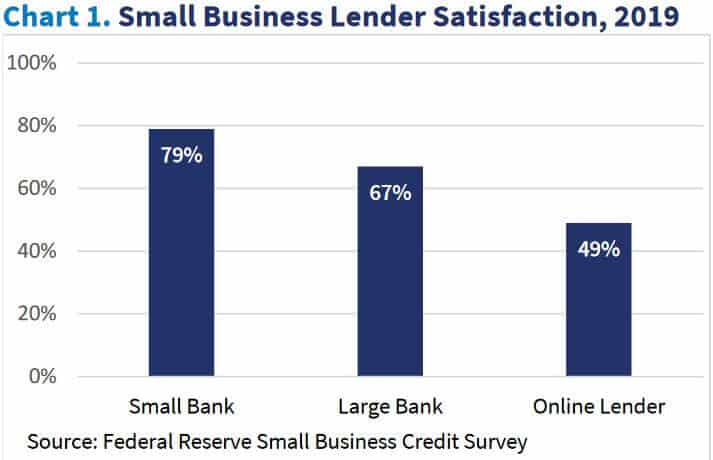 The Role of Community Banks in Lending

The FDIC notes that by close of 2018, there were 1,441,109 outstanding C&I small business loans held by community banks worth over $94 billion. Apart from community banks, the credit avenues for small businesses have been on the increase over the last decade. We now have conventional bank loans for budding businesses, venture capitals and emerging sources of online lending.

One major factor to note is that community bank lending usually varies based on the geographical location. Data from FDIC shows that the median number of C&I loans outstanding at a community bank is 155, and the most are nearly 40,000.

Notably, the C&I lending by community banks is concentrated in the eastern half of the U.S like the Plains and Texas. On the other hand, we have less concentration in the Mountain states and the West Coast. 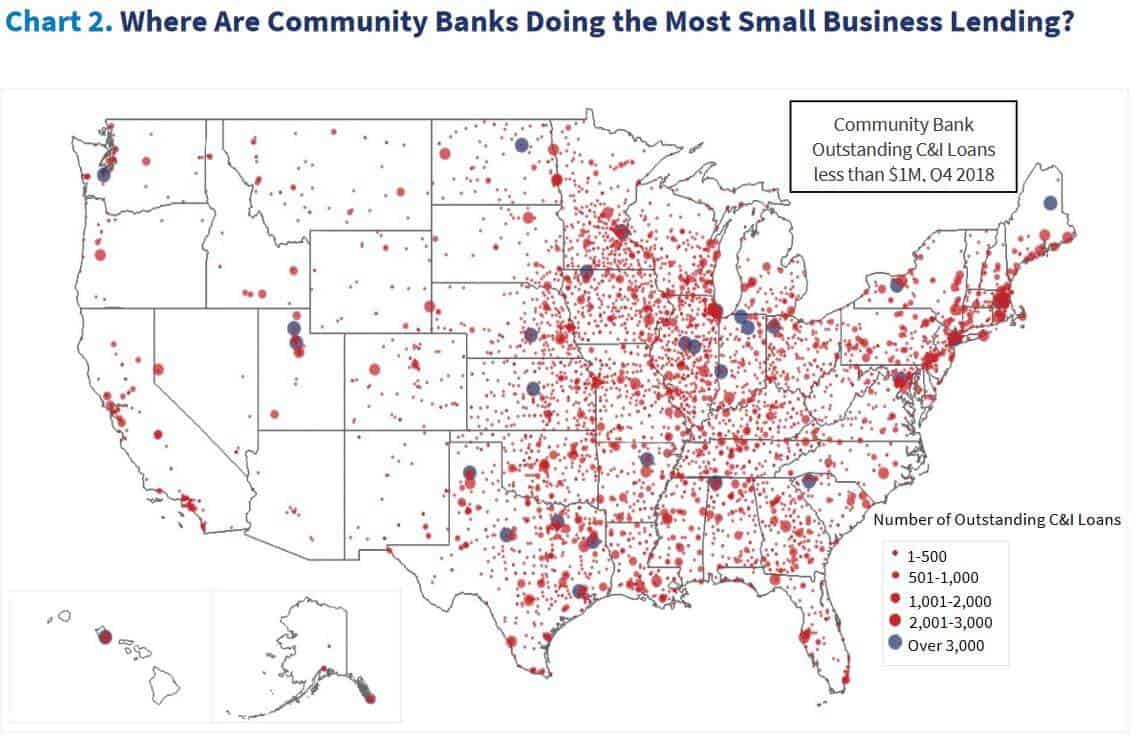 Generally, community banks are small businesses whose primary role is to act as a source of capital. They are small in size with necessary banking activities, and they cover a small geographic area. Most of these banks are usually located in rural areas.