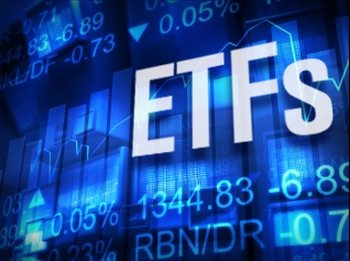 This is third and final article in my series about a new kind of bond investment called “exchange-traded debt” or ETDs.

Let’s review:  Exchange-traded debt very much resembles preferred stock in that they both have characteristics similar to bonds and equities. ETDs trade like stocks, yet their price range is narrow. They distribute income quarterly, but do so as interest and not dividends, so are taxed as ordinary income. They are subordinate to debt, but senior to equity and preferred stock. They have call dates, which run from 10 to 30 years. Most are issued at $25 per share and callable at that same price.

Given that your long-term diversified portfolios hopefully has some form of low-to-no risk income security, you may want to consider adding exchange-traded debt, or even replacing Treasuries.  ETD risk profile is close to Treasuries.

The beauty of exchange-traded debt is that, like preferred stocks, any dividend cuts a company announces must first come from common stock. After that, preferreds get cut. It would take a near catastrophe for a company to have to cut debt service payments, including exchange-traded debt. So as long as you are holding ETDs of a relatively solid company, you should be in good shape.

Here are four selections to consider.

I suggest Verizon Communications 5.9% Notes (VZA). Like its telecom counterparts, Verizon (VZ) generates a lot of free cash flow from its existing business — from $13 billion to $22 billion each year. That’s ample enough to pay the common stock yield of 4.3%, as well as the interest on this debt. The yield is 5.66%, reflecting the above-par trading price of $26.07. It is also rated BBB+ by S&P, and that means it has more than adequate capacity to meet its payments.

The other ETD I like is from another solid company. Prudential Financial 5.7% Junior Subordinated Notes (PRH) is trading at $24.42. PRH stock also has a maturity date well into the century, in the year 2053, with a call date in 2018. The annual PRH stock payments amount to $1.425, or 5.84%, with payments made on December 15 and every three months thereafter. S&P rates these notes as “BBB+.”

About Lawrence Meyers – Larry is regarded as one of the nation’s experts on alternative consumer finance. He consults for hedge funds and private equity via his Council Member status at Gerson Lehman Group, and as a member of Coleman Research Group’s Executive Forum. He also consults for Credit Access Businesses and Credit Services Organizations in Texas. His Op-Eds and Letters to the Editor have appeared in over two dozen major newspapers. He also brokers financing, strategic investments, and distressed asset purchases between private equity firms and businesses of all stripes. You can reach him at [email protected]