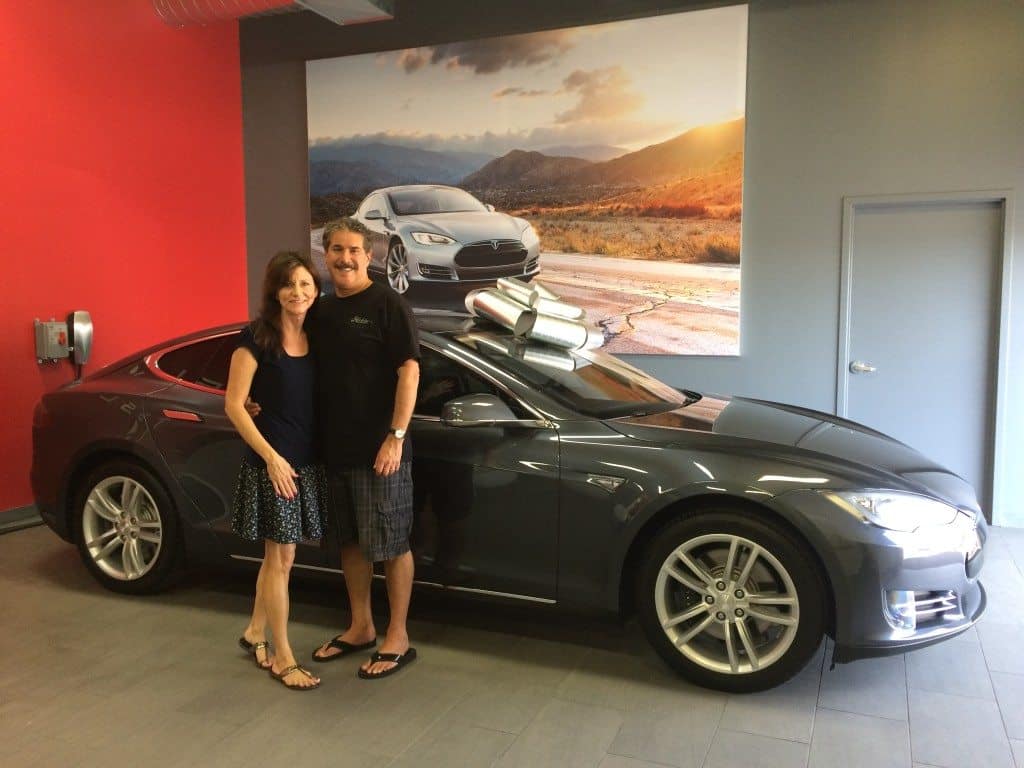 Tesla Motors Inc wants people to have its used vehicles so badly that the EV giant is said to take a loss on its CPO sales. Certified Pre-owned Tesla’s are attractively priced, well-equipped and available right away. Tesla understands that not everyone can afford luxury EVs like the Model S or the Model X. This is why the company plans to introduce the Model 3 to the market. Light on the pocket, the Model 3 will be the electric automaker’s most affordable car to date. It will make both luxury and saving the world a lot more affordable too. Its launch also promises to rapidly expand the Tesla community.

Getting an affordable Tesla is easy

However, the Model 3 won’t be out on our roads until late 2017. It will, however, be unveiled to the public in just over two weeks. Pre-orders will be opened on the same day of its showcasing. Although, as the case is with all new Tesla vehicles, those keen on getting themselves the pocket-friendly electric darling will have to wait a pretty long time before its release. The company hopes to have the vehicle out towards the end of 2017. That’s the optimistic time stamp though. Tesla fans are no stranger to the company’s EV launch delays. Consider how long the Model X took before it was ready for delivery.

But what if you just can’t wait that long to get yourself a Tesla? Well, Tesla Motors has an affordable option for the impatient as well. Last year’s second quarter saw the EV company roll out it’s certified pre-owned (CPO) program. It allows Tesla lovers who are short on cash to purchase themselves a used Model S. The best part? Buyers can get their pre-owned Tesla with almost no waiting period.

The CPO program has been seen as a large success so far. It accounted for $20 million in just the first quarter of its launch. That figure rose by $15 million at the end of the following quarter, placing 2015 Q3 CPO sales at $35 million. However, the EV firm chose not to share CPO sales for the Christmas quarter. Some analysts suspect that this is because the company wasn’t happy with its the rate of CPO growth during those three months.

The loss factor seen in the CPO program arises from the fact that Tesla doesn’t want to sell vehicles that are unworthy of its brand. Taking on a used car salesman persona would hurt its delicate brand far more than a quick buck can repair. Thus the company dedicates a lot of funds to bringing its used Model S inventory to standard.

Tesla’s CPO electric vehicles also come with a 4-year/50,000 mile limited warranty. This is similar to the warranty offered with its new cars. Yes, although you be buying a new car through Tesla’s CPO program, the company really doesn’t want you feeling like bought sub-standard Model S. The EV industry leader does this despite it meaning they make a loss on their CPO sales.

Another contributing factor is that Tesla Motors offer high trade-in prices to encourage new car sales. It is thought that this factor began taking in toll in Q4 as the EV company began taking on more cars that it sells.

Seeking Alpha reports. “Trade-in values were used as a marketing tool to discount new cars and move them. The objective was to meet Q4 2015 delivery estimates, and Tesla met it by discounting.”

The truth of the matter is that Tesla Motors Inc  cares more about getting great EVs out on the road than it does about raking in cash. Even if you subscribe to the firm’s CPO program, the company bends over backwards to ensure you drive away with an amazing EV.