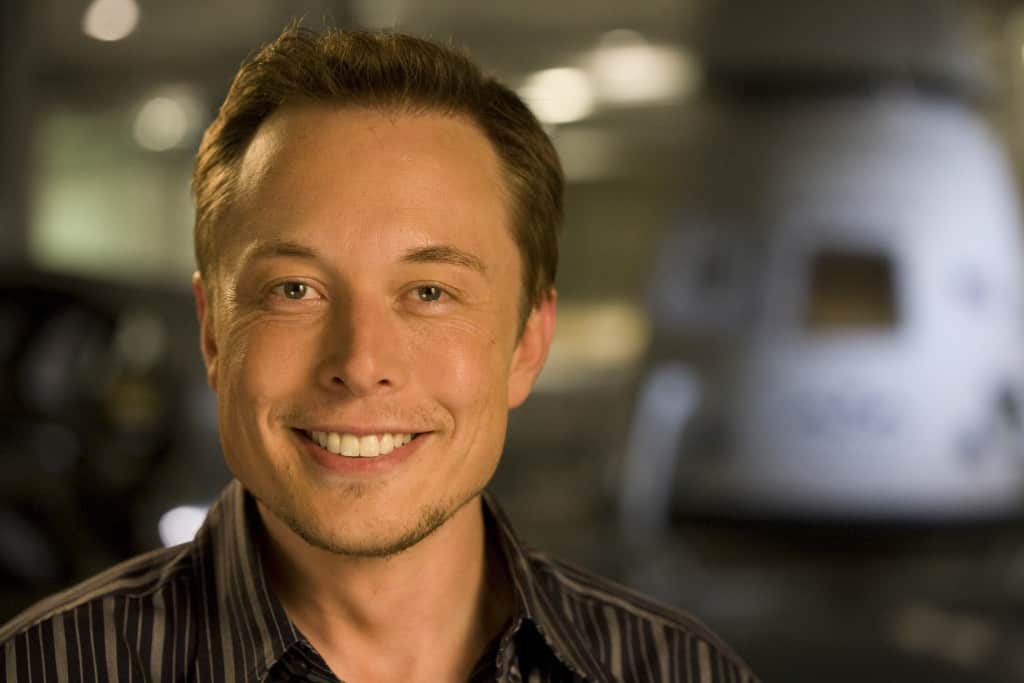 Tesla Motors Inc  says that it will recall all of the 90,000 odd Model S sedans it has sold so far in order to make sure that there’s no issues with the seat belts in the car. The firm said that a single issue with a Model S seat belt in Europe lead to the recall, and that this is just a precautionary measure. It’s much more than that, however, it’s a massive opportunity for Tesla Motors.

The recall, despite looking worrying at first glance, may do more good than bad for Tesla Motors. Instead of making the firm look like it puts together faulty cars, it’s making it look like it cares about safety above all. As Wall Street waits for the Model X to arrive that’s an important idea to associate with Elon Musk’s EV firm.

Tesla has already inspected 3,000 units of the Model S for the seat belt issue and has found nothing wrong in any of those cars. The Model S that reported the problem was not involved in an accident, and it’s still the only car that has had the seat belt problem.

This recall is huge in scale, involving every single Model S that Tesla Motors Inc has put on the road, but it’s small in intensity. Each car will likely need just a quick check in order to ensure that the seat belt isn’t prone to breaking.

Tesla says that 83 percent of Model S owners live within a 25 minute drive of a Supercharger, so it won’t be too much of a pain for the majority of them to bring their car in for a check. The firm also said it might send mobile teams to those who are far away from the firm’s 125 worldwide service centers.

It’s nowhere near as bad as, for example, the Takata airbag recall going on at multiple car makers right now, or the Volkwagen recall that has just begun worldwide. Both of those problems, as well as involving a much larger number of cars, involve an intense repair.

Tesla Motors has only ever issued two real Model S recalls, one for a malfunctioning Wall Charger, and another for the latch on the seats of about 1,200 Model S units. The firm also had to recall the some units, around 300 or so, of the Roadster for a bad bolt back in 2009.

This recall is different. It wasn’t requested by the NHTSA, and won’t add to the list of official recalls done by the firm. Instead the seat belt issue fits more in line with the firm’s response to fears the Model S would cause fires back in 2013 and 2014.

A string of incidents that year lead to fears that the Tesla Motors Model S wasn’t quite as safe as Elon Musk and his team claimed, and that there were real worries about electric cars and the batteries that drove them.

Tesla Motors Inc acted quickly and proactively to stem the tide of negativity. After the firm found that constant statistical references to the nature of the fires wasn’t making a dent in the misconceptions it issued a voluntary recall.

An underbody titanium shield, now standard in each and every Model S, could be added voluntarily to any Model S on the road. It wasn’t the least expensive fix that Elon Musk and his team could have hoped for, but it was part of a solution to a PR problem that just wasn’t going away.

Tesla Motors also issued another Model S fix for the fire issue. In the form of an over the air update, the firm changed the height at which the Model S drove while on the highway. This was designed to prevent the underbody from crashing into debris on the road, something judged to be the source of the fires that made headlines.

The timing of the Model S seat belt trouble isn’t ideal, but it’s still a good moment for Tesla Motors to show how much it cares about those that bought it cars. The firm is on the cusp of getting the Model X out to its first buyers before the end of the year, and another slew of headlines that links the firm to safety can only help with the brand image of the family car.

The Model X is being marketed to women, and it’s being marketed as an all purpose family car. For that market safety is the major issue. Seeing a company like Tesla Motors inspect every seat belt in its fleet because of a single problem makes it look golden, especially compared to the callous, calculating appearance of General Motors on the back of its ignition switch scandal.

At the same time Tesla Motors has been beset by claims that its cars just aren’t as reliable as they should be. Consumer Reports sparked that conversation in recent weeks after the firm removed its recommendation from the Model S as a result of reported issues with the car’s reliability.

Tesla Motors has disputed the details of the reliability result. The firm says that all of the issues highlighted have been fixed in newer version of the Model S. Despite that, questions remain, but the seat belt incident may do a good job of showing potential buyers how far out of its own way Tesla Motors will go to fix problems with the Model S.

Another piece of good news for Tesla Motors fans, and a very interesting trend for those watching the firm’s stock, is that Wall Street seems to be a lot better at dealing with the way Tesla Motors works.

After the firm revealed that it would burn even more cash bringing cars that didn’t have an obvious problem back to service centers, the firm’s stock dropped 2 percent. The price of the shares sprung back up right away, though they still closed down 0.8 percent.

The cost to shareholders of a single seat belt problem injuring or killing someone in an accident would be monumental. Against that, even weighted by probability, Elon Musk has judged that the recall cost is slight. With the added benefit of making Tesla Motors look safer and more reliable, the decision appears to have been good for Tesla all around.

Tesla Motors Inc  is going to spend a lump of money on the seat belt recall, but it may be worth more in terms of branding than it costs to carry out. After all, owners are going to bring the car in themselves. All Tesla Motors has to do is spend a short amount of time inspecting, and reap the, hopefully, positive return from the headlines.