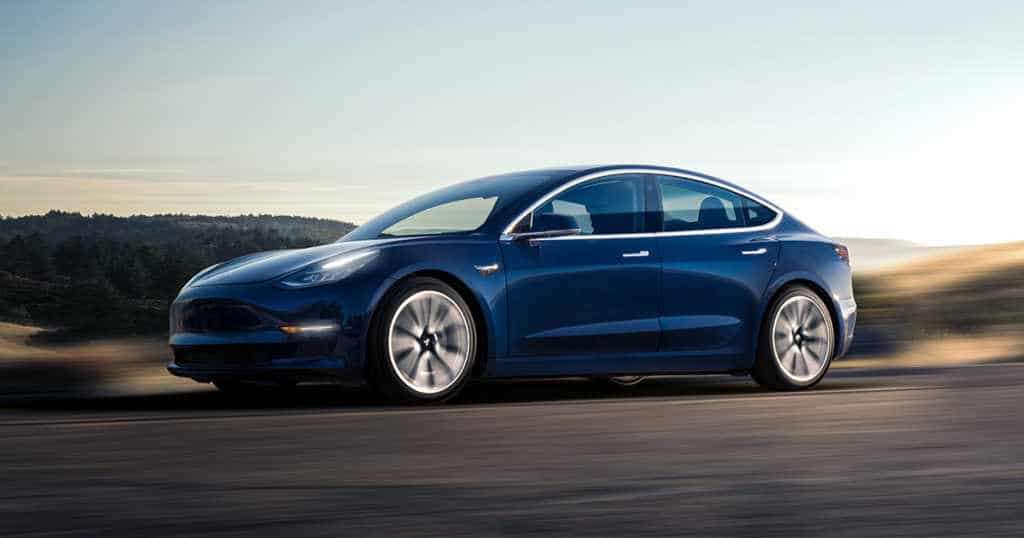 Tesla, Inc. is ahead of the pack in EVs. The Tesla Model 3 might just be the first appealing electric car at a mid-market price range, but that doesn’t mean you should buy one. In fact, for the vast majority of Americans, buying the Tesla Model 3 could be an incredibly poor financial decision.

Of the 500,000 or so Americans waiting for a Tesla Model 3, there’s bound to be a few thousand who really can’t afford it. Sure they might be able to get financing, but how could they possibly justify such a risky bet? Good news arrived this morning from Autolist, however. According to the research house, the Tesla Model 3 is going to depreciate more slowly than similar cars. That makes it a great investment, right?

The depreciation model put forward by Autolist was first picked up by Fred Lambert over at Electrek.co.

Tesla Model 3 is better, but it’s not good

The depreciation numbers look very good indeed. It’s important to understand, however, where they come from in order to assess whether or not they’re going to really shake out. According to Electrek, Alex Klein VP of Data Science at Auto List, had this to say:

There are a couple of points to made here. First of all the report is a projection based on the depreciation of peer cars. The model appears to be strongly influenced by the depreciation curve of the Model S. From a statistical perspective that seems to be problematic.

The low volume Model S may have had low depreciation because it was the hottest car out there, in terms of media coverage, but supply stayed very low. Those supply/demand dynamics aren’t going to be perfectly repeated with the Tesla Model 3.

The second issue is that we haven’t seen the Tesla Model 3 in action. We haven’t heard the reviews of the car. Neither do we have a long history of Tesla to make this kind of judgment. It’s not that the Autolist forecast is worthless, but the assumed predictive value of such work should be low. We really don’t know what direction this error will be in, but there are plenty of reasons to think Model 3 buyers could be harmed by taking this as fully realized advice.

Weigh up the risks

The Autolist report isn’t the only piece of research that has been done on electric car depreciation. A recent report from BCA Research has a different thesis about the future value of electric cars. In the view of lead analyst Brian Piccioni, EVs will depreciate more quickly than normal cars. The reason for that is the degradation of the battery.

That research focused on the Bolt. The analysts said, “We believe that most likely the actual cost of the battery pack of the Bolt is much higher than $15,734″. The authors estimate that a battery pack will need to be replaced every 100,000 miles or so. This should, theoretically take a big chunk out of the resale value of the car.

We have two loose depreciation models here. One is based on projections about the fundamental life of the battery. The other assumes that depreciation of the Tesla Model 3 will look a lot like that of the Model S.

Which one do you think is more likely to hold up?

That’s an extremely difficult question to answer. But unless you find serious methodological issues with the BCA analysis, you have to price in some risk that the Tesla Model 3 is going to depreciate much faster than other cars as the batteries degrade. There’s also the risk that the Model 3, produced en masse, won’t benefit from the dynamics  the Model S sees in the second hand market.

These risks are very real, and they could put a $15,000 hole in your pocket depending on the depreciation trajectory. That’s something you probably can’t afford, and something you have every ability to avoid.

You are more important than your car

Sure you could buy the Tesla Model 3 on the assumption that Autolist is right. If that car is going to depreciate less than its peers, that makes it a good investment, right? Your car, however, isn’t a good investment. It’s going to lose you money as the capital value depreciates. It’s a good idea to keep that in mind when you’re weighing up your alternatives.

We know that Americans are very bad at planning for the future. The majority of Americans, for example, don’t have more than $1000 in savings. Only something like 45 percent (the numbers are from 2013) have nothing in a pension account.

This is a real and direct threat to the future of the country, and very likely to your personal life. Obamacare hasn’t solved the country’s healthcare problems, and most people don’t have the savings to cover a major medical expense. Most people don’t even have enough to cover a relatively minor problem with their car. That’s without even thinking about how expensive retirement is going to be.

You are more important than your car, and there is an alternative to the Tesla Model 3 to consider right now.

Instead of splashing out more than $35,000 to get your hands on a risky Tesla Model 3, consider shoring up your own personal finances first. There are some great guides out there that teach you how to make sure you’re in the best position. 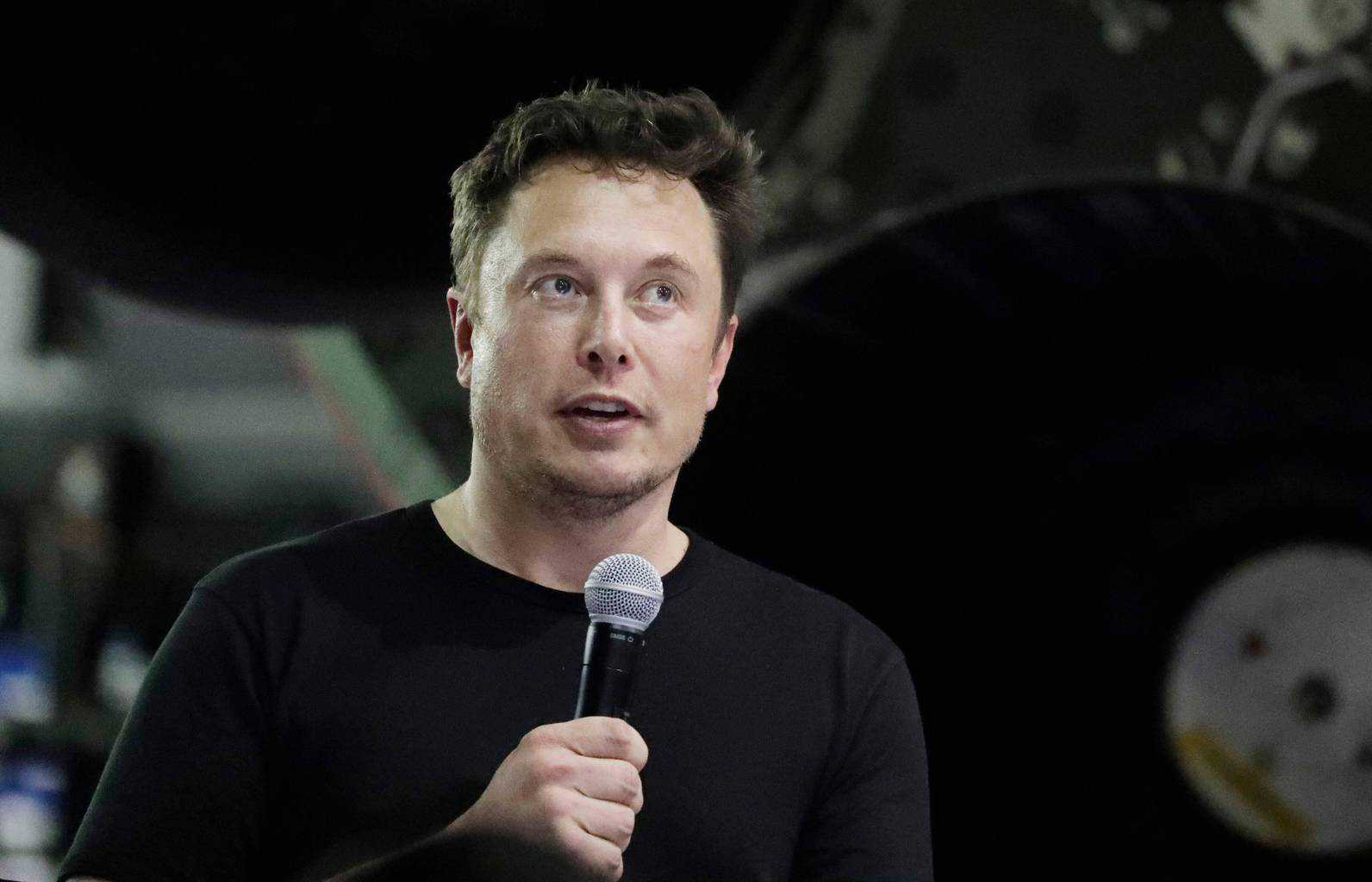 Don’t take Autolist’s financial advice, instead take a look at our “Five Personal Finance Moves To Make Before You’re Thirty“. Once you’ve gotten through that list it’s time to think about the Tesla Model 3. If you’re thinking about skipping a step in order to get the car, however, you’re likely to be making a massive personal finance mistake.

The basic steps are:

Lots of people get through life never needing to follow this advice, but many failed along that road as well. The American economy, with its rising wages and constant growth, has been very generous since the end of the Second World War. There’s nothing to say that’s going to continue to be the case forever.

Take care of your future

Tesla, Inc. might have a good handle on the future, and if the firm can realize its dream, it might help to save the world from the scourge of carbon driven climate change. That’s a great thing for the future of humanity, but no single Tesla Model 3 purchase is going to make a difference. If you want to be able to have an impact on the planet, you should take care of your own health first.

Therefore, it’s important to look at the Tesla Model 3 alternatives listed above. It’s not about buying a Model S or a Bolt. The alternative is cutting your transport costs so that you can save.

If you’re thinking that you’re salary is high enough for you to put off saving in order to get your hands on a cool car, that’s fine too. It does, however, put you in a group of Americans who are waiting to be saved in a financial crisis.

Tesla, Inc. will be fine without your cash. Whatever $40,000 you’re offering them isn’t going to help complete the firm’s mission. Instead, you’d be far better off using that money to care for your own personal finances.

If you’ve got all your duck in a row and the Tesla Model 3 fits your budget, however, go ahead. The car is bound to have its problems but money, once you’ve taken care of the necessities, is for enjoyment. There’s very few $40,000 cars that are going to bring as much fun to an EV lover.