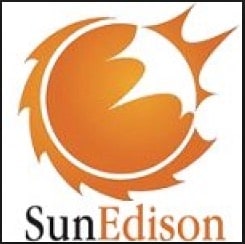 SunEdison Inc (OTCMKTS:SUNEQ) and its two yieldcos have delayed filing their earnings reports once again. The bankrupt solar firm and its yieldcos – TerraForm Power Inc (NASDAQ:TERP) and TerraForm Global Inc (NASDAQ:GLBL) – confirmed on Friday that they would delay filing their third-quarter earnings reports. Reportedly, they found “material weaknesses” in their financial reporting.

What’s the problem exactly? Well, the yieldcos say they came across “material weaknesses” pertaining to their internal controls over financial reporting. Moving forward, the yieldcos noted that they need to impose better controls and procedures to complete financial statements for the 2015 annual report.

Here is a statement from the yieldcos:

“This process could require substantial time and resources, and we can provide no assurance that our ongoing review will not identify additional material weaknesses or other issues that would require remediation.”

Ditto for SunEdison. The bankrupt green energy firm blamed its issues on its new IT system. Moreover, SunEdison noted that it initiated an internal probe into its financial position.

The yieldcos are publicly traded firms. They maintain SunEdison’s renewable energy assets worldwide. The yieldcos have been in trouble since SunEdison filed for Chapter 11 bankruptcy protection earlier this year.

Will SunEdison Allow Brookfield to Take Over Yieldcos?

The first is buying the outstanding Class A and Class B shares in TerraForm, and replacing SunEdison as a sponsor of the yieldco. The second would see Brookfield buy both yieldcos for cash. In either scenario, Brookfield’s desire for both yieldcos is apparent.

Brookfield confirmed in the filings that “nothing was agreed at the meeting, and no specific prices were discussed.”

Sachin Shah, CEO of Brookfield Renewable Partners, has said that it wants to “maintain a dialogue.”

“We like the company, we like the assets,” Shah said. “We’re going to be a shareholder a very long time, and we think we can work constructively with the company, its board and the bankruptcy estate to come to a resolution in the near term.”

None of the four parties have issued a public statement in regards to the meeting.

This isn’t the first time that Brookfield has shown interest in a yieldco. This past summer, Brookfield wanted to take over TerraForm Power, but SunEdison was able to block it with a formal auction.

TerraForm Power has been honest about seeking “strategic alternatives.” SunEdison issued a statement over the weekend regarding the reports. Here is what the solar firm said:

“Overall, SunEdison is focused on maximizing the value of the estate for its creditors, and will continue to do everything it can in furtherance of that objective. SunEdison is also pleased that TERP recognizes the benefits of a consensus between TERP and SunEdison as it explores strategic alternatives.”