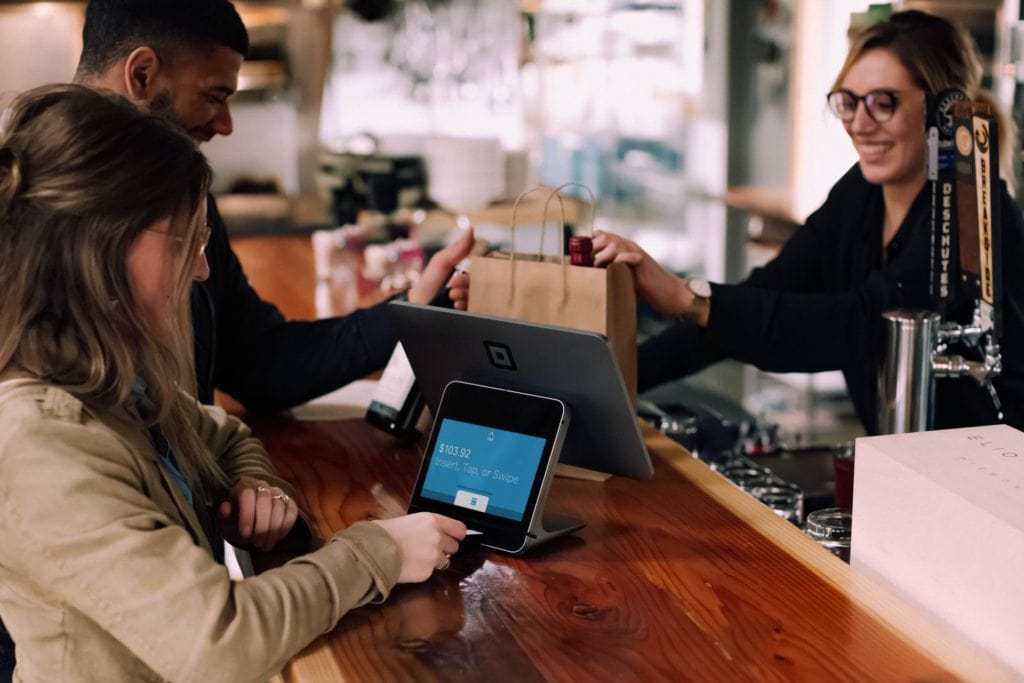 Square stock was up sharply in pre markets today after its third quarter earnings smashed estimates. For the first time ever, the company reported over $1 billion in revenues from bitcoins.

Looking at the breakup, its seller business generated revenues of $965 million in the quarter while the Cash App that was launched only about a year back reported revenues of $2.07 billion

Square posts a profit in the third quarter

Square posted a gross profit of $794 million in the quarter while analysts were projecting the metric at $708 million. In the third quarter of 2019, Square had posted a gross profit of $500 million excluding the Caviar business which has since been sold. Square’s third quarter adjusted earnings per share of 34 cents was almost double of the 16 cents that analysts surveyed by Refinitiv were projecting.

In its letter to investors, Square said that “While the macroeconomic environment remains uncertain, we continue to believe that our Seller and Cash App ecosystems are well-positioned to benefit from the acceleration of secular shifts, such as omnichannel commerce, contactless payments, and digital wallets for consumers.” It added, “We intend to invest in the business to drive attractive returns.”

Square ended the third quarter with total liquidity of $3.8 billion. This includes cash and cash equivalents of $3.3 billion and a $500 million undrawn credit facility. Earlier this year, Square invested $50 million in bitcoins that accounted for almost 1% of its total assets.

While announcing the investment, Square had called cryptocurrencies “instrument of economic empowerment” and said that it “aligns with the company’s purpose.” It said that it intends to hold these bitcoins for the long term. It also clarified that “the accounting rules for bitcoin will require us to recognize any decreases in market price below cost as an impairment charge, with no upward revisions when the market price increases until a sale.”

Earlier this week, Square’s chief executive Jack Dorsey, who is also the chief executive of Twitter, managed to win over the Twitter board’s backing amid the push from activist investor Elliott Management to overhaul the top leadership.

In its third quarter earnings release, Square also pointed to the positive momentum in its business in October. It said, “In October, Seller delivered positive revenue and gross profit growth year over year. Seller GPV was up 8% year over year, which improved modestly compared to year-over-year results in the third quarter.”

Commenting on the Cash App business, Square said that the segment delivered strong year over year growth in revenues and gross profit in the month. However, it cautioned that “Gross profit growth in October moderated compared to the third quarter, driven by a decrease in transaction volume per active customer.” According to the company, the trend was due to the end of the fiscal stimulus and extended unemployment benefits.

Meanwhile, Square admitted that “We recognize Cash App growth may not sustain at the same levels during the remainder of the fourth quarter.”

Square stock has gained 180% so far in 2020 and is among the biggest gainers this year. The stock is currently trading above its 50-day simple moving average, a sign of technical bullishness. It trades at an NTM (next-12 months) enterprise value to revenue multiple of 8.23x. Square stock gained 2.3% in regular trading yesterday and was trading 5% higher at $184 in pre markets today.

You can buy Square stock through any of the reputed online stockbrokers. Alternatively, if you wish to trade derivatives, we also have reviewed a list of derivative brokers you can consider.