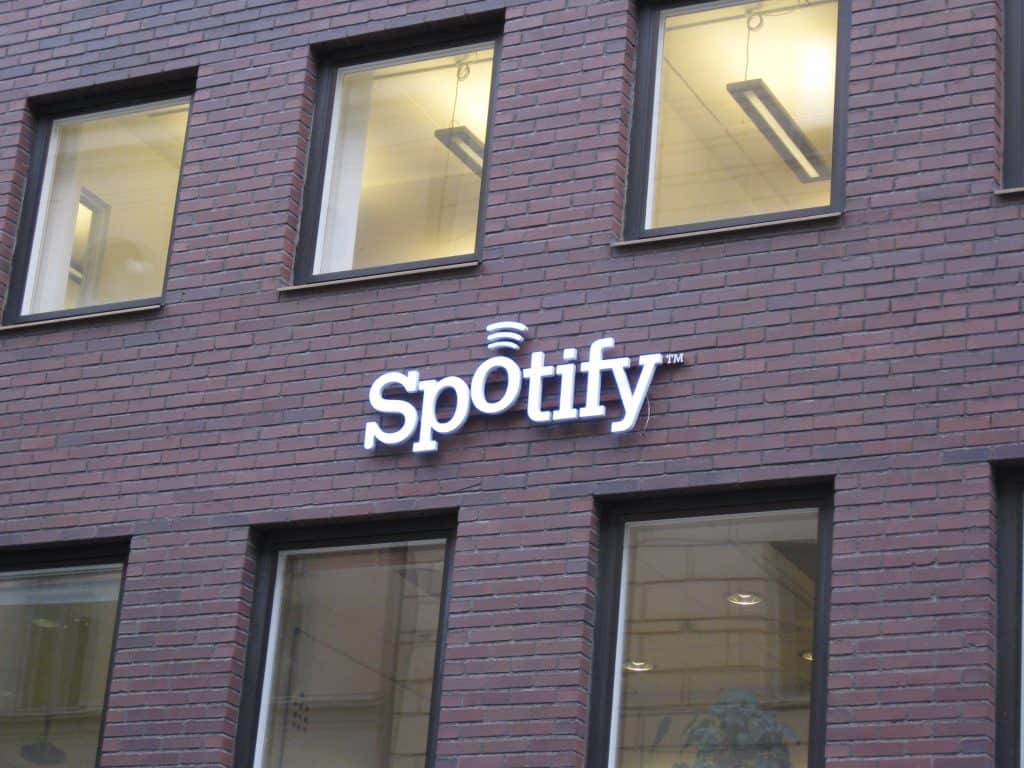 Spotify’s finance boss will leave the firm after guiding the streaming giant to its unorthodox stock market flotation.

Chief financial officer Barry McCarthy will step down next year and will be replaced by Paul Vogel, who is currently the firm’s head of investor relations.

The music streaming service added its premium subscribers jumped by 26 million in the past year to 113 million at the end of September, in better-than-expected third-quarter results.

McCarthy oversaw the firm’s unusual direct listing last April, having previously led Netflix through a public offering as its chief financial officer in 2002.

Spotify’s direct listing was different from normal initial public offerings (IPOs) because the company listed and offered shares at the same time without the help of banks, avoiding large fees. It was able to do this because the Swedish firm, which has cash reserves, did not need to raise funds. Also, because the firm is well known, it did not need an investor roadshow, usually organised by banks, to explain its business model to investors.

This form of public flotation is gaining traction among tech start-ups following disappointing recent IPOs by Uber and Lyft.

Messaging app Slack also opted for a direct listing in June, while Airbnb is understood to be mulling the method for its upcoming float next year.

McCarthy, 66, is due to leave Spotify on 15 January, after he was recruited by chief executive Daniel Ek.

“Daniel asked me to do three things: take [Spotify] public, build a team that was capable of running a public company and recruit and train my successor,” McCarthy told the Financial Times. “I’ve been on the road with Spotify for five years now, first in Sweden and then New York. I’m going home [to California].”

Spotify added 5 million subscribers in the third quarter, topping analysts’ forecasts of 4 million. Brokers had estimated its total premium subscribers would come in at 112.9 million.

The firm said in a statement its total users, including those who use its free service, were 248 million, above consensus forecasts of 243 million, which Spotify attributed to growth in Latin America and south-east Asia.

Shares in Spotfiy jumped 17 per cent in Monday morning trading to $138 following its third-quarter results , valuing the business at just under $25bn.

The firm opened on the New York Stock Exchange at $165.90 last year, giving it a valuation of $29.5bn, however, its stock had dropped more than a fifth in the past three months, underperforming the broader market.

“Sometimes the stock price reflects the performance of the business and sometimes it doesn’t. But eventually, it always does” said Spotify in a statement.

Spotify has bet on podcasts to set itself apart from competitors in a bid to sign up more customers. It has spent hundreds of millions to acquire podcast start-ups Gimlet Media, Anchor and Parcast this year.