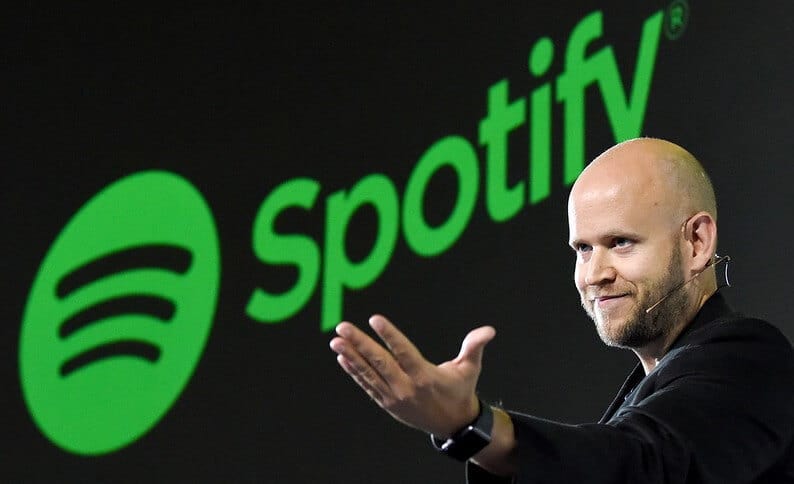 Spotify Technology (SPOT) is set to report its quarterly earnings this Wednesday and analysts are expecting much better numbers compared to last year, as a result of a potential surge in the number of people subscribed to its audio streaming platform.

Analysts from Alpha Street are forecasting that the company’s first-quarter revenues will close the period in a range of €1.71 – €1.91bn (around $2bn ), in line with the estimates of other analysts surveyed by Zacks.com.

These results would result in an 18% year-on-year growth, mostly fueled by a jump in the number of both premium, paying customers, and ad-supported subscribers, free users, of the platform.

Meanwhile, the Stockholm-based company is still expected to lose money by the end of the quarter, even though analysts are anticipating a 44% reduction in its losses per share, which should end up the quarter at -$0.49 per share, up from $0.88 in losses per share the company reported the previous year.

The price of Spotify’s are up just under 3% at $140.46 on Monday afternoon on Nasdaq, while the stock accumulates a 7.8% loss so far this year. This performance contrasted the positive results seen on the shares of other streaming platforms such as Netflix (NFLX), which has gained 31.3% since the beginning of the year, as more users have subscribed to the video streaming service to entertain themselves as they remain locked down in their homes.

Although Spotify is the indisputable leader of the audio streaming market with over 30% in market share, analsysts beleive customers are more inclined to subscribe to video streaming and spend time watching TV than listening to music while they are stuck at home.

Additionally, Spotify continues facing strong competition from rival services such as Amazon Music and Apple Music, both of which have gained double-digit market shares that could threaten the company’s long term financial performance, especially after considering the fact that Apple (AAPL) and Amazon (AMZN) have enough financial strength to take on additional market share through a price war or any other similar resource-intensive strategy.

Based in Sweden, Spotify was founded in 2006 by Daniel Ek (pictured), who is also chief executive, and Martin Lorentzon, offering users the opportunity to listen to more than 50 million digital tracks from singers and artists around the world by paying a monthly subscription fee or freely, if they sign up for the app’s ad-supported plan.

The company has faced significant criticism for failing to adequately compensate artists for their content, as the platform disrupted the traditional business model of the music industry, which relied heavily on the sale of physical and digital albums to generate revenues.