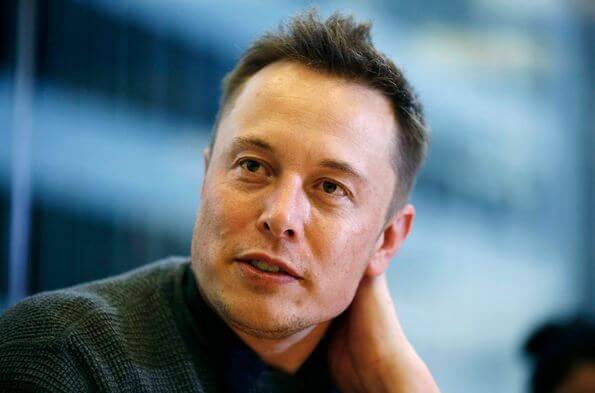 SolarCity Corp shares were more than 3 percent lower than Friday’s close on Monday morning after an analyst from Axiom Capital took a look at the firm and decided he didn’t like the price being charged for shares.

Gordon Johnson from Axiom put a Sell rating on shares in Elon Musk’s solar vehicle, and put a price target of just $24 on the stock. At time of writing shares in SolarCity were selling for $42.66. Mr. Johnson is, according to the Financial Times, the only Wall Street voice calling for clients to sell shares in SolarCity. 8 research houses advise Buying shares, 6 reckon the firm will Outperform, and 3 say to Hold the stock.

SolarCity isn’t in the Solar business

Johnson, taking a contrarian line that has been well worn when it comes to firms run by Elon Musk, says that SolarCity Corp  isn’t even a solar power firm. In his view it’s just a leasing firm, and its success is based on a few things that just may not support it going forward.

He says that the firm’s value relies on borrowing costs staying low, defaults on its 20 year contracts coming in as low as assumed, little to no effect from an ongoing Federal Investigation into the way the firm values some of its contracts, and modules from the firm’s GigaFab being able to out compete.

One of the single most important factors, and one that Mr. Johnson reckons SolarCity is likely to lose support from, is net metering. That’s a system where households are able to feed power back into the grid and only pay for what they really use.

Mr Johnson reckons that Net metering laws are changing, and they’re turning against firms like SolarCity. The main reason to buy the firm’s service is if it pays off through a lower power bill. If those benefits recede the firm is likely to lose some volume of business, and that could lead to worse issues for the firm ahead.

Johnson says that recent moves by the firm’s CEO has compounded his thesis about the firm’s future. He says that a recent sale of shares by man-in-charge Lyndon Rive means that he “actually seems to agree with us.”

Mr. Rive has sold shares worth around $54M in the last two years according to data compiled by Axiom. Elon Musk, on the other hand, lent the firm a hand in recent months. After a major dip in august the Tesla Motors Inc CEO bought $5M of shares in the firm.

Shares in the firm have not gained a huge amount in recent years as the CEO sold shares. In the last two years of trading the firm’s shares have lost more than 9 percent of their value.

Whether or not Mr. Johnson is right about SolarCity being a solar firm, however silly the argument might seem, his thought’s on the firm’s valuation, and the large risks apparent in its business model going forward, are worth taking into account.

Wall Street Research houses as a whole have a mean price target of $75 on shares in the firm. There’s a reason those shares are nowhere near that level today, and Mr. Johnson may have some insight into why that is.