Rising demand for mobile memory chips and displays helped Samsung Electronics to surpass profit expectations in the three-month quarter to March 2015. The company is facing a slump in smartphone sales where rivals are increasingly gaining market share over it in the lucrative Chinese market. Samsung recently released new smartphones to try and win back customers amid heating competition in the space. 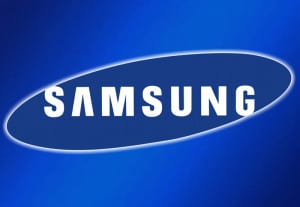 For 1Q, Samsung saw its operating income falling 31% to 5.9 trillion won or just about $5.44 billion, but still managed to stay ahead of the consensus estimate at 5.5 trillion won. Samsung has recorded six quarters of consecutive earnings decline.

Support from the semiconductor division

Apple Inc. (NASDAQ:AAPL) and Xiaomi are giving Samsung a run for its money in China, with Xiaomi widening the gap with its budget phone offering. In the December quarter, Xiaomi overtook Samsung as China’s leading smartphone vendor. As smartphone market becomes red-hot, Samsung has been able to find solace in its chip and display business, where it supplies to smartphone makers, including rival Apple.

Besides strong sales in the mobile chip category, analysts also noted that Samsung’s better than expected profits came from disciplined spending on mobile marketing. The company is expected to post improving earnings in its second-quarter, primarily helped by its recently unveiled Galaxy S6 models.

Overall sales at Samsung in 1Q declined to 12% to 47 trillion won, also missing the consensus estimate that called for sales of 90.1 trillion won.

Samsung’s audited 1Q financial results are expected in later this month as the company also said to update on its net income in the latest performance announcement.

Samsung could potentially turn around its fortunes if its Galaxy S6 model succeeds in luring back customers. The device will initially be released in 20 markets starting April 20, about the same time Apple will be bringing its Apple Watch wearable to market.

The other opportunity to put brakes on its sliding profits would be the rumored deal to return as Apple’s main chip supplier for the next generation of iPhones. There are speculations that Apple is working out a strategy that would see Samsung taking over the production of A9 processors to sit inside iPhone 6S series.