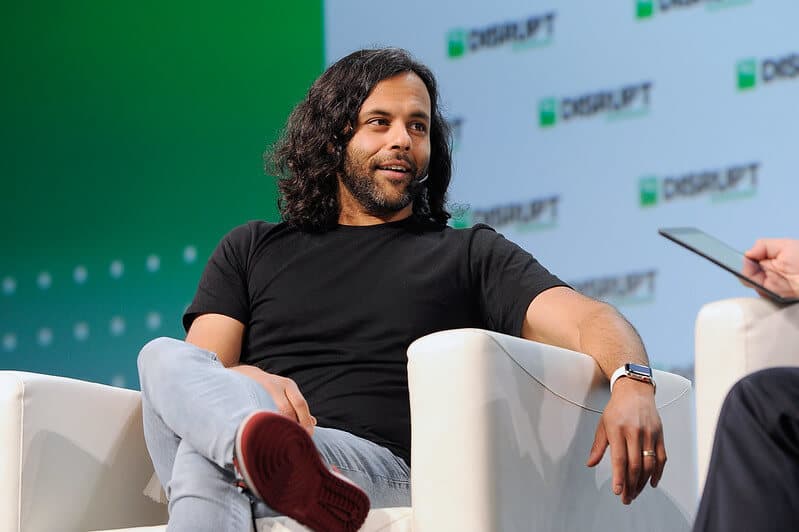 The San Francisco-based trading app plans to shut down the website it had prepared for the 250,000 users who had signed up to open a UK account, and will redirect London staff to support to its US operation.

“We’re saddened to share that we’ve made the difficult decision to postpone our UK launch indefinitely”, said the company in a statement on Tuesday.

It added: “We’ve come to recognise that our efforts are currently best spent on strengthening our core business in the US”.

In the UK, Robinhood would have come up against local operators such as Revolut , Freetrade, and Trading 212.

This is the second time that Robinhood, led by engineers Baiju Bhatt (pictured) and Vladimir Tenev, has failed to launch in another country. The company announced in 2015 that it would enter the Australian market but never did.

The company raised a total of $600mn in two separate funding rounds led by Sequoia Capital giving it a valuation of $8.6bn earlier this year, which is close to the market cap of its US competitor E*Trade – currently valued at $11.85bn – but still far off the $20bn and $40bn market cap of others like Interactive Brokers, TD Ameritrade, and Charles Schwab.

Robinhood, which has 13 million users, shook up US retail investing after launching its zero-fee trading platform in 2015, forcing rivals such as  Charles Schwab and E-Trade to scrap their fees last year.

Their brokerage firm has become the go-to trading platform for millennials, especially after the pandemic-caused February market crash, when investors flock to the app to make money out of the rebound in stock prices that followed.

However, this has raised eyebrows among regulators and industry professionals, as they fear that these inexperienced investors may be taking on significant risks without them being fully aware of how things can quickly turn against them amid the current level of market volatility.