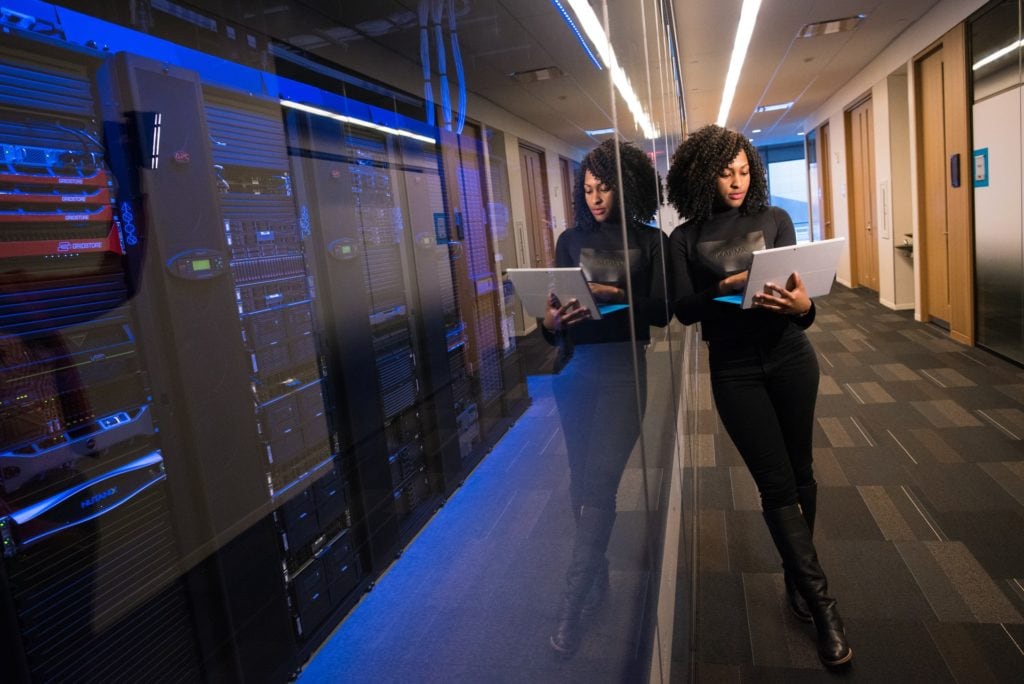 Qualcomm stock was trading sharply higher in pre markets today after posting better than expected earnings and optimism over the 5G business.

Qualcomm posted adjusted earnings per share of $1.45 which was ahead of the $1.17 that analysts were projecting. Previously, the company had said that it expects its fiscal fourth quarter earnings per share to be between $1.05-$1.25.

It had cash and cash equivalents of $11.2 billion at the end of the fiscal year with a total debt of $15.7 billion which includes the long term as well the short-term debt. 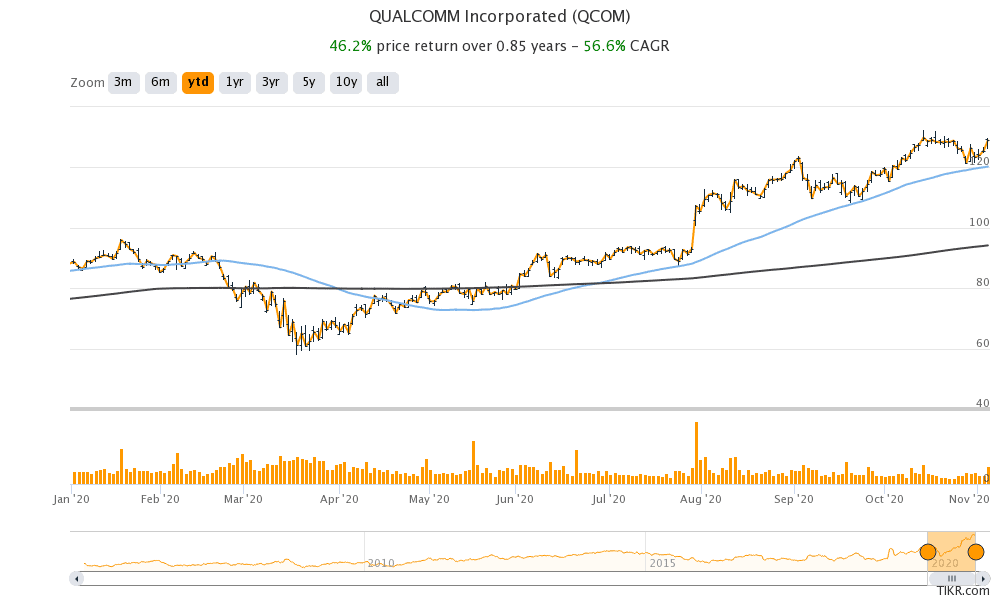 Qualcomm’s guidance was also ahead of analysts’ estimates

Qualcomm’s chief executive Steve Mollenkopf called the fiscal year 2020 an “extraordinary year, presenting both a unique set of opportunities as well as challenges.” He also said that “Our fiscal fourth quarter results demonstrate that our investments in 5G are coming to fruition and showing benefits in our licensing and product businesses.”

Mollenkopf termed 5G as the “single largest opportunity in our history, creating new opportunities to extend our leadership.”

“This disclosure will allow tracking of our progress for each of these categories as 5G expands our growth opportunity outside mobile,” said Qualcomm’s CEO Akash Palhkiwala.

Last month, Apple launched its Apple iPhone 12. It was a delayed launch by the company due to the pandemic and generally, the launch is in September, and Apple’s revenues in the quarter see some contribution from the new iPhone sales.

Meanwhile, one of Qualcomm’s new 5G chip is in the new Apple iPhone 12. While the company did not comment on the volumes, it hinted that these chip sales added to its revenues in the quarter. Referring to the 38% year over year increase in QCT revenues in the quarter, Mollenkopf said “It’s worth noting that our Q4 QCT revenue a new record included only a partial quarter impact from a large US OEM customer.”

Qualcomm on the court battle

In October, Qualcomm won a court battle with the FTC (Federal Trade Commission) after an appeals court denied the rehearing of the decision that challenged the legality of its licensing practices. During the earnings call, Mollenkopf alluded to the litigation as “unwarranted legal challenges” and added, “We now look forward to continuing our decades-long commitment to fundamental transformative innovation.”

Qualcomm stock is up 46.2% for the year and is outperforming the Nasdaq by a wide margin. According to the estimates compiled by MarketBeat, Qualcomm has an average price target of $124.44 which is a discount of 3.5% over its yesterday’s closing price. Of the 29 analysts covering the stock, 21 have a buy or higher rating while seven have a hold rating. One analyst has a sell rating on the stock.

Meanwhile, after Qualcomm’s earnings beat and rosy guidance, Wall Street analysts might take a fresh look at the stock. Qualcomm trades at an NTM (next 12-months) price to earnings multiple of 20.5x and has a healthy dividend yield of 2%.

Qualcomm stock gained 2.8% in regular trading yesterday and was up almost 15% in pre markets today. Nasdaq futures also point to a gap up opening today after the spike yesterday.

You can buy Qualcomm stock through any of the reputed online stockbrokers. Alternatively, if you wish to trade derivatives, we also have reviewed a list of derivative brokers you can consider.