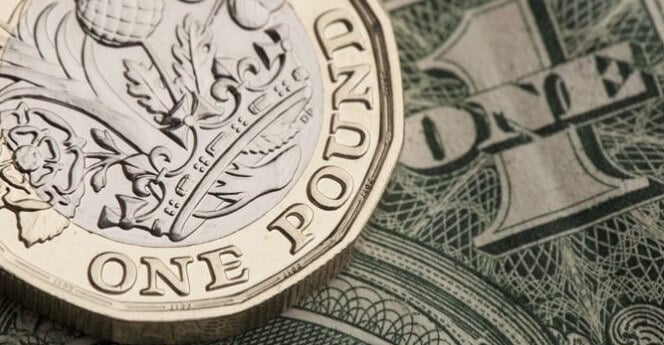 Sterling moved closer to its one-month high of 1.26 against the US dollar this Tuesday amid protests in the United States and an apparent willingness from the UK to find a middle ground on Brexit talks.

Both a stronger pound and a weaker dollar were responsible for the jump in the value of the GBP/USD currency pair, as the dollar lost territory against most major currencies yesterday in light of the nationwide civil rights protests and news on an upcoming stimulus for the US economy.

The pound advanced on most fronts, fueled by hopes that the UK would be willing to compromise on access to its fishing waters and ‘leveled playing field’ trade rules if the EU agreed to scale back its wide-ranging demands that cover state aid, environmental policy and workers’ rights.

The value of GBP/USD ended up Tuesday’s trading session at 1.2552, up 0.5% from its Monday closing, after failing to break through the 1.26 level during afternoon trading.

Meanwhile, the pound attempted to take over the 1.26 level twice today but yielded, settling now at $1.2568 and yielding a 0.12% again during today’s early forex trading activity. 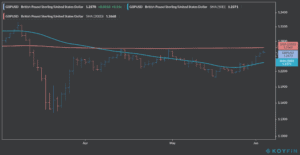 The 1.26 price level has been a major resistance for GBP/USD since the pandemic plunged the value of the pound against the dollar. The currency has failed to break through this threshold two times in the past three months, reflecting investor’s concerns about the pound’s long-term outlook.

Brexit talks continue to add to downward pressure on the UK’s currency. Analysts at ING bank said: “GBP has enjoyed some temporary out-performance on reports of more flexibility in the UK Brexit position, but we doubt GBP can hold onto gains”.

In contrast, the US dollar has been holding against both the pound and the euro lately, despite nationwide protests against the death of George Floyd who was detailed by the police and restarting the country’s pandemic-hit economy.

The GBP/USD currency pair and many others can be traded by using one of the brokers on our list of best forex trading apps.