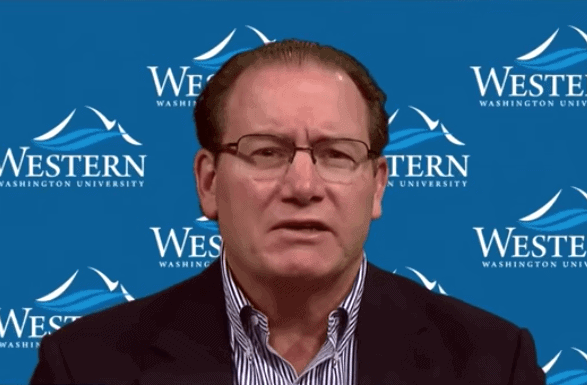 Tech stocks have rallied on the back of Amazon (AMZN) and Apple (AAPL) since Friday when the company’s beat analysts’ expectations, pushing the Nasdaq tech-heavy index 4% up for the week.

Facebook to stay at the top in the social media realm

Meeks, head of the Wireless Fund, said that even though social media platforms like Snapchat and Pinterest have hogged the spotlight due to their strong performance during 2020, Facebook (FB) is likely to remain the best pick out there as it dominates the digital advertising landscape.

He added that while he may take positions in smaller tech stocks, the investor only sees them as short-term trades rather than long-term picks, he told CNBC’s Trading Nation.

Meanwhile, the tech investor said his favorite investment ideas were long-term picks, pointing to two names within the semi-conductor industry – companies that manufacture components required to produce computers, cellphones, and other similar devices.

“Probably my favorite ideas, not necessarily in the near term because I can’t predict the near term but over the next couple of years, are two semiconductor-related names”, said Meek, pointing to Micron Technologies, an Idaho-based chip-maker, and ASM Litography, a Dutch maker of semiconductor manufacturing equipment.

“I think they will double their stock price over the next two or three years, whereas some of the marquee tech stocks I think will continue to outperform but they can’t double from here”, Meeks said about Micro Technology.

He added: “We’re in a tech world and everything else is just revolving around us in the periphery”.

Is Micro Technologies really a buy at this point? 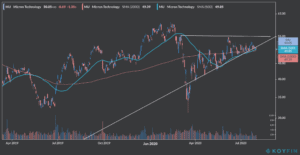 Micro Technologies (MU) shares are seeing downward momentum as they have been trading below their lower trend line over the past three sessions, which could point to a potential upcoming short-term drop in the price.

However, Micro Technologies posted market-beating revenues and earnings during its third quarter of the year in June but failed to reach higher levels and has missed the broad-market tech rally seen since the March bottom.

If investors were to follow Meeks advise, the current bearish set up seen in the charts could result in lower prices for Micron over the next few weeks which could provide a more advantageous entry price for buy-and-hold investors or it may also be an opportunity to short the stock.