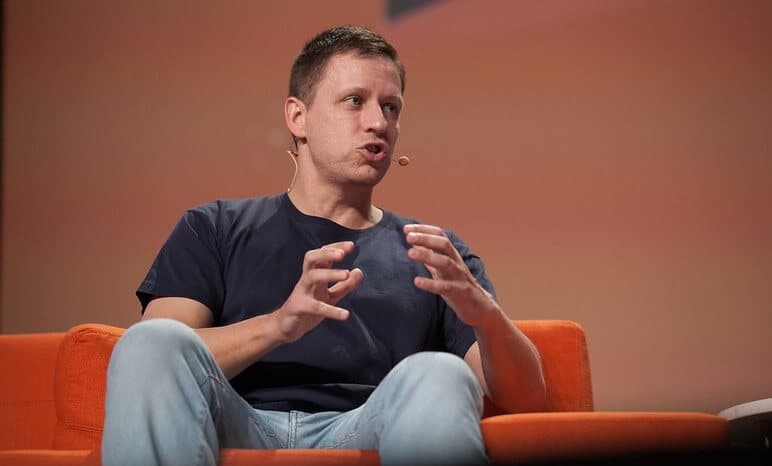 The firm co-founded in 2004 by billionaire Peter Thiel (pictured), has been involved in some of the US government’s most politically sensitive projects, from identifying terrorists to the tracking of illegal immigrants.

The analytics business could file for an initial public offering (IPO) by September,  people familiar with the matter told Reuters.

California-based Palantir has been valued in a range between $10bn and $20bn in private transactions and it reportedly produced $700m in revenues last year, while forecasting $4bn in sales by the time it goes public.

The business is still deliberating whether to go public via a traditional IPO or a direct listing, but has already lined up Morgan Stanley as an advisor.

Other companies that have successfully launched their IPOs during the pandemic include online used car seller Vroom Inc (VRM), whose shares nearly doubled from their initial price of $22 after they were launched.

Both Palantir and Morgan Stanley declined to comment on the matter.

Founded by Thiel and Alex Karp, Palantir is one of the key players in the growing trend known as ‘big data’ which seeks to analyze large data sets to extract valuable information for multiple purposes. Thiel is also a co-founder of PayPal.

The company is best known for working with the US Counter Intelligence Agency (CIA) in the capture of al-Qaeda leader Osama bin Laden by gathering and interpreting different kinds of data to narrow down the whereabouts of the former terrorist.

The tech firm is also reportedly assisting the US government and other countries in their efforts to contain the spread of the coronavirus in the country by providing valuable information on how the virus advances.