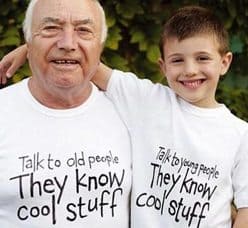 Reuters: – Investing in bonds while rates are rising. – The real problem with today’s low interest rate environment, is not that interest rates are bound to go up sooner or later. That’s a good sign: it’s what happens when an economy goes back to normal. As Goldman COO Gary Cohn said, “we have an entire generation of investors who have never experienced a rising rate environment.” Most of those investors are looking after the money of individuals who consider bond funds to be low-risk investments, and a lot of them are going to end up doing very stupid things as interest rates start to rise, losing a lot of their investors’ money.

WSJ: – How to buy muni bonds. – The complete guide to buying muni bonds in the most efficient way, without paying large commissions to your broker.

Bloomberg: – Most withdrawals of ’13 ignore history of July gain. – Mutual-fund investors pulling the most funds since December from the $3.7 trillion municipal market are creating an opportunity for buyers of individual local bonds as tax-exempt yields reach a 15-month high.

Learn Bonds:  – High-yield bond spreads finally start to widen. – For investors with money to put to work, it is a good thing that spreads have started to widen. Let’s hope it continues over the coming days and weeks. In the meantime, tighten up your watch list of bonds to buy and be ready to act at a moment’s notice—for just as quickly as spreads widen, they can also narrow.

Fortune: – The upside of current market turbulence. – As some prices overshoot in the downward direction, as they inevitably do, investors will come across opportunities that they previously could only hope for.

Anthony Valeri: – This weeks bond market perspectives. – The yield rally continues. – Strong demand during this week’s Treasury auctions would be a sign that now-higher yields are enough to compensate investors, despite the uncertainty of when the Fed may begin to reduce the pace of bond purchases. Signs are emerging that the rise in yields has begun to attract demand. We view the current bond sell-off as being overdone, as the Fed’s timing around a possible first interest rate increase has not materially changed.

DealBook: – On the end of the generational bond bull market. – In anticipation of what the Fed may do, many on Wall Street have been preparing their portfolios for a future in which interest rates do not remain at the low levels of the last few years. In a survey of 500 large investors, 43 percent said they were planning to cut back on their exposure to bonds this year, while only 16 percent are planning to increase it, according to the asset manager Natixis.

Bond Buyer: – Diverging yield benchmarks complicate pricing. – Recent illiquidity in the municipal bond market is making price discovery difficult for traders, a problem that is being complicated by divergences in the indexes they use to track benchmark yields.

Money Beat: – Hear the bond markets howl. – Equities everywhere have seen sharp selloffs and jumps in volatility over the past few weeks after the U.S. Federal Reserve dropped hints that it would start to reduce its asset-purchase program. So far, these have only been warning shouts, relatively modest moves in the context of their huge gains since the markets hit lows in 2009. But for all their apparent power, central bankers might find it hard to make a smooth transition from hyper-accommodative monetary policy to something more normal without big market ructions. And the epicenter of those ructions won’t be equities or forex but rather in bonds.

Barron’s: – Junk bonds undercut by interest-rate risk, still overpriced – Fridson. – The recent junk-bond selloff has been an unusual one, as Citi strategists pointed out last week. Junk-bond guru Martin Fridson of research firm FridsonVision, who had warned for months that the market looked overpriced, offers his latest take today. He underscores that this sell-off was different in that it stemmed from interest-rate risk, not credit risk, as it occurred while Treasury rates were rising sharply, and he says the market still looks overpriced.

Reuters: – Asia’s ticking time bonds; time to cut and run? – Efforts to make the global financial system safer could be making Asia more – not less – vulnerable to any credit market shocks, leaving bond traders worried that a sharp selloff since late May could turn into a rout.

Cate Long: – Big muniland haircuts. – Bond insurers have exposure in bankrupt Stockton, insolvent Harrisburg and tettering Puerto Rico, among other places. This is a new concern for muniland. Big bond haircuts among insolvent muniland issuers are sure to continue. A new research topic for investors will be legal protections and priorities for different categories of debt. We are far from sorting out all these issues.

Yahoo Finance: – Balky bond-market plumbing is a big, hidden risk. – It’s time to worry about the bond market. This isn’t an investment call tied to familiar concerns over Federal Reserve actions, possible higher interest rates or rising inflation. Rather, investors should worry about a less-discussed reality.

Jaimini Desai: – The Fed is telling you to stop dancing. – In this article, I want to provide some evidence against the notion that the Fed is attempting to raise rates due to a strengthening economy and show the real reason for the Fed’s actions – a concern and attempt to tamper down on excess speculation.

Bloomberg: – Can Bernanke avoid a meltdown in the bond market? – The past few weeks have given us a hint of what might happen when the Federal Reserve starts to reverse its super-easy monetary policy. Expect turbulence in financial markets, especially for assets that have moved far above normal or reasonable valuations.