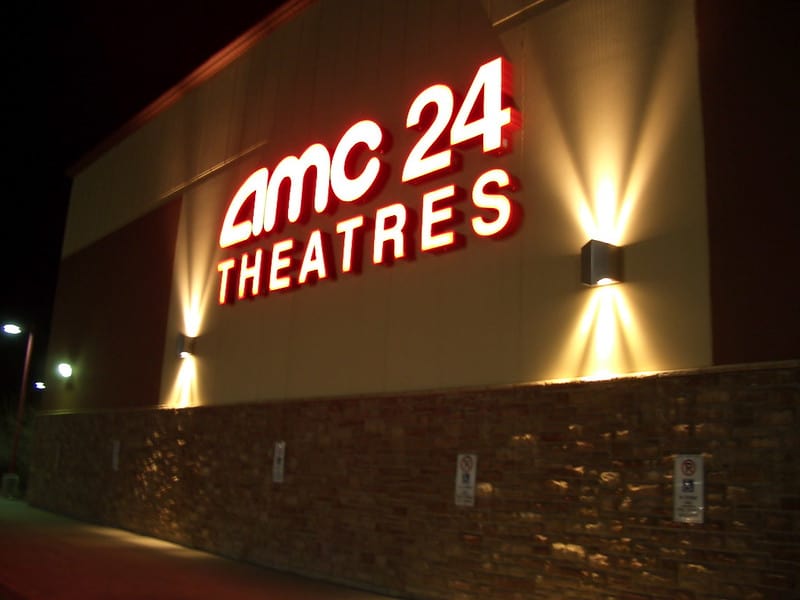 AMC Entertainment Holdings is seeking to raise capital through a share sale arranged by a small group of banks as the pandemic situation persists in both the United States and Europe, forcing the movie theatre operator to strengthen its liquidity.

In an SEC filing released yesterday, the company said it is selling as much as 15 million shares which will be distributed to two sales agents – Goldman Sachs (GS) and Citigroup (C) – to be sold “at-the-market”.

AMC shares dived nearly 3.6% yesterday at $4.61 following the news and they are also down 1% in today’s pre-market stock trading activity.

Why is AMC selling shares?

AMC, the largest movie theatre operator in the world with more than 1,000 venues, is seeking to raise capital as the pandemic situation has endured for longer than expected in key locations including the United States and Europe.

The company cited in the filing that although certain states in the US have authorized the reopening of cinemas – as long as proper bio-safety measures are followed – other states have not yet permitted the resumption of these activities, which has resulted in lower revenues for the firm during the third quarter of 2020.

AMC said it managed to reopen 461 theaters in the US with a limited seating capacity ranging from 25% to 40%, which has resulted in an 81% decline in attendance.

For its international operations, AMC reported that at least 90% of its theaters overseas were successfully reopened – although at limited capacity as well – reporting a 74% decline in attendance as a result of these limitations.

Finally, AMC reported a total cash burn of $292 million during the second quarter ended in June 2020 and the company expects to disburse a similar figure – around $100 million per month on average – during the third quarter of the year.

AMC had a total of $507mn in cash and equivalents by the end of August, while the current share sale could add at least $60mn more to the company’s cash reserves – although the actual amount of the inflow can only be determined once the sale is completed.

Are AMC shares a buy or a sell at these levels?

AMC shares have been diving since the beginning of September as the virus situation in Europe has worsened and amid a persisting outbreak in the United States.

The company’s inability to fully resume its operations is clearly weighing on its shares and it remains unclear for how long its activities will be limited.

AMC shares took a hit after failing to move above $7.30 on 2 September and are now falling below their lower trend line dating back to its March lows.

This move could be signaling a further depreciation in the value of the stock, possibly driven by a combination of the dilution caused by the share sale and as a result of a gloomy outlook – including the firm’s large cash burn, as AMC reserves at the end of August covered roughly six or seven more months of expenditures.

Finally, the RSI shows that the latest price action has resulted in a lower low, which means that momentum has weakened.

At this point, AMC deteriorating fundamentals and a worsening virus situation in key geographical areas for the business are both strong reasons to consider selling or even short-selling the stock – with a potential upside of $0.90 if the stock were to fall to its $3.70 support.