The world has shown a lot of love for Microsoft Corporation’s Surface Pro range. What was ridiculed when it first hit the market now rakes in buyers at a considerable rate. The American tech firm has taken a different approach to what consumer tech should offer. and is sure looks like those efforts are paying off. Today, LearnBonds dives into talks about the next edition of the Surface Pro range. From what is being said, fans can look forward to a real game-changer of a device.

The ultimate goal for the Surface Pro series is to produce powerful tablets that could ideally function as laptops. So far, this is only achieved to a certain extent. However, that alone has proven enough to attract buyers to the gadget range. Taking a glance at the Surface Pro 4, it is sleek and can make light work any reasonable PC task. In spite of our best attempts, the gadget also fails to come off as a poorly spliced 2-in-1 gadget. Instead the Pro 4 elegantly stands at attention while using the foldout keyboard for laptop functions. It is clear that Microsoft incorporated style into its poised, sleek design, too.

The rise of Microsoft hybrids

“Three years ago, the 2-in-1 as a form factor was questioned,” Satya Nadella tells the Australian Financial Review. During the interview the Microsoft CEO recalled the backlash and caution his firm received from both rivals and partners “Does anybody need one? And now guess what? Even our competition has decided that it’s not a refrigerator and a toaster but it’s actually a 2-in -1.”

The appeal of hybrid gadgets had yet to take off back then. What many analysts overlooked is Microsoft’s effective use of the same innovative approach that put items like the iPad, and subsequently tablets, on the map. The maker of Windows OS has been unrelenting in pushing out products that built bridges between separate, conventional and seemingly unrelated devices. Today this is paying off brilliantly.

Experts were certain about a new Surface Pro coming out last year. Microsoft hardware fans were left slightly disappointed when the 2016 Windows Event came and went without even a hint at the Surface Pro 5. Although, a few exciting gadgets exciting did come along last year. The last Windows Event saw Microsoft unveil its 2-in-1 Surface Book i7 and all-new Surface Studio. All eyes are once again glued to the Redmond firm as 2017 promises to be the year of the Surface Pro 5.

The Surface Pro 5 not coming out last year could prove to be a mild blessing in disguise. It allows the device to come equipped with the the latest and most powerful processors currently on the market. The new Surface Pro stands to be equipped with Intel’s new Kaby Lake chips, launched several weeks ago. Although other reports seem to be in favor of Qualcomms’s Snapdragon 635s. These hold one advantage over the 7th gen Intel Core chips — Snapdragon 635 processors are less taxing on battery power. It should be noted however that the Surface Pro series seeks to cram the best possible PC capacity into a tablet device. This would logically make the Kaby Lakes a better option. 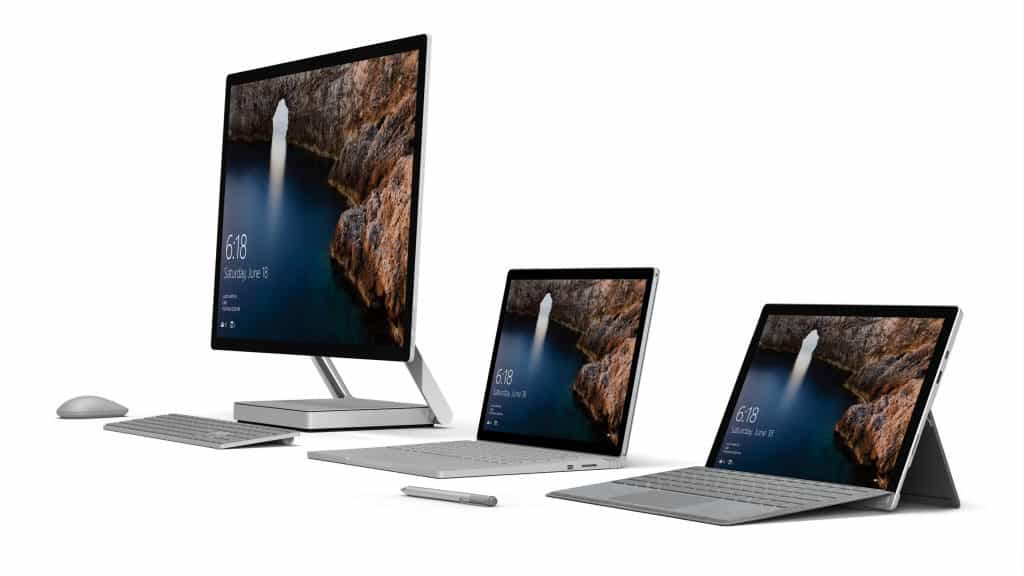 In fact, the Surface Pro 5 is alleged to come standard with accessories like the Surface Pen and foldout pad. While these have always been available for purchase, their standalone price options tend to make user overlook them. This also stops people from using the Pro 5 at its full 2-in-1 capacity. These inclusions would ultimately translate into the gadget’s going price, but could prove well worth the additional cash.

The last few years saw the tech world take a liking to USB Type-C. Back in 2015, the Surface Pro 4 came out with a handy USB 3.0 port. Even though a USB slot adds whole dimensions of convenience to any tablet, replacing the 3.0 with a Type-C would make the Surface Pro 5 a desirable, standout purchase. Thunderbolt 3 support would not go unappreciated either.

The upcoming Surface Pro 5 promises to offer new sorts of innovation and conveniences. Microsoft has reportedly given the gadget’s manufacturing contract to Pegatron. It is the same company that builds the new Surface Studio. We look forward to the end to the end of the first quarter to see how far the rumors are from the truth.

What is your take on the Surface Pro 5 rumors? Are there any new features you would like see on the upcoming gadget? Let us know your thoughts by leaving a comment below. You can also keep the conversation going sharing this page on social platforms.