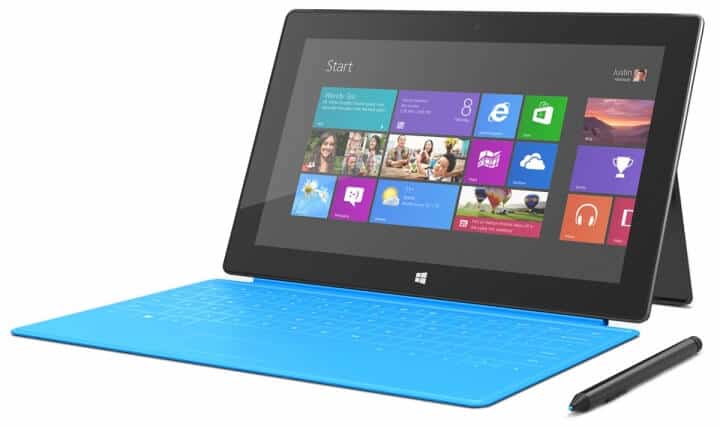 Microsoft Corporation came fairly late to the tablet scene. The company launched the first generation of its Surface tablet in 2012 as means to rival Apple’s iPad range within the booming tablet market. The Surface devices took a while to take off. The company’s devices struggled to rake in appeal for some time and many analysts were uncertain whether Microsoft had any place in hardware at all. Fast forward towards the end of 2015, and Microsoft’s tablets now appear to be outdoing those of Apple Inc. .

Recent reports revealed that Surface device sales have surpassed iPad sales online. For a long time, Apple Inc. had held the lead in online tablet sales. However, Microsoft seemed undeterred by its lagging position and kept bring out improved versions of it Surface range year after year.

The numbers come from the report “1010data Facts for Ecom Insights, January 2014 – October 2015,” and were reported on by WinBeta.

The popularity of the Surface items arose as the answer to a growing dilemma in consumer electronics. It turns out that many people often found themselves torn between buying a laptop or a tablet. Both items obviously have their perks and drawbacks, and, with the dwindling demand for PCs globally, both items fare roughly the same in desirability.

Enter the Surface hybrids from Microsoft Corporation . The devices were launched as the tablets that could replace your laptop. However, consumers hadn’t really taken notice of these laptop/tablet gadgets until around late 2014. Now a report by 1010data Ecom shows that Surface devices had the highest online sales in November.

The Surface Pro 4 and Surface Book were launched at the end of October after being announced a month earlier. The devices received a lot of positive reviews which added a lot to the Microsoft’s upward trend in the hardware segment. The report shows that Apple Inc had dominated U.S. online tablet sales for years up until now. It was compiled from the leading 100 online retailers in the country. Together these online retailers account for 95 percent of online physical product buys.

Researchers are unsure as yet if the sales spike is the due to an initial launch boom or whether Microsoft tablets are appealing more to consumers.

The firm is balancing a number of popular products right now. These include its latest Windows 10 OS, which has seen a record number of installations thus far, its virtual assistance software, Cortana, as well as a few others.

Over the last three years, MicrosoftCorporation has been working towards pushing its software on all device platforms. The fruits of its efforts now appear to be paying off according to these stats.

The launch of the latest Surface devices fitted perfectly with that of the latest Windows operating system. By the time the new hybrid gadgets came along, the world was already hyped up over the Microsoft OS.

Though still too soon to call, Microsoft’s strategy to outdo the iPad appears to be working. Apple has recently launched it newest addition to the iPad range, the iPad Pro. The device is the largest tablet produced by Apple Inc.  and has features which rival that of most MacBooks. For now, only time will tell which hybrid device holds market dominance.