Microsoft Corporation and Google Inc have agreed to end their 5-year long legal dispute over patents. The two firms recently released a joint statement announcing the deal. It shies away from any specific details about the deal. However, the firms relayed that they have conceded to working together on certain patent matters rather than keeping up with their endless legal cases. 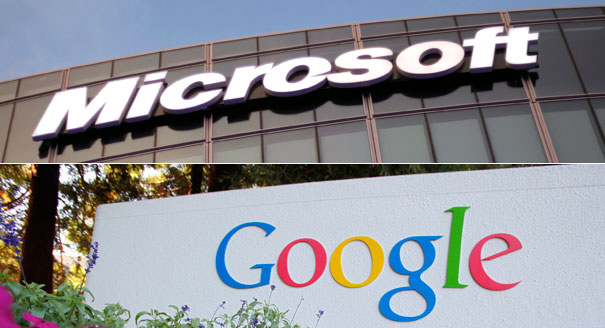 Google and Microsoft Fight Over Royalties

All pending legal cases between the two giants have been put to rest. Most of these disputes were in regards to royalties not being paid for Wi-Fi and video patents in smartphones. Motorola, too, was highly involved in the legal battles.

The classic Razr cell phone maker was acquired by Google in 2011 for $12.5 billion. Microsoft reported Motorola to have failed in paying the agreed upon royalties for using patented tech. Owning firm Google shot back. The search giant accused Microsoft of filling the Xbox system with Motorola’s video compression and wireless tech. After gaining a lot of patent tech from Motorola, Google sold the firm to Lenovo 3 year later. $2.91 billion was received in the deal. However, the search giant still owns the rights to most of Motorola’s intellectual property.

“As part of the agreement, the companies will dismiss all pending patent infringement litigations between them. Including cases related to Motorola Mobility,” the statement relays.

The year 2010 saw Microsoft  accuse Google of using patented tech on its Android OS. The OS was infringing on a few of the Windows maker’s patents without paying any royalties. Both of the firms were locked in a legal disagreement in Germany over a patent for video encoding as well.

Neither firm has said whether any payment will be involved in the deal.

The deal between Microsoft and Google is not the first of its kind to come in recent days. Apple accused Samsung of using its patents on Samsung devices. However, the dispute was dropped last week under a confidential deal between the two tech firms.

Microsoft and Google can finally focus on the things they actually do agree on with their disputes set aside. Both firms have been reported to be working together to fight against the unfair status of intellectual property rights. The two firms also announced that they are collaborating under a group called the Alliance for Open Media in September. It is said that the venture will revolutionize video streaming. Other industry giants such as Amazon and Netflix are reported to have a stake the project as well.