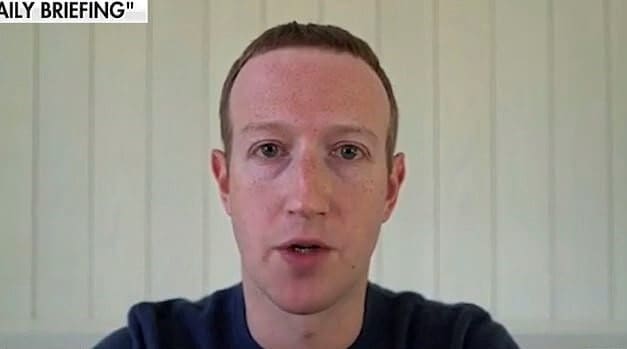 The head of the world’s largest social media platforms, Facebook and Instagram, weighed in on the measure during an interview on CNBC’s Squawk Box on Thursday. He said: “I don’t think that Facebook or internet platforms in general should be arbiters of truth”.

He added: “Political speech is one of the most sensitive parts in a democracy, and people should be able to see what politicians say”.

Zuckerberg said the measure was potentially “dangerous”, adding it is hard to start drawing a line between “what’s true and what isn’t”. The Facebook boss said that people should be allowed to draw that line themselves.

Trump, who has over 80 million followers on Twitter, has called to “strongly regulate” or even “close down” apps that silence conservative political views.

The order would require the Federal Communications Commission (FCC) to clarify regulations under Section 230 of the Communications Decency Act, a federal law largely exempting online platforms from legal liability for users posts, according to Reuters, which has seen a draft document. Such a move could expose tech companies to more lawsuits.

Facebook (FB) and Twitter shares ended up yesterday’s session in the red zone, following the President’s comments, losing 1.3% and 2.8% to end up the session at $229.14 and $33.07 respectively. Google shares barely moved despite the heated discussion. 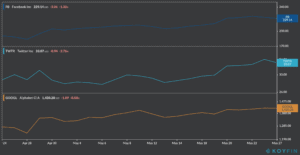 Meanwhile, Twitter’s chief executive Jack Dorsey defended the decision of labeling Trump’s tweets for fact-checking through a tweet on Thursday where he stated: “We’ll continue to point out incorrect or disputed information about elections globally. And we will admit to and own any mistakes we make”.

Trump’s tweets regularly arouse controversy. This year, Trump held China responsible for being behind of the coronavirus outbreak, while also mocking political rivals including Democrat candidate Joe Biden through his Twitter account.

Facebook and Twitter shares can be traded by using one of these free stock trading apps or by opening one of the accounts featured on our list of best brokerage accounts.