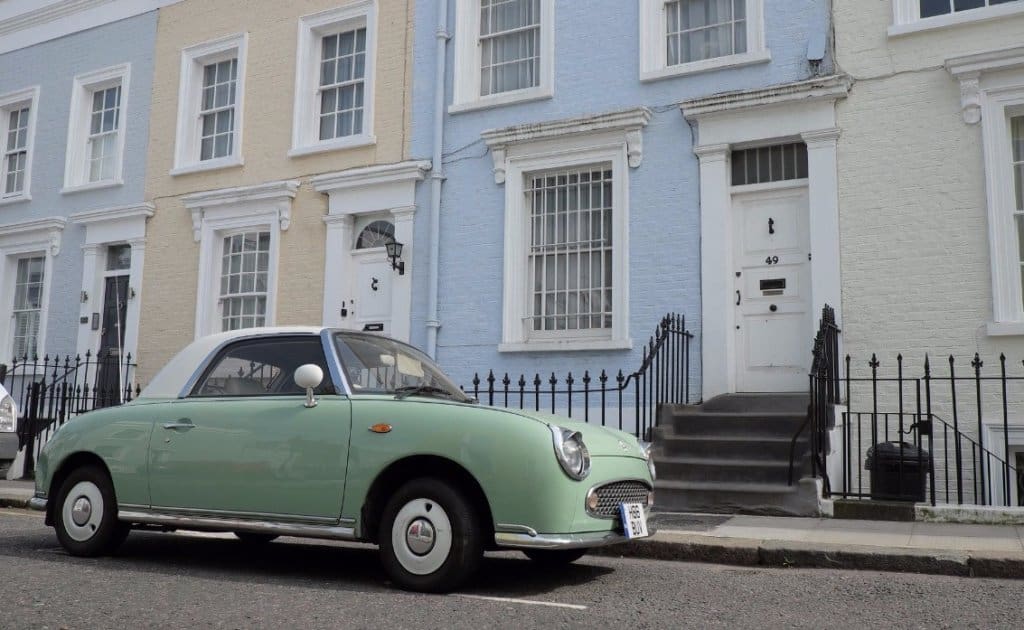 Rents in London have dropped to their lowest level in six years as the coronavirus pandemic has hit demand in the British capital.

Rents have plunged 3% during the first six months of 2020 and could continue to drop by as much as 5% for what remains of the year as landlords have flooded the market with properties they previously rented to tourists and short-stay visitors, according to Zoopla, a website that gathers information about real estate properties.

Based on those estimates, average rents could end the year at £1,580, although some areas of the British capital could see a steeper decline since the pandemic has driven off demand with workers moving to less expensive areas while they remain working from home.

Moreover, a higher level of unemployment would also contribute to reducing the demand for rental properties in the capital, as those who have been laid off or have secured lower-paying jobs are likely to move to less expensive locations.

Based on Zoopla’s findings, the level of rental affordability in London has increased, with the percentage of income required to cover the monthly rent dropping from 54% to 45% since September 2014.

However, London continues to be the most expensive region in the country, while in the rest of the UK the same level has remained largely unchanged for the last six years. 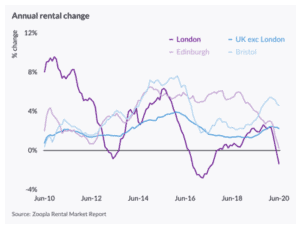 What to expect for the rest of the year?

The demand for rental homes has rebounded since lockdowns in the country were lifted, at least in the capital, primarily fueled by pent-up demand from renters who had postponed their plans amid the pandemic.

However, Zoopla’s research anticipates that rental prices will nearly halve in regions outside the capital, while in London the annual decline could hit 5% by the end of the year.

Grainne Gilmore, head of research for the London-based property portal, said: “The future path of annual rental growth will be determined largely by the economic outlook, especially the rise in unemployment and the future path of average earnings”.

She added: “Uncertainty continues over how any further outbreaks of COVID will impact the resumption of office life, student life and tourism, and this uncertainty will impact demand in some markets during the rest of the year”.