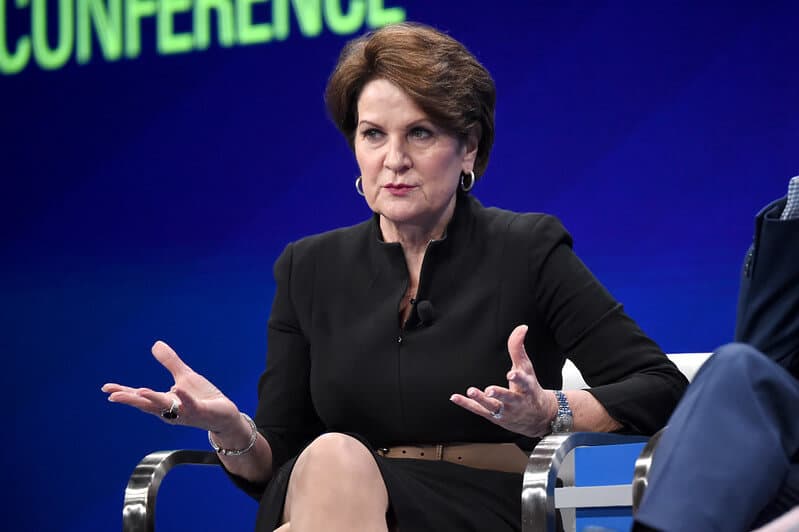 China said it will impose sanctions on US aviation and defense giant Lockheed Martin following a possible $620m missile parts deal with Taiwan, as tensions escalate between china and America.

Chinese Foreign Ministry spokesman Zhao Lijian made the announcement at a briefing in Beijing on Tuesday and called on the US to cut military ties with Taiwan, which China considers part of its territory.

The US approved the deal between Lockheed and Taiwan to refurbish the island’s existing Patriot Advanced Capability-3 (PAC-3) missiles so that they can last 30 years.

“China firmly opposes US arms sales to Taiwan”, said Zhao. “We will impose sanctions on the main contractor of this arms sale, Lockheed Martin”.

Lockheed, led by chief executive Marillyn Hewson (pictured), could stand to lose revenues in the region as a result of the sanctions, even though the extent of the damage is still unclear.

The Maryland-based contractor reportedly generates nearly 10% of its revenues from the Asia Pacific region, according to data compiled by Bloomberg.

However, it is unclear how much exposure Lockheed has to China’s sanctions, as US arms manufacturers already face strict limitations on what kind of business they can do with countries deemed by Washington to be strategic rivals, such as China.

Sikorsky, which is owned by Lockheed Martin, has a joint venture called Shanghai Sikorsky Aircraft Co. Ltd. that does business with aviation companies and government-backed enterprises.

Lockheed shares were shedding 0.8% during today’s pre-market stock trading activity, after gaining 1% by the closing bell yesterday, ending the day at $353 per share, while the stock is down 8.2% since the year started. 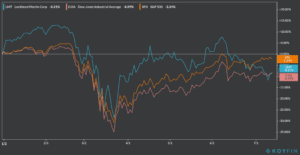 This latest move from China comes after a halt in the implementation of “Phase Two” of the trade deal with the US, following a range of political and trade rows.

Also, today the UK kicked the Chinese telecoms giant Huawei off its 5G network, after US President Donald Trump’s administration imposed new sanctions in May limiting the firm’s access to US chip technology.

The US has also condemned China’s involvement in Hong Kong after the Asian country issued a new security law that would essentially eliminate Hong Kong’s pseudo-independent rule of law over Beijing’s.