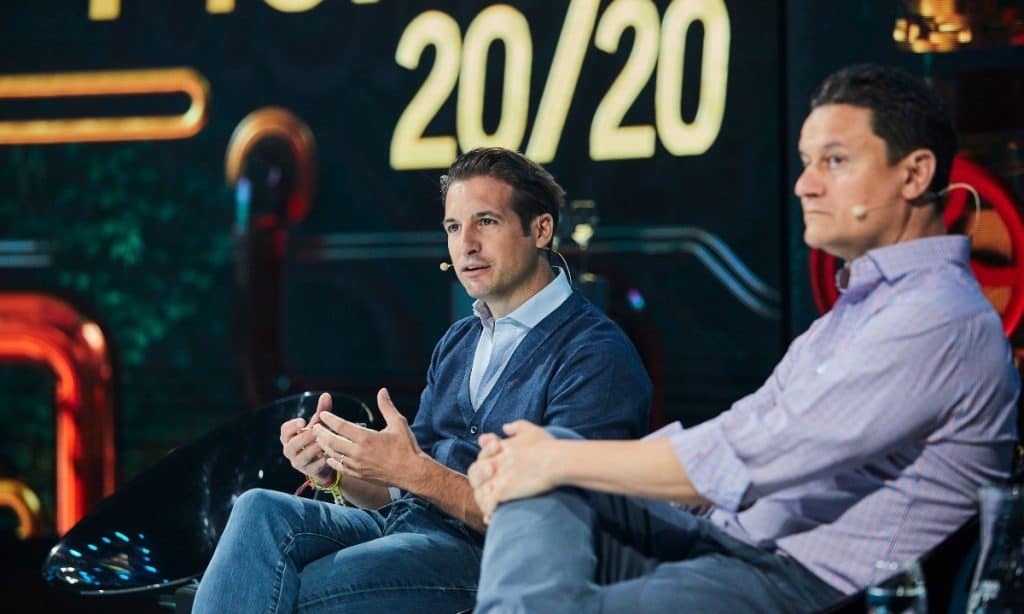 Lending platform iwoca has lent more than £1bn to small firms since its launch seven years ago, as business confidence continues to slump amid Brexit uncertainty.

The London-based small business lender said it has funded over 30,000 businesses since it was established, and made funding available to a total of over 50,000 firms across a range

Loan originations in the business jumped by 91 per cent to £325m year on year, according to Companies House filings in August. This allowed the platform to return its first annual profit of £1.3m in the year to the end of last December, compared to a loss of £2.6m in the previous 12 months.

Chief executive and co-founder Christoph Rieche (pictured, centre) said the “milestone is a huge achievement for iwoca”, as the platform seems to buck the trend of increasing uncertainty and reduced lending among small firms.

Thousands of small businesses are struggling to stay afloat amid an “unprecedented” slump in confidence since the UK’s vote to leave the European Union, said Federation of Small Businesses chairman Mike Cherry last month.

He said smaller companies are being crippled by spiralling operating costs since the 2016 referendum, and warned major reductions in business rates were necessary to avoid “a very bleak winter”.

Cherry added: “Small businesses have been left hamstrung by uncertainty for the past three years.”

The number of small firms falling into administration hit a five-year peak in the first quarter of 2019, the Insolvency Service said in April.

The government agency recorded an increase of nearly 22 per cent on the previous quarter, with 451 administrations in the first three months of the year, and 31,527 individual insolvencies – the second highest rate since 2010.

Iwoca was founded in 2012, with the platform raising £350m in debt and equity from investors in that time.