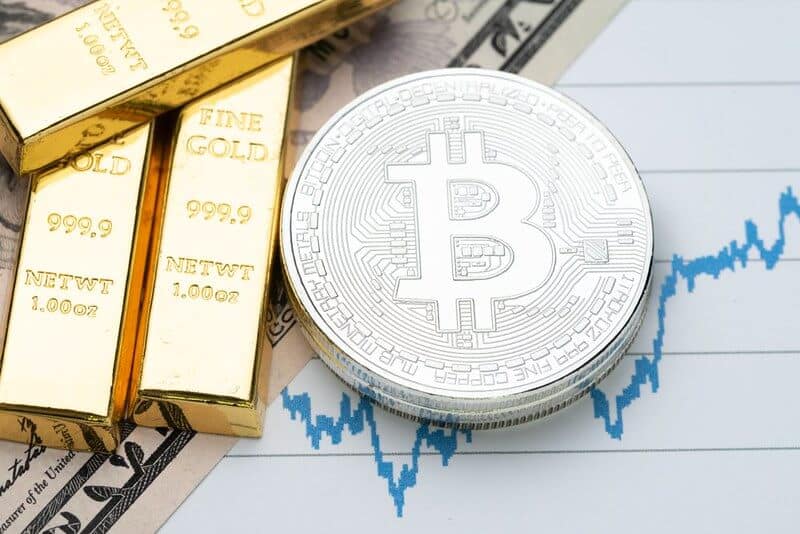 A combination of uncertainty and expansionary monetary policies from central banks around the world has triggered fears of inflation, causing investors to flock to Bitcoin and gold as hedges against rising prices.

Advocates on either side of the argument push these two assets as the best hedge against inflation, which has prompted investors to look hard at the question.

Below is a summary of the pros and cons of investing in Bitcoin and gold as a hedge against inflation.

Bitcoin and Gold’s Performance in 2020

The value of both Bitcoin (BTC) and gold has been rising steadily off their March lows, with the cryptocurrency climbing above $12,000 per coin for the first time since the middle of last year, while gold has jumped to all-time highs, blasting through the $2,000 level for the first time in history.

So far this year, gold has risen by 31%, while Bitcoin has delivered a remarkable 64% for those who have held on to the digital currency despite its volatility.

Both assets have advantages that make them appealing alternative stores of value as central banks chip away at their fiat currencies by injecting massive amounts of liquidity into the financial system.

As for gold, the yellow metal has been seen as a store of value in tough economic times for centuries, although holding the precious metal does not generate any income for investors.

On the other hand, Bitcoin (BTC)’s decentralized blockchain network and deregulated status makes it an alternative for the most fervent of investors who believe that fiat currencies will be challenged due to their government-controlled status, although veterans like Jim Rogers have warned that there will be significant opposition that will prevent this from happening.

The perks of gold in the current environment 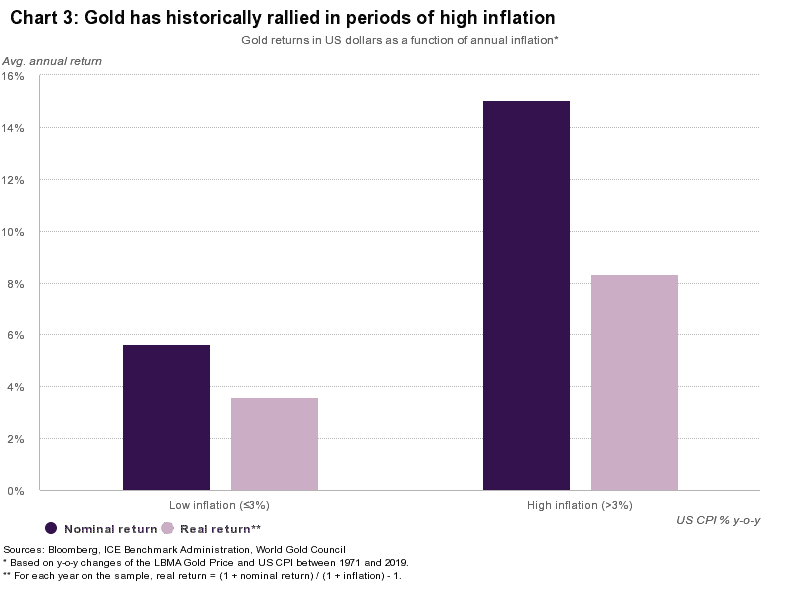 Gold has a number of things in its favor as a potential pick for investors seeking to protect their money from losing its purchasing power.

First, gold is a physical asset, which gives investors a sense of reassurance that their money is deposited into something they can see, touch, store, and trade physically.

Meanwhile, in an environment plagued by negative interest rates and sky-high equity valuations, gold emerges as a conservative asset class that has historically outperformed inflation.

In fact, according to a report from the World Gold Council, gold has gone up 15% on average during periods when inflation in developed countries has spiked above 3%.

Those periods are usually marked by low interest rates and high levels of uncertainty, the situation that financial markets are currently going through.

Meanwhile, although the demand for gold has been dropping due to the pandemic, gold’s supply has also been sidetracked as a result of disruptions in the precious metal’s supply chain.

Once the virus situation subsides, those two elements are likely to offset each other as well, leaving gold with a positive economic backdrop allowing it to rise.

Bitcoin emerges as a potential rival to gold not because it shares some of the precious metal perks, but mainly because there is a new generation of millennials who back the cryptocurrency and turn away from government-controlled fiat currencies.

A recent survey found that 42% of 18 to 34-year old individuals are “very” or “somewhat” likely to purchase bitcoin within the next few years, but among people aged between 55 and 64 this falls to 16%.

Bitcoin does enjoy the decentralization from central banks that would make it immune to money printing fiat currencies. But others point out the deregulated market of digital currencies leaves investors open to price manipulation, fraud and other criminal activity.

Also, Bitcoin is not backed by any physical asset and there is no credible institution that guarantees its value. This means that in the event of a disruption in the blockchain – such as a hack or a malfunction – there’s no third-party that can objectively step in to settle issues.

Both Bitcoin and gold have emerged as potential safe harbors against looming inflation risks.

However, these two asset classes are entirely different and investors should understand the risks of buying cryptocurrencies versus the time-tested performance gold has provided when the going gets tough.