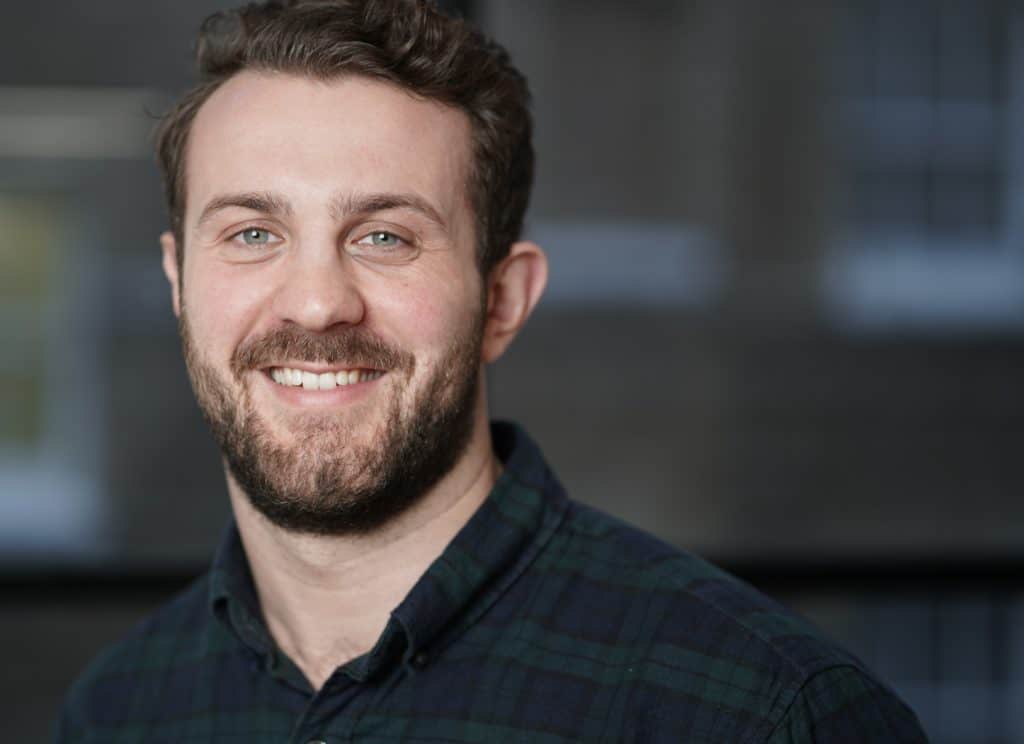 Trussle’s Philip Kelvin (pictured) has had greatness thrust upon him – at least for the moment.

The UK’s first online mortgage broker’s head of strategy landed in the hot seat last month after the firm announced that chief executive Ishaan Malhi was leaving with immediate effect, five years after co-founding the company.

The firm’s chairman Simon Williams, who has over 30 years experience in banking and working with fintechs, has been playing a bigger role. But that still leaves Kelvin, 26, as one of the most senior day-to-day voices in the 130-strong business until a new chief executive is found.

“We have a great management team here,” says Kelvin, a tall, lean man in a modern meeting room in the start-ups central London headquarters, a stone’s throw from the Barbican.

He adds: “The chairman has decades of experience and has been more involved over the last two months and everyone is full of confidence.”

Williams spent nine years at US giant as head of Citigroup’s international retail bank and was head of HSBC’s wealth management unit until 2014. Since then he has worked with leading fintechs in Silicon Valley and London’s Silicon Roundabout, including LendingClub, OnDeck Capital, Nerdwallet, and Crowdcube.

The business also announced it secured £7.5m of funding last month to spend on new products and upgrading its technology.

It was handed the cash by Dutch investment fund Rabo Frontier Ventures, as well as existing investors Goldman Sachs, San Francisco-based Propel Venture partners and Finch Capital based in Amsterdam.

The fintech said at the time the fresh funds came at a “pivotal stage” of the firm’s development as it bids to overhaul the £1.5bn mortgage loan market.

Kelvin, who never considered throwing his hat in the ring for the top job, stresses that this injection of fresh cash was not dependent on Malhi leaving.

Instead, he sees these funds as a vote of confidence in the remaining leadership team.

“When there a senior person leaves a company, a test is whether the remaining team can still function,” he says. “I think we have shown that this is the case.”

Kelvin joined Trussle just over 18 months ago from management consultancy Bain & Co, where he worked for two years. His first job after Durham and Cambridge universities was as a mergers and acquisitions analyst at Rothschild & Co in the financial services team.

Trussle was set up in February 2015 to streamline the lengthy process of applying for a mortgage, particularly if customers are self-employed, or have broken work histories, by Malhi, a former Bank of America Merril Lynch mortgage analyst when he was 25.

The online broker competes against such rivals as Habito, MortgageGym and Dashly.

House prices rose a modest 0.4 per cent in value last month compared to December, climbing 2.3 per cent on a quarterly basis, according to Halifax’s house price index.

Home prices are experiencing a modest ‘Boris Bounce’, enjoying a mixture of political certainty about Brexit and low interest rates.

Many analysts estimate the housing market will be buoyed over the first few months of this year. But expect uncertainty and debate over the UK’s future relationship with the European Union could mean more caution in the sector.

As a result, analysts consensus forecast is that house prices will rise by 2 per cent across the country this year, compared to 1.4 per cent in 2019, according to Nationwide.

But Archer added: “However, the economy still looks set for a pretty challenging 2020 so the upside for house prices is likely to be limited. Furthermore, Brexit concerns could very well pick up again as 2020 progresses due to concerns over what will happen at the end of the year if the UK and EU have failed to reach agreement on their longer-term relationship and the transition arrangement is due to end.”

Kelvin partially agrees. Trussle’s head of strategy says that a slowing economy and Brexit concerns meant “less people were willing to put their property on the market last year.”

He adds: “Figures traditionally bounce back in January, because understandably people are not willing to enter into the biggest financial commitment of their lives while preparing for Christmas.”

However, Kelvin also thinks Brexit will have less pull on the housebuying market as the year rolls on.

“I don’t detect people worrying about whether there will be a trade agreement with the EU as a major factor in selling their house or staying put this year,” he says. “I see house prices rising this year, but I think we are unlikely to see the uptick in prices we have seen over the last ten years.”

At a national level, the 2010s saw small house price growth in the aftermath of the financial crisis, before a surge in the middle of the decade, followed by a slowdown towards the end of the decade dogged by Brexit uncertainty.

Average UK house prices jumped 33.7 per cent over this 10-year period, though this was less than half of the 72 per cent hike sellers in London pocketed, although the market in the capital has cooled.

Kelvin points to two faults in the housing market that have been exacerbated over the last decade.

He says: “Throughout this period it has become increasingly difficult for first-time buyers to get a foot on the ladder. The Help to Buy scheme to help young buyers came to an end in November, and so far has not been replaced.”

He adds that over two million long-standing mortgage payers have lapsed onto their lender’s high-interest standard variable rate and are on average paying £4,500 a year more than they need to in interest payments. Collectively this adds up to £9bn in annual needless mortgage payments.

“This is a scandalous situation,” says Kelvin. “It’s an example of how vulnerable people in society can get screwed over by institutions.”

However, successive governments have been unwilling to grasp the UK’s housing shortage. There has been a succession of housing ministers in recent years, which experts say demonstrates how little focus the problem gets at a national level.

Today, Ester McVey lost her job as housing minister in a post-Brexit cabinet reshuffle, after being appointed last July, and was replaced by Christopher Pincher, previously a foreign office minister, making him the 10th housing minister since 2010.

If Kelvin were in a meeting with the new minister, he would say: “The basic problem with the housing crisis is to build lots of houses, and ease supply. Or offer real help to people with finance.”

Trussle’s technology constantly searches through 12,000 deals of more than 90 lenders to alert homebuyers to money-saving switching opportunities. Kelvin says this is most of the market, barring up to 30 specialist lenders who concentrate on areas like bridging loans or later life mortgages.

Its homebuying service is free to use to borrowers, the business makes the bulk of its cash from payments, called procuration fees, handed over by lenders for every mortgage they sign from its platform. These fees vary, but are typically 0.35 per cent of the mortgage.

The business also employs a team of qualified mortgage advisors to give personal advice to homebuyers online, or over the phone.

“Our advisors are not incentivised over the size of the mortgages they arrange,” says Kelvin. “They are paid the same whether they pass on a £100,000 mortgage, or one worth £2m.”

The lean economics of platform firms make them ripe for cross border expansion. However, the national peculiarities of housebuying markets across the world makes foreign expansion harder for online brokers.

The UK market is very different from most of the European market. Britain writes an average of 1.5 times more mortgages than the European average. Its mortgages are relatively short, between three to four years, compared to continental averages of around a decade. Also, 75 per cent of these mortgages are arranged using brokers, again much higher than in on the continent.

Trussle has “no plans” for foreign expansion, adds Kelvin.

However, industry watchers say the Dutch market has some similarities with the English model. The US market also has a robust housing buying culture, as opposed to long-term family rental, but it does have established online brokers such as New York-based Better Mortgage and Rocket Mortgage, based in Detroit.

But rather than looking aboard, Kelvin and Trussle’s staff have an eye on the firms’ front door, to see who walks in as their new boss. They will wonder what plans they have in their back pocket for the country’s first online mortgage broker.