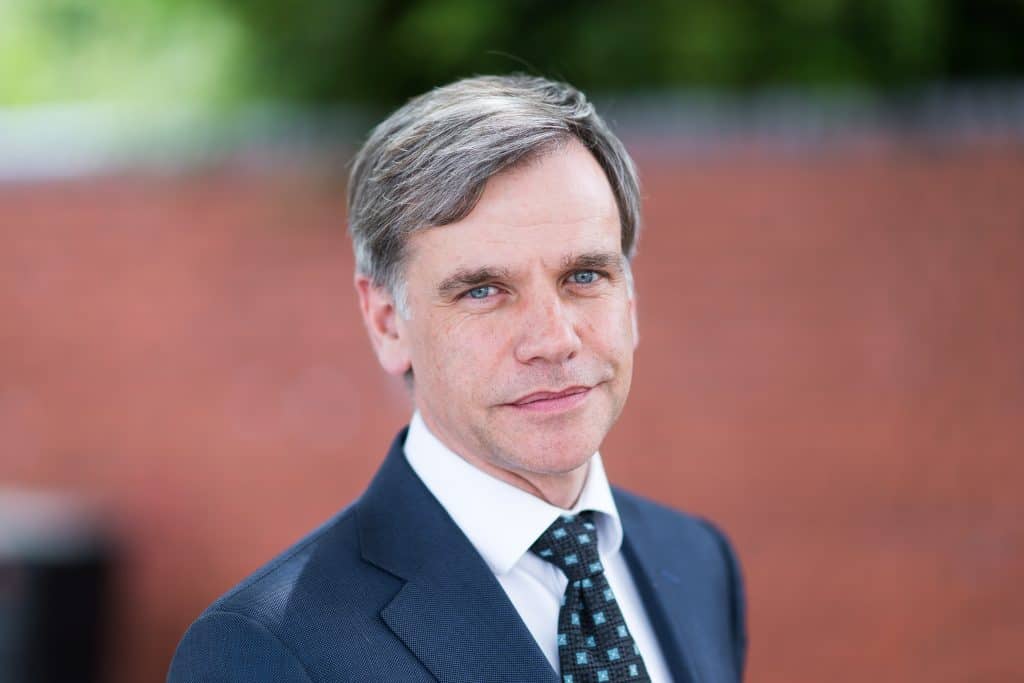 Keith Morgan (pictured) may be forgiven for comparing his eight years as chief executive of the British Business Bank to Hercules cleaning out the Augean stables.

The government’s economic development body has £7bn of loans and guarantees supporting over 91,000 new firms at the end of June.

However, he is at the mercy of a slowing UK economy, weighed down by prolonged Brexit negotiations, US-China trade tensions and a weak eurozone. All of this has held back business investment.

Even though Britain is set to leave the European Union (EU) at the end of this month, Prime Minister Boris Johnson had committed the UK to end trade talks with the EU in December, a tight timetable which may see the UK leave its largest trading partner without a comprehensive deal. Economists say this prospect will continue to dampen foreign and domestic business investment in the UK throughout 2020.

Earlier this month, the British Chambers of Commerce estimated the UK economy grew by 1.3 per cent in 2019, and predicts growth will slow to 1 per cent in 2020 as the economy entered the new year in “stagnation”, amid long-term uncertainty and rising business costs. The Bank of England forecasts UK growth in 2020 will be a modest 1.6 per cent.

Morgan is clear about the effect years of stalemate has had on the UK’s 5.9 million small businesses.

“The demand for finance is falling,” a lean Morgan told LearnBonds at the bank’s spacious London offices close to Fleet Street. “There is a growing reluctance for small and medium-sized firms to take on new debt.”

Seventy-three per cent of small firms are “willing to forgo some growth to avoid borrowing”, the Business Bank said in its annual 2019 report, published in July, with just 36 per cent of small businesses using external finance in 2018, a 2 per cent fall from the year before.

The bank’s report added: “The economic environment has been challenging, and confidence has declined.”

However, Morgan, who was awarded a CBE in the New Year Honours list, has an uncomplicated view about the job the bank does.

He says: “Our job is to grow the capacity for lending in the market. Small businesses benefit from more choice.”

The bank was first announced by the then business secretary Vince Cable in 2012, the first national development bank in Britain for almost 40 years. The UK was the only country in the G7 group of countries not to have one.

Morgan, a Harvard Business School graduate, was officially brought in to help establish the bank in January 2013, and became its chief executive in December of that year.

He came from UK Financial Investments, where he joined as executive director in 2009 to help manage the government’s holdings in Northern Rock and Bradford & Bingley after the firm’s had collapsed during the financial crisis. He led negotiations of the £747m sale of Northern Rock to Virgin Money, and helped manage the rundown of the remaining mortgages with the creation of UK Asset Resolution.

Prior to that, Morgan, the son of a naval architect, worked at several large financial institutions including Santander in the US, the Abbey National and also spent 17 years at LEK Consulting where he specialised in financial services.

In October, Morgan announced he would leave the bank at the end of 2020, and at 56 has not decided what he will do next. The bank has begun its search for a successor. However, Morgan still remembers what it was like entering the new business eight years ago.

“I actually joined the bank at the backend of 2012, and the country was still feeling the ripples of the financial crisis,” he says. “Big banks were not lending to small firms, and that was holding back investment and the creation of new jobs. It was important to allow these companies access to debt, to make more options available.”

The Federation of Small Business’ policy & advocacy chairman Martin McTague says that Morgan did “a fantastic job” at this crucial time for small firms across the country.

The lobby group’s McTague adds: “After the financial crash, a lot of lenders pulled the plug on small firms. There was a very clear and serious market failure. Thankfully, the British Business Bank stepped in to back thousands of small businesses that were viable, but were struggling to convince cautious, traditional lenders that they were credit-worthy.”

McTague says: “Its recent efforts to support entrepreneurs in regions outside of London and the South East, where venture finance in particular is hard to come by, have been instrumental to the success of firms that might have otherwise gone under. The new chief executive should build on this and, if needed, secure more resources from government to ensure this activity is further-reaching.”

The bank, which has its headquarters in Sheffield, employs 350 staff. It does not lend money directly to firms. It instead directs cash to more than 130 partners – including private equity firms, alternative lenders such as Funding Circle and OakNorth, and regional development bodies – who lend directly to small firms.

The bank has four main areas of lending.

It grants start-up loans to those about to open a small business, often to a sole trader. The lender has awarded around 67,000 of these loans totalling £534m over the last five years, with the aim of spreading finance to people who find it hard to get backing. It said 38 per cent of these loans, of up to £25,000, have gone to women, 22 per cent to ethnic minorities, and 35 per cent to people who did not have a job at the time.

The failure rate of these brand new firms is around 25 per cent to 40 per cent, which is common among new businesses.

But Morgan says: “Many of the failures go on to do good things. They go on to get a good job, or start a second business and so contribute to the economy.”

The bank boss also invests in Angel funding, which are slightly larger firms that “need to commercialise their ideas”. It backs Angel investor groups who lend between £100,000 to £1m to small firms who show signs that they are ready for fast growth. Its main Angel CoFund, which pre-dates the bank, has pulled in £310m of investment since 2011.

It also backs firms through venture capital funding. These are fast-growing companies that have a developed business model, but need cash to cope with high demand and rapid expansion. The bank usually comes in at the seed to Series A stage, typically investing between £1 to £5m. Its Enterprise Capital Funds, which also pre-dates the bank, have granted £1.3bn of investment since 2009.

British Business Investments invests through lenders providing debt and equity across areas such as asset finance, merchant cash advances and other marketplace lending. This unit also has a Regional Angel Programme and a Managed Funds programme that invests in Funds of Funds, designed to boost institutional funding of long-term patient capital for high growth innovative businesses.

Swimming against the tide

In December, the unit committed up to £100m to private equity group Hermes GPE to back growing tech firms in the UK and across Europe.

The bank has also committed £400m to Northern Powerhouse projects, £250m to schemes in the Midlands, £40m in Cornwall and £30m in Northern Ireland.

But despite the bank’s efforts to encourage alternative sources of lending, finance remains sticky. Around 85 per cent of all business lending comes from the big five high street banks – Barclays, HSBC, NatWest, Lloyds and the Royal Bank of Scotland. This figure has changed little in the development bank’s existence.

The next British Business Bank boss, like Morgan, will have their work cut out, running fast to stand still.

Note: Are you looking for loan from top bankers? Visit this no credit check short term payday loans provider pages.