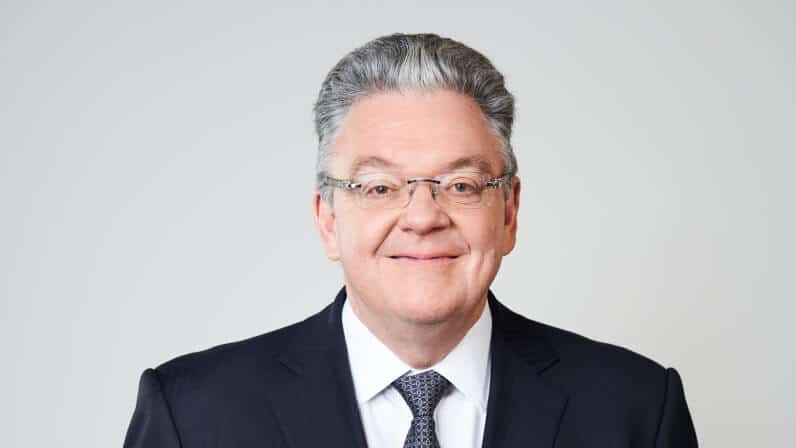 DHL Express chief executive John Pearson knows the global parcel business he runs is in the right place, but he sits behind his desk in Bonn with a stubborn look of someone who expects things to get better.

The unit, owned by Deutsche Post DHL since 2002, posted a robust set of results for the first nine months of the year, earlier this month.

Sales lifted 6.3 per cent to €12.5bn in the nine months to the end of September, compared to a year ago. Operating profit rose 3 per cent to €1.4bn over the same period, with the business citing growth in all regions.

The wider group, which includes postal deliveries in Germany, shipping freight and business supply chain deliveries, saw sales rise 3.9 per cent to €46.4bn in the first nine months of the year, while consolidated net profit jumped 40 per cent to €1.8bn in the same period, after the deduction of non-controlling interest.

Trade war tensions between the US and China have impacted the group’s performance globally, slowing economic growth in Germany and weak consumer spending across the rest of the eurozone.

The firm said it expects these conditions to continue until at least the middle of next year, but was still able to reiterate its full-year earnings guidance until 2022.

Pearson, a heavy-set Englishman, leans back in a blue open-necked shirt and grey trousers in an airy nondescript office in Deutsche Post’s sprawling management complex.

He says: “We performed well, but we had to work a bit harder for our money this year.”

Pearson adds: “The saying is that global trade is too big to fail, and they are right. If there are difficulties in any one region, industry, or channel – opportunities will pick up elsewhere.”

The 56-year-old points out that sales growth across the Americas has run at just under 10 per cent this year, while the Middle East and Africa grew at 8 per cent in 2019.

He adds: “Our sales base distributes widely, and that is one of the benefits of being a global company.”

There is no doubting the breadth of DHL.

The business has come a long way from its roots when founders Adrian Dalsey, Larry Hillblom and Robert Lynn began couriering legal documents between San Francisco and Honolulu, Hawaii, fifty years ago in 1969.

The group currently spends €1bn a year on new investment, but Pearson points out that the business has over 3,000 facilities around the world, and upgrading automation in these facilities can “soon eat up that investment.”

The unit upgraded its Cologne, Germany, hub in August totalled €123bn, and a Malpensa, Italy, the centre will complete its €109bn renovation next June.

Pearson, educated at Uppingham boarding school in Rutland, joined the business 33 years ago in 1986, and has worked all over the world for the group. He took over the top job in January, replacing Ken Allen, who moved to run the group’s new e-commerce unit.

Pearson says changing technology, such as increasing automation, has always had a profound effect on the industry. But, he says, perhaps the most significant impact has been the rise of e-commerce over the last six years, or so.

“They say you only get one China in your lifetime, but that can also be said of e-commerce,” says Pearson.

Digital technology has had two powerful effects on the delivery business. Letter sales are dwindling due to email dominance, but parcel sales are increasing because of the growth of Amazon and hundreds of other online firms.

However, in this expanded market, DHL competes against three US rivals across the globe United Parcel Service, FedEx, and Amazon, in a market valued at $380bn last year, according to research firm Apex Insight

The big tech giant uses all three firms to help deliver over 5 billion Amazon Prime items around the world, as well as continually developing its own logistics infrastructure.

But apart from increasing volumes, digital technology allows firms to use analytics to cut costs as well as grow sales.

DHL’s e-commerce unit has an analytics team that tracks sales patterns for smaller brands and retailers across more than 100 markets. It can tell which regions are spiking and suggest where these firms should target resources to boost revenues.

Pearson sees these areas as vital to make sure lean digital start-ups do not begin eating into its sales.

“There are pockets of disruption across the many markets we work in,” says Pearson. “We are on guard not to let other firms get in between ourselves and the merchants we work with.”

But digital technology can also help a global giant like DHL cut its spending. Pearson said the group is currently piloting software that studies the route a typical driver, with 80 packages to deliver in four hours, should take.

“When you have as many vehicles as we do, just a 0.1 per cent improvement is big for us,” the parcel boss says.

The battle for Christmas

Pearson and the business are geared up for the fourth quarter, the busiest period for the group. In the UK alone, the Royal Mail said it delivered 164 million parcels last Christmas, up 10 per cent on the year before.

He said the spread of Black Friday sales from the US to other markets in recent years, which quickly runs to Christmas, “means there is more pressure in this period than the year before.”

Pearson knows that making 2019 an exceptional year, depends on having an exceptional fourth quarter, and that means battling three of the biggest firms in the world, one brown parcel at a time.