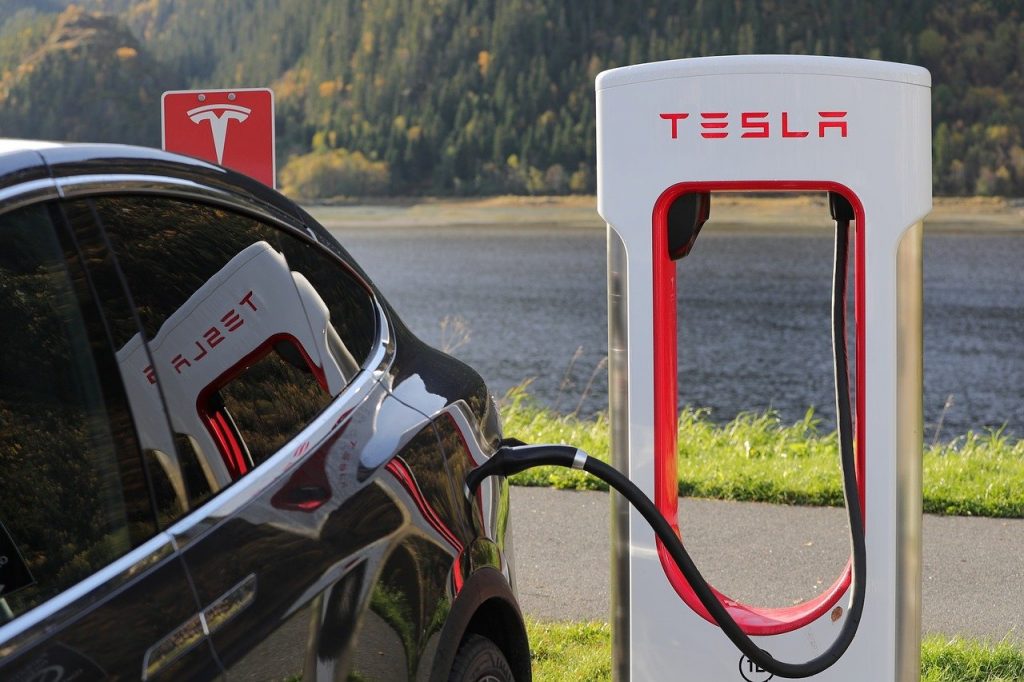 “While the Company’s new order reached an all-time high in August driven by the increasing demand, the vehicle production, especially the manufacturing of the ES6 and EC6, was materially disrupted by supply chain constraints resulting from the COVID-19 pandemic in certain areas in China and Malaysia,” the company said in its release. NIO said that “continued uncertainty and volatility of semiconductor supply” were behind the guidance cut.

Tesla provides annual guidance. For 2021, the company hasn’t provided quantitative guidance. Last year, the company had guided for half a million deliveries and it almost reached the feat despite plant closures. In 2021, Tesla expects deliveries to rise above 50%. However, the chip supply situation could take a toll on the guidance.

During the first-quarter earnings call also, Tesla’s CEO Elon Musk had talked about supply chain issues. “This quarter, and I think we’ll continue to see that a little bit in Q2 and Q3, had some of the most difficult supply chain challenges that we’ve ever experienced in the life of Tesla and same difficulties with supply chain, with parts — over the whole range of parts. Obviously, people have heard about the chip shortage. This is a huge problem.”

Meanwhile, despite the chip shortage situation, the company’s deliveries have been rising and making a new record every quarter.

Elon Musk on the chip shortage

Meanwhile, Musk has said that the chip shortage is a “short-term” issue. “There’s a lot of chip fabrication plants that are being built and I think we will have good capacity by next year,” said Musk. Notably, chipmakers are pouring billions into new fab plants including in the US. However, there is a lead time before these come online. Micron, for instance, expects the chip shortage to continue into 2022. Glenn O’Donnell, research director at advisory firm Forrester expects the shortage to stretch into 2023. Meanwhile, the global automotive industry is expected to lose above $200 billion in revenue in 2020 due to production bottlenecks.

Last week, Credit Suisse issued a bullish note on Tesla calling it a top pick in the EV industry. “The most obvious beneficiary from a brighter U.S. EV outlook is Tesla, which is the company in our coverage which is best positioned as a winner in an EV world. Simply, with greater consumer acceptance/feasibility of EV, it expands the pool of potential Tesla buyers,” it said in a note. 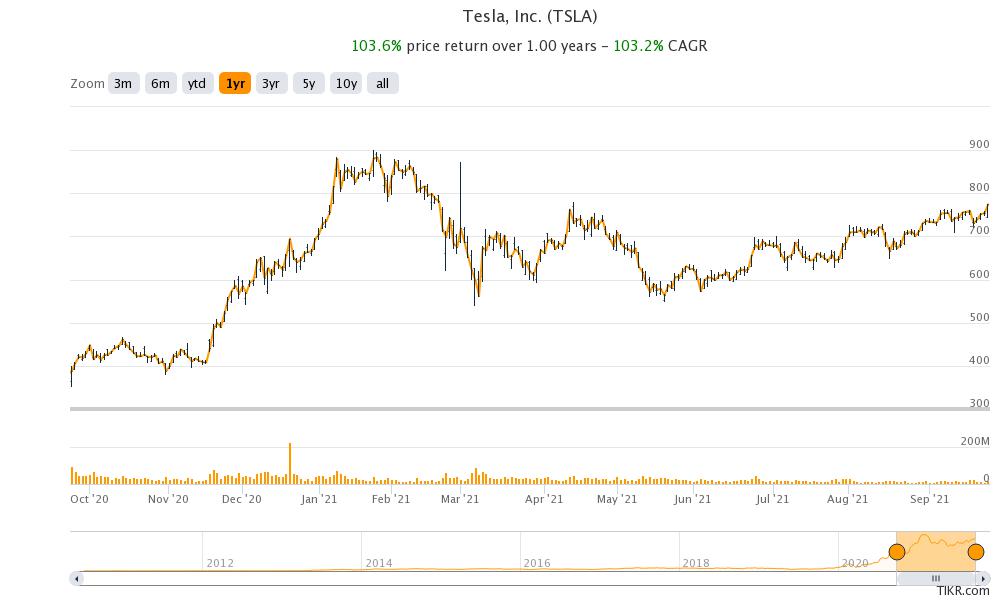 Tesla has received 12 buys, seven sell, and seven sell ratings from the analysts polled by TipRanks. Its average target price of $690.59 is a discount of almost 11% over current prices. But then, the stock has generally traded above its consensus target price for the most part over the last two years.

The rally in Tesla stock had begun in October 2019 when it posted a surprise quarterly profit. Since then, the Elon Musk run company has posted a profit in every quarter. Last year was particularly good for Tesla as well as other EV companies. Tesla stock rise 740% in the year and its market cap surpassed that of all leading automakers put together.

Musk has reportedly told employees that September would be “the craziest month of deliveries Tesla will ever have.” Analysts, on average, expect the company to deliver 221,000 vehicles in the quarter. Next week we’ll get to know how many cars the company managed to deliver in the quarter. The release would also offer insights into how the chip shortage situation is taking a toll on the company.

Long-time bull Cathie Wood has been selling Tesla shares this month and instead been buying Robinhood. She has a base case target price of $3,000 for Tesla. However, that’s a five-year target price. Wood meanwhile has said that if the stock hits the price target next year, she would be selling off Tesla that ARK Investment holds.

Gene Munster of Loup Ventures is another long-term Tesla bull. He expects the company’s market capitalization to rise to $2 trillion by 2023. Munster had correctly predicted Apple’s market capitalization reaching $2 billion. However, he sees Apple’s entry into the EV industry as a big risk for Tesla. Given its fan following and strong brand and history of coming up with premium products that buyers love, Apple could be the biggest challenge that Tesla investors should watch out for.

How to buy Tesla stock

Meanwhile, despite many analysts scoffing at its high valuations, Tesla stock has managed to hold its ground. Many of the retail investors are quite bullish on the company. While Wall Street has a mixed forecast for the stock, it still remains the best way to play the pivot towards green energy, if you are comfortable with the valuations.