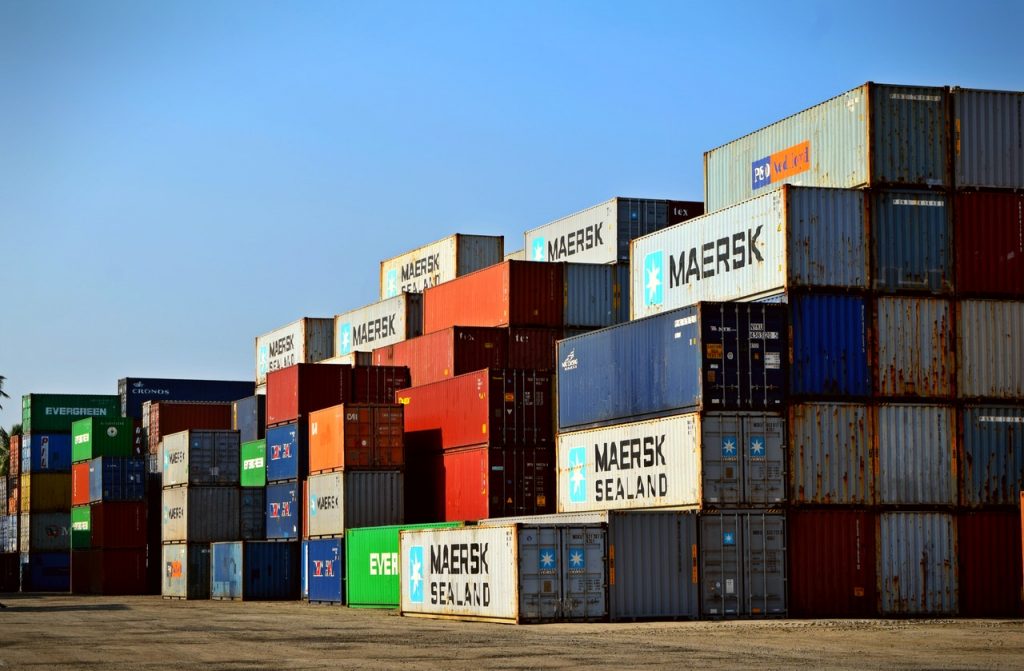 The global supply chain seems broken. Several companies have pointed to supply chain woes, both domestically as well as internationally.  What do these supply chain issues mean for the markets?

To begin with, the global supply chain problem is multi-faced. To begin with, there is a crippling semiconductor shortage. Since these chips go into everything from cars to gadgets and white goods, the production lines have been hit. For instance, AlixPartners estimates that the chip shortage would cost the global automotive industry $210 billion in revenues this year. To put that in perspective, that’s above New Zealand’s GDP. The country is ranked 50th in terms of GDP globally.

In May, AlixPartners had estimated a production loss of $110 billion. Now, it sees 7.7 million units of auto production would be lost in 2021 as compared to its previous forecast of 3.9 million units.

“Of course, everyone had hoped that the chip crisis would have abated more by now, but unfortunate events such as the COVID-19 lockdowns in Malaysia and continued problems elsewhere have exacerbated things,” said Mark Wakefield, global co-leader of the automotive and industrial practice at AlixPartners. He added, “Also, chips are just one of a multitude of extraordinary disruptions the industry is facing—including everything from resin and steel shortages to labor shortages. There’s no room for error for automakers and suppliers right now; they need to calculate every alternative and make sure they’re undertaking only the best options.”

Here it is worth noting that the automotive industry is especially prone to supply chain problems. Several components, made by different vendors, go into producing a car. The shortage of even one part, however immaterial it might seem, hampers the production lines.

Tesla has been able to survive the supply chain woes

Meanwhile, while all the legacy automakers and most of the startup electric vehicle companies are grappling with supply chain woes due to the chip shortage, Tesla’s performance stands out. Tesla produced a total of 237,823 cars in the third quarter which was far ahead of estimates. The Elon Musk-run company delivered 241,300 cars in the quarter which were way ahead of estimates.

Tesla delivered 232,025 Model 3/Y in the quarter while the remaining 9,275 were Model S/X. The company’s annual delivery run rate is now approaching 1 million which is no mean achievement in itself considering the fact that it produced its millionth car only last year. Looking at the momentum and the progress at the Berlin plant, Tesla looks set to deliver over a million cars in 2021.

What has been causing the supply chain issues

There has been a perfect storm in the global supply chain. Demand has picked up, especially in the US, while supply hasn’t kept pace. Also, since factories were closed for a long period last year, there has been a lot of inventory drawdown. As a result, companies have been looking at inventory restocking further leading to increased demand.

Then we have the localized spreads of coronavirus in parts of Asia, especially in Vietnam and Malaysia. Both these countries are quite important for global supply chains. Notably, Nike is among the companies that are severely impacted due to factory closures in Vietnam. The company has had to lower its guidance as it cannot source enough to satiate the strong demand.

There is a shortage of everything

Add the container shortage problem, issues at ports, shortage of drivers to transport the goods inland, and the global supply chain issues only get amplified. China’s power crisis is also adding to the problem. Notably, several perennially oversupplied industries have also become supply-constrained now and several companies including HP and Daimler have said that they can sell everything that they are able to produce.

According to FactSet data, 71% of the 21 S&P 500 companies that have reported their third-quarter earnings so far have talked about supply chain problems. At least in absolute terms, the number would run much higher by the end of October as more US companies release their earnings.

A German thinktank Kiel Institute for the World Economy has lowered its projection for global GDP growth to 5.9% in 2021 from the previous guidance of 6.7%. Among other factors, it cited supply chain problems for the lower forecast. 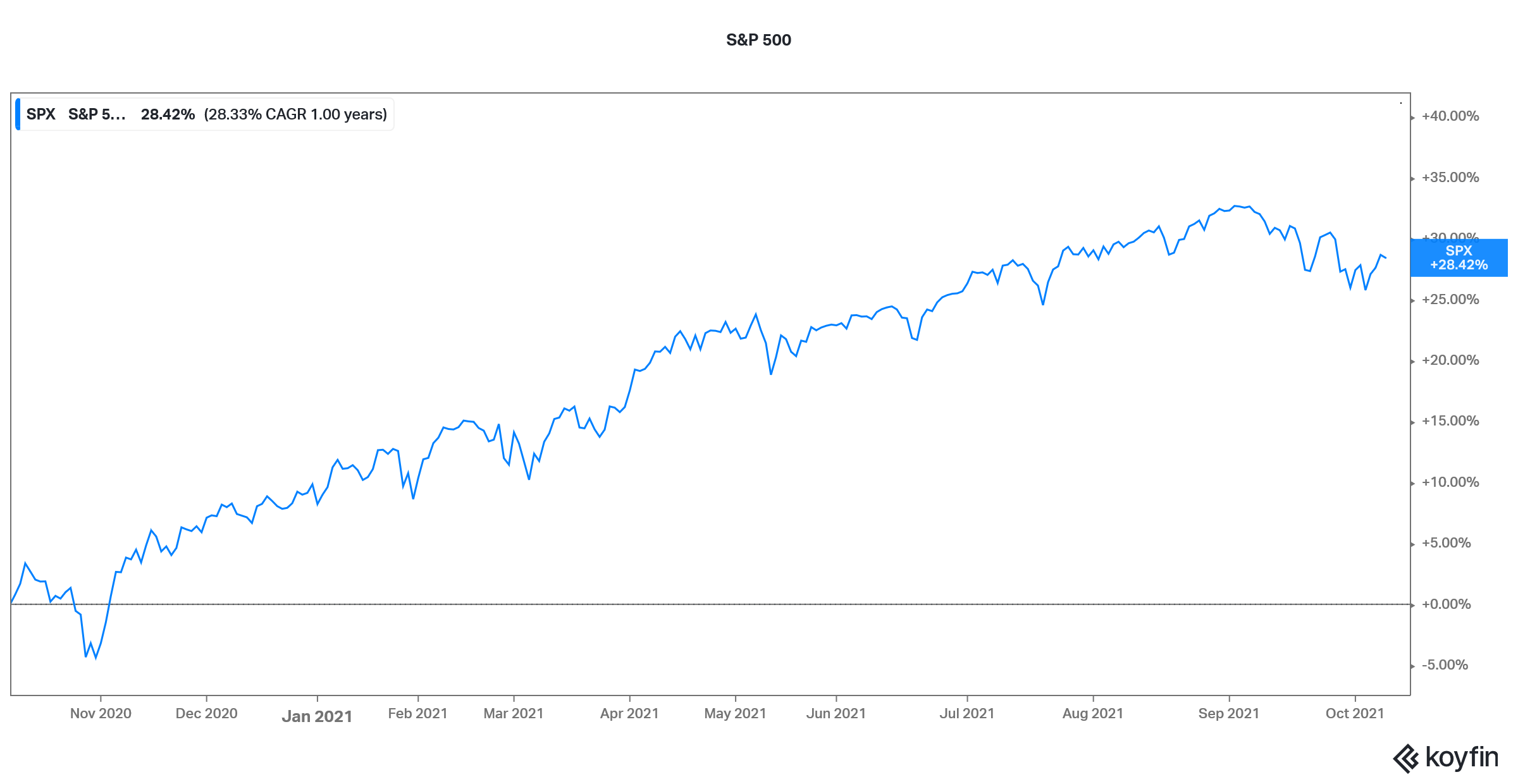 At the bottom of the charts are companies like Hanes Brands, Ralph Lauren, Ross Stores, and The TJX Companies which source only about 15% from Vietnam. “The production stoppages in Southeast Asia starting in August due to COVID have served to heighten shipping delays and costs across the industry spectrum,” said Cowen’s John Kernan. He expects many US companies to lower their guidance during the upcoming third-quarter earnings calls.

He also said, “With ongoing global supply chain disruption leaving inventory levels lean across channels and costs increasing, we see prospects for a pull-forward of Holiday shopping to mid-Fall from traditionally Nov/Dec.” Indeed, many others have been advising pulling forward the Christmas buying to escape last-minute shortages.

Trump’s trade war already made several US companies do a rethink their international sourcing strategy and many of them pivoted to other Asian countries. With the global supply chains facing strains now, companies would not need to do another rethink of their sourcing strategy. While some of the sourcing might get on-shored, most other companies would like to split them evenly across different countries in order to offset the issues in one region.

For now, the global supply chain issues look set to persist for some more time. As an investor, you can be better off by investing in ETFs and diversify your investments across a basket of stocks. By investing in an ETF, you get returns that are linked to the underlying index after accounting for the fees and other transaction costs. There is also a guide on how to trade in ETFs