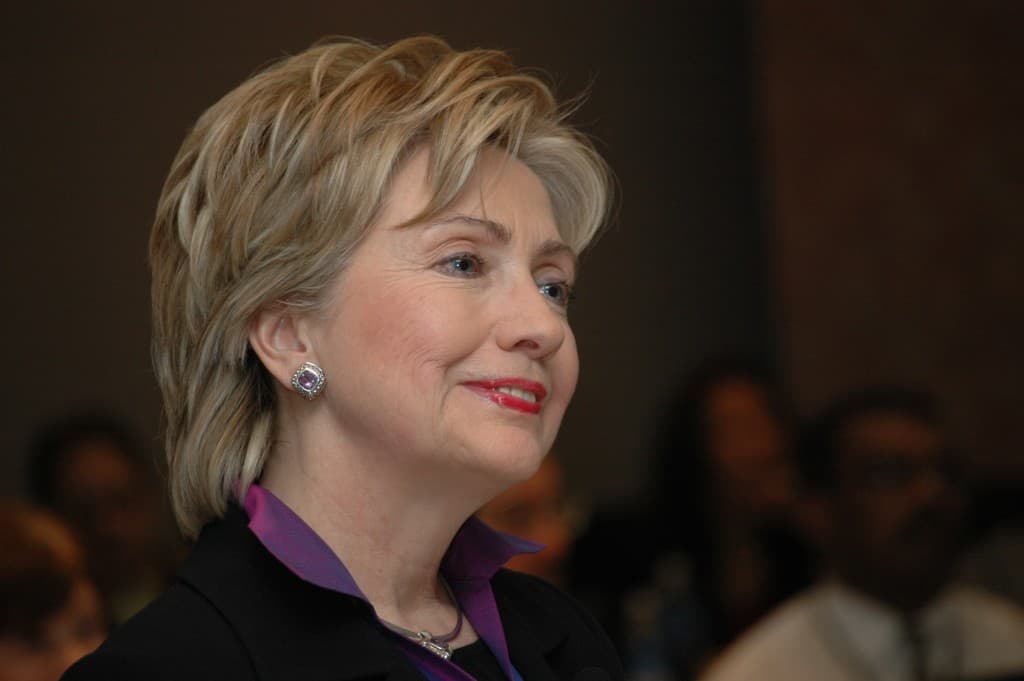 iShares NASDAQ Biotechnology Index (ETF)  is in bubble territory. That’s been true for a very long time. On Monday, after Presidential Candidate Hillary Clinton announced that she had a plan to outlaw some of the pricing strategies used in the industry, the index crashed by more than 4.5 percent. She may have set off the crash, but it certainly wasn’t her fault.

Martin Shkreli, the head of Turing Pharmaceuticals, brought on the Tweet from Clinton. He raised the price of a special drug by more than 5,000 percent after buying it from its previous owner. Though he set off the Tweet from Clinton, the fall in Biotech wasn’t Mr. Shkreli’s fault wither.

The truth is that the iShares NASDAQ Biotechnology Index (ETF)   was in a bubble, propped up by cheap money and a bull market.

Hillary Clinton isn’t even the president. She hasn’t yet revealed her plan to control prices in the pharmaceutical world. The ETF that covers biotech firms was really maimed by her Tweet, however. That’s the sign of a security that’s very sensitive to headlines.

The risk of Hillary Clinton doing something that would affect the profits of Biotech firms has to be dampened by the chance that she won’t get elected, and the chance that her plan will be a softer version of a price control than anything a 4.5 percent crash in a major ETF would justify.

The fact remains, however, that the iShares NASDAQ Biotechnology Index (ETF) has risen very fast, and it’s attracted a lot of investors who are looking to duck out before a crash. That makes it very volatile, and it makes it react harshly to comments like those made by Hillary Clinton on Monday.

In the last five years the major Biotech index has risen by close to 300 percent. In the last year, as the stock market as a whole has languished, the ETF has gained more than 22 percent. It went through a rock patch this Summer as worries about China and the actions of the Federal Reserve interfered, and has been on a downward trajectory for a few months.

It was that downward trend that Hillary Clinton put pressure on with her comments on Monday. Wall Street already seems to think the iShares NASDAQ Biotechnology Index (ETF) was overvalued, and those trading the instrument are likely worried that it will crash at some point.

Hillary Cinton, and the slow crash that happened right after she spoke, gave traders a glimpse of what could happen to the Biotech market.

It’s not even directly clear that Clinton’s comments caused the first dip in value on the index. What is clear is that the attribution of the first dip to her comments fuelled the drop in the index. The iShares NASDAQ Biotechnology Index (ETF) was in a rough spot long before this week started, however, and blaming her for the problems in the Biotech market doesn’t seem all that helpful.