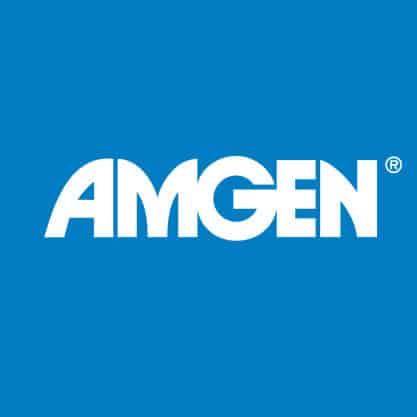 This week, an advisory panel of the U.S. Food and Drug Administration will be looking at an experimental cholesterol-lowering drug from Amgen, Inc. (NASDAQ:AMGN).  If approved, it could pave the way for a blockbuster medicine with the potential for billions of dollars in annual sales.

The panel will be evaluating evolocumab, a new LDL-lowering agent, which could be the first major breakthrough in coronary heart-disease since statin pills were first introduced in the late 1980s.

The FDA’s Endocrinologic and Metabolic Drugs Advisory Committee will weigh the risks and benefits of recommending evolocumab for approval on Wednesday.

“If approved, the drug would provide patients and physicians with an important new treatment option for managing high cholesterol,” Sean Harper, Amgen’s R&D head, said in a statement.

The New Class of PCSK9 Inhibitors

Amgen, Inc. (NASDAQ:AMGN)’s new biotech drug restricts a protein called PCSK9, which impedes the liver’s ability to get rid of bad cholesterol. It comes in an injectable form that patients will be able to themselves administer. Several studies have indicated that its use drastically reduces bad cholesterol levels in patients, without any major side-effects.

The FDA is yet to be entirely convinced, and is assessing whether the drug could raise the risk of memory impairment or delirium. However, Amgen, Inc. (NASDAQ:AMGN) remains confident, saying that tests conducted so far haven’t suggested any heightened and significant risk.

Amgen Blockbuster in the Making

Given the current size of the lipid-lowering drug market, the PCSK9, if approved, could very well become the industry’s biggest-selling new drug. Doctors have been for some time looking for alternatives to statins that millions of patients worldwide can’t tolerate. Goldman Sachs expects global sales to reach as much as $10 billion a year.

But Amgen, Inc. (NASDAQ:AMGN) could face some resistance from health plans and drug-benefit managers. According to analysts at Sanford C. Bernstein, the price of the drug could come in at around $1,000 a month, which would translate to an unprecedented annual burden of close to $150 billion on the healthcare system.

Sanofi, Regeneron Also in the Race

Sanofi SA (ADR) (NYSE:SNY) and Regeneron Pharmaceuticals Inc (NASDAQ:REGN) are also seeking to target the market for PCSK9 inhibitors. Praluent will be up for review on Tuesday. Sanofi and Regeneron have been aggressively trying to make the case that the dosing regimen for their drug is superior to Amgen, Inc. (NASDAQ:AMGN)’s.

In October last year, Amgen filed a lawsuit against the two companies requesting a federal court to prevent sales of their drug. Sanofi SA (ADR) (NYSE:SNY) and Regeneron Pharmaceuticals Inc (NASDAQ:REGN), on their part, have reiterated that Amgen’s patent suit lacks merit.