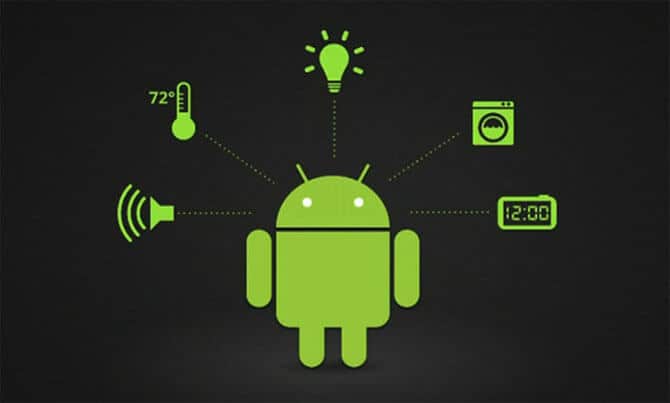 Google Inc , was poorly priced by most of Wall Street leading into the firm’s June quarter results, and many analysts will be looking to rethink their outlook on the firm in the wake of those numbers. Credit Suisse was first out the door on Friday morning, boosting its price target on the firm to $750.

After the market closed in New York on Thursday afternoon Google showed earnings per share of $6.99 on revenue of $17.7bn. Wall Street had been looking, by consensus for revenue of $17.4bn and EPS of $6.71. Those numbers rose strongly, as did shares, in the days leading into the release.

Wall Street admits it was wrong on Google

Here’s a look at the Wall Street reaction to Google’s earnings on Friday, July 17:

Credit Suisse analyst S. Ju raised his price target from $700 to $750 this morning on the back of Q2 results. He said that Google showed strong cash-flow during the period, and that was a great sign going forward.

Cantor Fitzgerald analyst Youssef Squali raised his price target from $625 to $720 and pointed at US growth as well as “encouraging comments from new CFO Porat on cost discipline and capital allocation are welcomed” as key points to watch going forward.

Piper Jaffray analyst Gene Munster raised his price target from $631 to $723 and said that “mobile CPCs were up and continued to close the gap on desktop.” and “it noted accelerating YouTube usage despite recent media coverage on Facebook Video growth.”

Needham & Company analyst Kerry Rice raised her price target from $675 to $740. She said that “incremental growth in mobile monetization and YouTube to serve as Google’s engine of growth over the next several years.”

Jefferies US Internet Team put a $800 price tag on Google shares, up from $700 before earnings. The team said that YouTube growth and Porat’s cost controls were the major reasons for upside ahead.

FBR Capital analyst William Bird put a $749 price target, up from $672.00, on shares in Google and said that the “potential for greater opex/capex efficiency, a slower rate of fade in core search, and potential capital returns” were all set to drive shares higher.

RBC Capital analyst Mark Mahaney raised his price target to $750 from $640 and called the Google results a “rare clean beat.” He pointed to the Organic Ad Rev Growth of 17% as a major number for the firm, and said that he reckons “there are more cost efficiencies to come.”

BMO Capital analyst Daniel Salmon boosted his price target from $670 to $770. Salmon already upgraded his view on Google , on Thursday, citing likely cost cuts as a reason to boost his price target to $670. Today’s bump is based on “potential capital return,” “acceleration of YouTube metrics across the board,” and a possible move toward the ““portfolio of apps” strategy/messaging that has served Facebook so well.”

Rosenblatt analyst Martin Pyykkonen boosted his price target on shares in Google from $600 to $750. He says that the target is based on half the multiple he has on Facebook, a fair forecast he says because of the contrast in growth rates.

Cowen analyst John Blackledge boosted his target to $775 from $693. Blackledge says that costs drops on both opex and capex were the most important numbers in the report on Thursday.

Baird analyst Colin Sebastian drove his price target to $720, up from $690. He says that the firm is still one of the “top Internet picks for 2015, with what we believe will be continuing favorable growth and more stable margins.”

Deutsche Bank’s Ross Sandler said that could be the “dawn of a new era” for those with shares in Google. He put his price target at $780, up from $670. Those in charge now “care deeply about its stock price and talent retention” and that’s going to be a great trend going forward he says.

MKM Partners started covering Google this morning with a price target of $805, while Axiom Capital upgraded the firm from Hold to Buy and put a $850.00 price target on shares.

FBN’s Shebly Seyrafi put a price target of $800 on Google shares this morning. Seyrafi said that the firm’s strength across the board made it worth that massive price target. His last target on the firm sat at $650.

On this morning’s pre-market shares in Google are trading at more than $650, an all time high for the firm. Just five days ago shares were selling for under $530. Any who bought in when Google hit lows a week before its June numbers release would have brought in a return of more than 22 percent in just a few days.

Wall Street had Google really wrong for the last year, and it seems research firms are backing Ruth Porat, the firm’s new CFO to show its CEO Larry Page and his partner Sergey Brin the way forward.

How did Wall Street get Google , so wrong? The firm’s shares, at close in New York on Thursday, sat at the same price as one year ago. Just a week back shares were trading down 11 percent over twelve months.

Whatever Wall Street missed over the last year, it’s apologizing effusively on Friday morning. Google has seen so many price target boosts this morning that it’s difficult to take them all in. As more reports come in we’ll try to add to our list.